Money to the grassroots 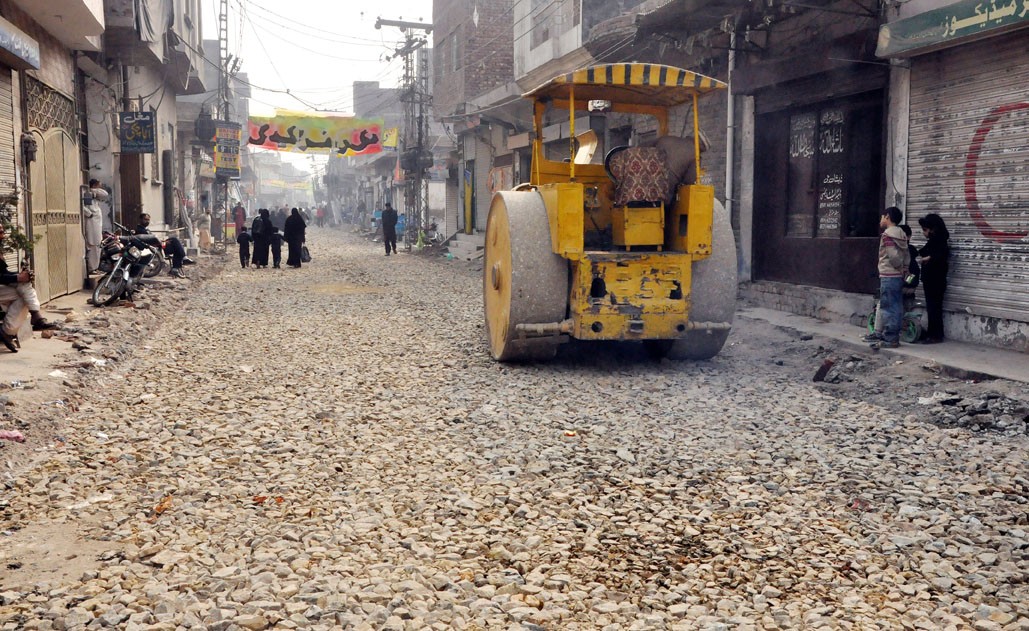 The importance of local governments cannot be ignored, especially in a country like Pakistan where huge development gap exists in all spheres of life. There is a direct link between improved service delivery and transfer of powers, both administrative and financial, to the local governments representing the masses at the grassroots level.

Under the last National Finance Commission (NFC) award in year 2010, the Centre has transferred one per cent of Gross Domestic Product (GDP) additional financial resources to the provinces after adjusting their shares upwards in the Federal Divisible Pool (FDP). It means the federating units have so far got additional Rs2,000 billion in last six years. Still huge development gap exists in all parts of the country.

There are several reasons which can be cited for this massive development gap but one major reason is absence of local governments.

The provinces made all out effort to get lion’s share from the federal pool through the NFC formula, but they are reluctant to share these additional resources with districts and local governments by putting in place Provincial Finance Commission (PFC) awards. Now after making local governments (LGs) operational in Punjab, the provincial cabinet has recently approved a PFC formula under which substantial resources will be transferred to districts.

Economist Dr Hafiz A Pasha argues that the dream of improved service delivery cannot be materialised without effective local governments. He suggests that "the development spending formula should be carefully designed to ensure transparency and equity for all areas of the country".

The development gap within provinces is also widening. Research by some independent economists shows that the per capita spending on Lahore stands at Rs15,700 while it downslides to just Rs4 per person in case of Layyah. This kind of massive gap on account of development needs to be bridged with an effective local government.

So the district governments of major metropolitans need to focus on establishing their own tax collection authorities by providing them incentives to achieve enhanced collection.

Political elites, who always want to maximise their powers, don’t like establishment of local governments mainly because they don’t want to follow any transparent mechanism for ensuring improved service delivery. Despite enjoying protection under the 1973 Constitution, Pakistan’s political elites, at least in recent decades, made all out efforts to avoid transfer of powers to the local governments by using different lame excuses.

After intervention by the country’s apex courts, finally the LG system is now in place in all four provinces. There are three tiers of government including federal, provincial and finally local governments in order to ensure better service delivery.

The last PPP-led regime, through the 18thConstitutional Amendment, devolved a number of federal ministries/divisions and assigned key functions to the provinces. In terms of political autonomy, abolition of the concurrent list implied that all of the nearly 50 subjects in it were now exclusively in the provincial domain and that provisions such as Article 172(3), placed critical natural resources areas such as oil and gas as "joint and equal" federal-provincial subjects.

In total, 17 divisions of the federal government were devolved, including agriculture, education, social welfare and special education, environment, and health. In terms of fiscal autonomy, a greater share of revenue (57.5 per cent) was passed on to the provinces under the Seventh National Finance Commission (NFC) Award 2010. Taxation authority in Pakistan is unevenly distributed between the national and provincial governments.

A World Bank (WB) report suggests that raising tax revenue be considered a joint responsibility of the federal and provincial governments. Currently, the provinces’ revenue generation has considerable room for growth. The sales tax on services has had comparatively better collection performance while the collection of taxes on agriculture income and property remains low. Provinces also need to be incentivised to increase their own source revenues. This can be done by making the criteria of the "provincial fiscal effort" in the Finance Award more effective. Provinces now have a greater ability to borrow, particularly after the decision by NFC effective July 1, 2015.

Provincial governments have also been allowed to borrow domestically. The provincial domestic borrowing limit in 2015/2016 for Punjab, Sindh, KPK and Balochistan has been set at Rs61.75 billion, Rs20.05 billion, Rs16.88 billion, and Rs13.91 billion, respectively. Most provinces stand ready to take advantage of this provision. This has highlighted the need to strengthen provincial debt management as a priority area.

Transition to decentralised governance as defined by the 18th Amendment was expected to be completed by 2015. But the transition has been losing steam. Institutions and implementation mechanisms in charge of the devolution at all levels of government are still not fully developed. This effort must be revived and urgently needs "champions" to drive the process at the federal and provincial levels.

The 18th Amendment has created a balance by dividing power between the federal and provincial tiers of governance; however, the trickle-down effect of this vertical devolution has not been equitably distributed to the lower tiers by the provincial capitals.

Resource generation is also a domain of the district governments. Under the existing arrangements, property tax is the major revenue spinner. But the responsibility of collecting these taxes lies with the provincial Excise and Taxation Department and there is no incentive for them to make all out efforts to increase the revenue collection.

So the district governments of major metropolitans need to focus on establishing their own tax collection authorities by providing them incentives to achieve enhanced collection.

At the moment, the provinces are collecting just Rs8 billion from property taxes and by establishing Lahore, Faisalabad or Karachi Tax Authority the tax collection can be enhanced manifold.

The establishment of local governments has provided an opportunity to streamline the weak institutional structure by plugging the yawning development gap with sharing powers and responsibilities at the grassroots level.

Money to the grassroots