What is it that makes panchayat still a preferred system of dispute settlement? 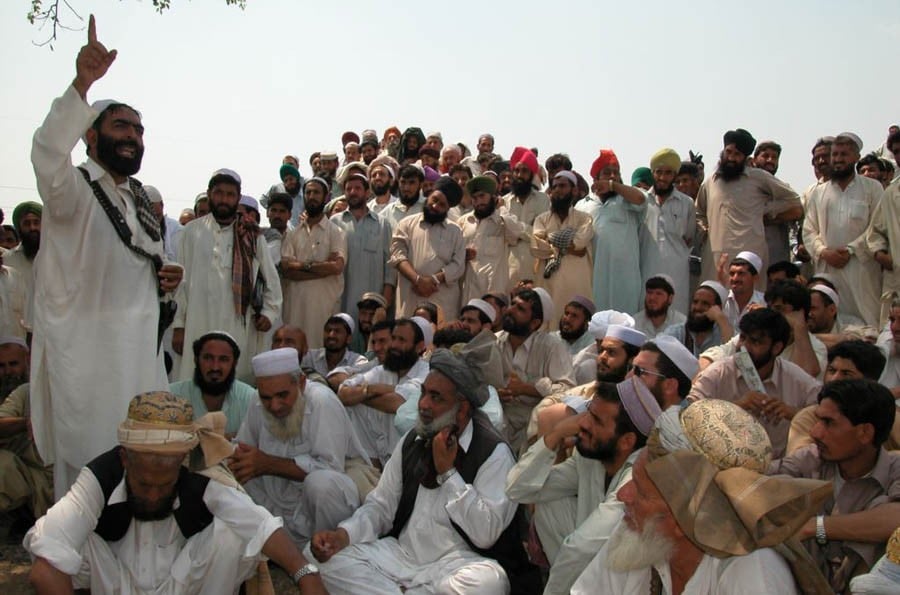 A quick look into a media scrapbook at the Human Rights Commission of Pakistan’s archives reveals that compared to 2015, the past year has seen an increased number of cases where women have been forcefully married, gang raped and even burnt as settlement in a criminal dispute.

Often women or girls from the perpetrators’ family are being used to settle the punishment of the culprit in crimes varying from a murder, hurt, rape or extra-marital affairs.

In 2016, the worst case was perhaps of a 17-year-old girl burnt to death by the order of the local independent council of tribal elders in Abbottabad for helping a friend marry a man of her own choice.

One gets to read about these cases of violence against women ordered by panchayats in villages and small towns in newspapers and wonders about the existence of these informal institutions despite being declared illegal by the courts.

There are no formal registers collecting the data on these cases. "The only evidence available is media reports and anecdotal information on jirgas and panchayats. The Punjab Commission on the Status of Women (PCSW) has received a few reports of jirga decisions to give a girl in marriage as compensation or retribution. In such cases we formally complained to the police and they intervened on time," says Fauzia Viqar who is chairperson PCSW.

The problem is perceived to be confined to tribal, far-flung areas, mostly in the tribal belts of FATA, KP, interior Sindh and Southern Punjab.

However, this does not reflect the complete reality keeping the past year in view. In the first half of 2016, most media reported incidents took place in Punjab and Sindh, not just in the rural areas but also in the cities of Lahore and Rawalpindi.

One reason for this could be that despite increased urbanisation, people from villages still seek to settle disputes through familiar systems such as panchayats and jirgas.

A report Women, Violence and Jirgas, published by the National Commission on Status of Women (NCSW) denounces jirgas as "all-men elite institutions" which are "constructing a social legitimacy around anti-women practices".

Khawar Mumtaz, chairperson NCSW says, "Often a woman does not get the right to explain her own position. This is in our view illegal. Women are much more victimised than men; that is why we had this study done."

Panchayats are acting as political administrators, law enforcers and judiciaries, without being elected and without being accountable to anyone. Their representation does not reflect the demography of the communities, nor are they democratically elected. In some areas as reported in the newspapers, some jirgas are even preventing women from voting. They are thereby bypassing not just the formal legal system, but also the modern democratic state.

"This dispute resolution is at the cost of women; it is not only against human rights but also against laws protecting under-aged girls," says Mumtaz.

Those who are guilty of these medieval practices are leading community members -- often comprising respected elders, wealthy or authoritative people from various castes or biradaris. Panchayat members are chosen because they represent a specific tribe and clan of a village, powerful institutions like mosques, individual landowners or people who are wealthy or political influential. They are often chosen because they can negotiate with influential feudal lords or with government officials on behalf of the village community.

Panchayats belong to the geographical areas of Punjab and Sindh while jirgas rule in KP, Balochistan and FATA.

In 2005, the Sindh High Court banned the legal practices of jirgas in criminal cases, "ordering strict action against organisers of such jirgas."

Like other members of the National Assembly’s women caucus MNA Nafisa Shah agrees that reforms need to be made. However she suggests that a ban on jirgas alone will not solve the problem. "We can put a ban, provided we have a transparent justice system that dispenses justice speedily and effectively." She elaborates, "the formal justice system is driven by the complainants, as are the jirgas. Jirga and faisla thrive because they serve elite power but also because people use them, and they use them when they see that the formal justice system fails to provide justice. Often in small disputes, even the police refer these cases to local mediation systems, and and I have seen even judges and police officials participating in faisla and mediations. In the absence of an effective, efficient and transparent criminal justice system, faisla and jirga provide an alternative institution, which people use in their day to day disputes."

The Sindh High Court verdict has not materialised into a law yet.

However, Khawar Mumtaz highlights that the NCSW has already drafted concrete law amendments, preventing jirga decisions related to criminal cases, and proposing very specific decisions to be given in criminal cases, when decrees are against women.

Khawar Mumtaz believes there is a need to amend the current laws. "The law needs to be made cognizable, so the police can take action themselves. We have a number of laws; the focus now is how best to get them implemented."

According to Khawar Mumtaz, it’s not only a problem of awareness. "The society is so stratified. It is never the woman, who manages to go to court, but someone in her family or society. How do you create systems where women are not threatened when they go to court? How do you facilitate access to justice and speedier justice?"

Although the Sindh High Court banned the practices in 2011 and the Supreme Court admitted a petition on a similar matter, the practice is still taking place, but why? What is it that makes the Panchayats a preferred system of dispute settlements?

According to Fauzia Viqar, "jirgas, panchayats and all other similar community fora are illegal. They persist due to lack of oversight and enforcement of law, but mainly due to hurdles in the legal system." They exist because "people find the legal system slow, cumbersome, expensive and many times corrupt. Hence the continued existence of community dispute resolution mechanisms."

Asad Jamal, a human rights lawyer says, "Another factor which may be added to the list of ‘hurdles’ in the legally sanctioned system is the dominant role played in decision making by male members of communities. My understanding is that women are never given any role to contribute to decision-making at such fora."

Jamal adds, "The legally sanctioned systems are seen as disempowering by communities because the decision-making powers are not with the traditional power wielding segments."

So will the local governments offer any solution? Mumtaz thinks the level of violence in Pakistan is widespread. "The local systems need to be responsive to citizens and we need strong institutions down to grassroots levels. Now we have locally elected governments, which are accessible to people. We need to strengthen these. But this is not a short term project."

The panchayats have been declared unlawful, illegal, misogynistic, patriarchal, corrupted, romanticised, unconstitutional, undemocratic, anti-women, medieval, barbaric. Yet they are functional because they are efficient, cheap, easily accessible and simple to approach. They are fostered by a vacuum left by weak and slow moving formal institutions and fuelled by privatisation of criminal law.

Saroop Ijaz, researcher and lawyer at Human Rights Watch, thinks that the Pakistani justice system has been privatised between individuals. This means that, "in Pakistan you can essentially forgive someone. In a lot of serious offences you can forgive, you can compromise without serious consideration. Now, that leads to an informal privatised justice system where the state has limited agency as opposed to the legal system."

"The Islamised penal code provides an enabling environment and even encourages non-formal settlements. If you look at the jirgas, they can exercise social and persuasive authority which makes one party to forgive the other party. When they also hand out punishments, that becomes criminal because they can actually not do such things," says Ijaz.

He believes there is no need for romanticising the idea. He thinks that interference and a showdown with the tribal cultures is the only way forward. "The denial of universal values is at the heart of the honour killing issue and the jirga issue."

The online version of this article has been edited for purposes of clarity.