Where the sacred fire is alight

Near the coastal city of Thatta, a durbar stands where the founder of Udasipanth, Sri Chand first lighted a dhuni 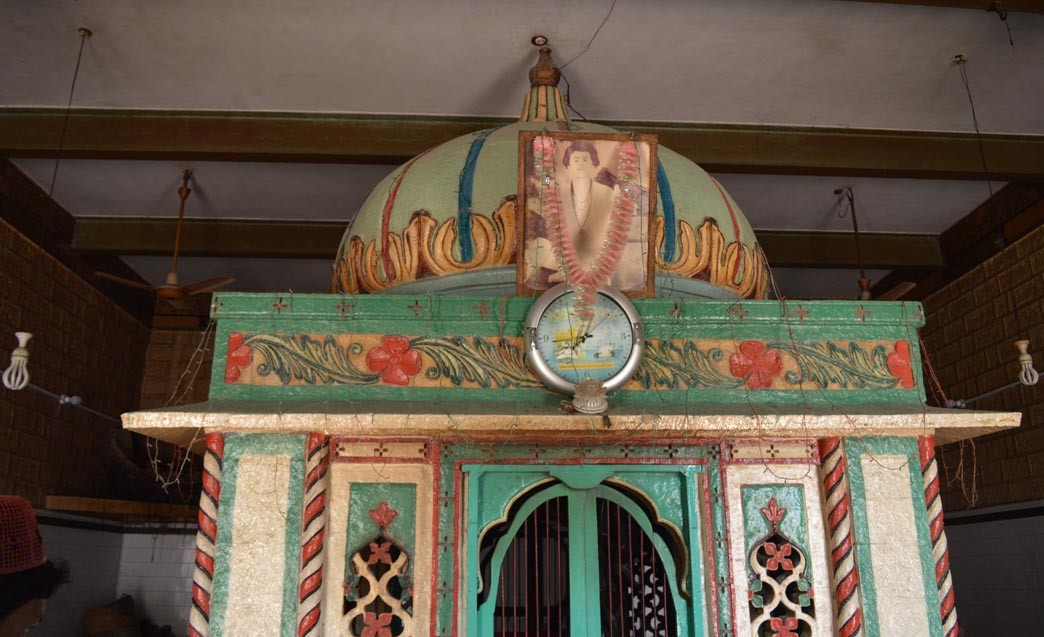 A rather obscure religious tradition in Sikhism, followed by a large number of people in the subcontinent, is Udasipanth. Initially originating in Punjab, Udasipanth was carried to Sindh and also has flourishing centres there -- one of which is Sri Chand Durbar near the coastal city of Thatta.

Towards the end of May last year, we reached Faqir Jo Goth, a small village a few kilometres east of Thatta city. Amid the lush green fields lay a small signboard indicating its name. I first came to this place with Uderolal Research Project, headed by Prof. Dr Michel Boivin in April 2016. I was so fascinated by the place that I planned to come there again.

Udasipanth is a religious tradition that was founded by Sri Chand, elder son of Guru Nanak, founder of Sikhism. The name Udasi has its roots in Sanskrit and means ‘sorrow, sadness and detachment’. The followers of Udasipanth disregard worldly riches and vow to remain celibate by following a strict regime of self-discipline and worship. Udasi centres are known by various names -- a few of which are durbar, akhara, dharma shala and sometimes even gurdwara. These centres are characterised by a dhuni sahib (sacred fire) burning constantly.

The story of the durbar starts from the 16th century when Sri Chand came to Sindh. It was during the reign of Mirza Baqi Baig, a Tarkhan ruler of Sindh (1554-1591), that Sri Chand arrived in Thatta and lighted his dhuni at the place where the durbar now stands. He stayed there for some time, helped Hindus living in adjoining areas and then left for other places. This durbar was built to commemorate Sri Chand’s visit.

When we entered the main gate of the durbar, a bus carrying pilgrims from Hinglaj Mata Yatra had just stopped and a large number of people disembarked. The crowd consisted of tribal Hindus of Tharparkar region with women in traditional multicoloured ghagra-choli wearing white bangles up to their shoulders. We also followed them and entered the inner sanctum.

Sri Chand Durbar is a unique place that manifests the syncretic character of the religion in Sindh, a phenomenon that is rapidly disappearing elsewhere.

The durbar is enclosed in a big compound, the first section of which contains samadhis of Udasi mahants who presided over the establishment in the past, while the larger portion is a vast colonial building brightly painted in white and yellow colours. Another portion contains residential rooms where clothes were left hanging on ropes to dry in the sun and a large kitchen. The main room contains a life-size image of Sri Chand with a majestic face, sitting cross-legged, one hand raised in the posture of blessing and fingers adorned with rosary. In the same canopy, a man was reading Granth sahib in Gurmukhi.

The room facing the main hall is called Dhuni Sahib and is built exactly on the spot where Sri Chand first lighted his dhuni. It has a domed structure in which dhuni is enclosed and the worship takes place there at sunrise and sunset. The dhuni is lighted with cow dung, dried fruits and herbal oils.

An older Sheva Dhari (caretaker) took a pinch of ash in his hands, and told us that the ash of this dhuni is blessed and can cure people. We looked incredulously at each other, at which he smiled and said, "Jade’nh mojza’n maan yaqeen hondo, mojza tadh’en ei theenda" (the miracles happen only if you believe in them).

Much like other Sindhi places of worship, this durbar has a very heterodox and heterogeneous character. It has Granth Sahib, Bhagvad Gita, icons of all Sikh Gurus, images and portraits of major Hindu deities and also an icon of Kanwar Bhagat Ram, the legendary singer famous for his piety. Interestingly, people were paying respect to each and every deity in the same way -- by bowing in front and touching it with hands.

And yes, even men had to cover their heads with a cap or a rumaal (handkerchief) before entering the inner sanctum -- a practice that is usually followed in gurdwaras.

While a majority of Hindus left Sindh after partition in 1947, some of them still live in the region and take care of the durbar. A committee has been formed to administer the place and we even met a few members of the committee there. According to them, there is a huge mela held at the durbar in the month of Baadho (August-September) in which thousands of people come and pay respect to Baba Sri Chand and receive blessings in turn .

Sri Chand Durbar is a unique place that manifests the syncretic character of the religion in Sindh, a phenomenon that is rapidly disappearing elsewhere.

Where the sacred fire is alight