Millenials under the microscope

By observing the difference and the similarity between any two generations, one can learn a whole lot 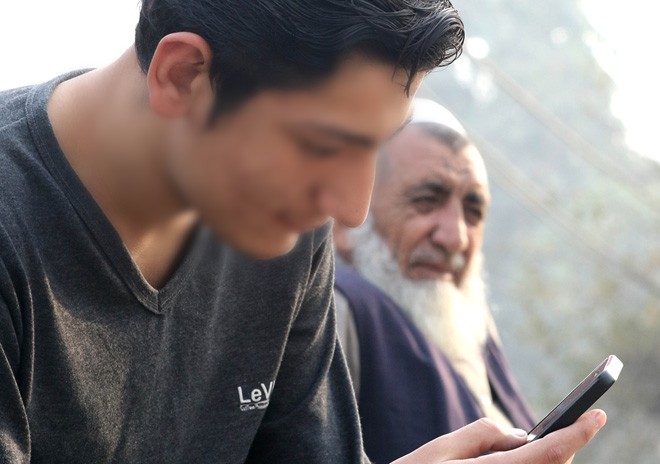 Time, being an infinitely divisible commodity, can be quantified in every which way. Seconds, hours, days; you name it. But how to measure life?

In a narrow sense I suppose the basic unit of the measurement of life would be a single breath, for we all live from one to the next. But a broader means to measure life is to look at it one generation at a time. By observing the difference and the similarity between any two generations one can learn a whole lot. The irony, of course, is that this lesson takes a lifetime to fully impart its wisdom.

Let’s put my generation, the millennials, under the microscope, relative to that of my parents and see whether there is anything of note to discover. As a disclaimer I can perceive the world from the only eyes I will ever have (something I consider to be one of the great tragedies of life). And so I am afraid our scope for inquiry is rather limited, constrained perhaps by English-medium schooling and the like.

One rather obvious change is the complete transformation of the wedding industry. Today, the division and specialisation of labour is quite remarkable, which leads to a most chaotic cacophony that goes into every event.

The choreographer is trying to cut the bride’s sister from the ten dances she is in because she doesn’t have a musical bone in her body. The bride’s sister nags the event designer every morning with a whole array of demands and deadlines. The event designer complains about the event management, two entirely separate categories mind you, to his or her weekly brunch buddy. The brunch buddy’s sister, in turn, is getting married, and so on goes the cycle.

Read also: In a maze of regret and relief

Based on wedding pictures of generations past, there is no denying that on this account those were simpler times. We have all seen the old grainy VHS video of our uncles dancing an awkward luddi and our aunties singing along to the dholki, shoulder pads and all. The bride’s makeup had been a negotiated settlement between the families, and was finally done by the most eager cousin available. The stage comprised of rather basic items, a couch, two chairs and a backdrop that read ‘Mubarik’ on red silk. I’m not sure which generation did it better, but I’m certainly glad to know that these backdrops have gone out of vogue.

Urdu poetry will continue to ‘die a slow death’ and yet with dogged determination inspire the woes of lovers and alcoholics alike for many moons to come. The monsoons will continue to wreak havoc on the plains, and saaris will never cease to tempt desire in the weak-hearted.

But there is hidden from view an imperceptible change too. One that is quite significant and telling of the mindset of the millennial. A generation ago people hid the fact that theirs was a love marriage. They went to significant lengths to do so, and some would make a special effort to sound to their families that the marriage was against their will.

Today, around me at least, I find this situation to have completely flipped. The undying effort extolled by arranged couples today to convince the world that they fell in love at first sight proves the point. It’s no longer cool to have been hitched by your parents.

I wonder, too, what toll the slew of casual romances, and ex-boyfriends and girlfriends will have on the couples of my generation as we grow older. My favourite answer to such musings is one that the Chinese Premier Chou En-Lai gave when asked what he thought were the long-term affects of the French Revolution. He responded, two centuries after the fact, ‘it is too early to tell’. I am afraid it will take a whole generation to come to pass before we can even attempt to measure the effects of the fleeting modern romances in today’s urban Pakistan.

When it comes to work, there are many who still follow in the footsteps of their parents. A lawyer’s son becomes a lawyer; a doctor’s daughter aspires to become a surgeon. But there is a burgeoning environment for entrepreneurs unlike ever before. Be it clothing or food, or online service provision or anything else. There is an aspiration within more than a few in this generation to do something on their own. It’s only their parents that don’t have the vocabulary just yet to describe what the kids are up to. ‘My son/daughter is working on a start-up’ seems to do the trick.

There are also things that refuse to change no matter how many generations come to pass. There will always be for us an enemy at the gates, while the enemy within will continue from the bully pulpit. The pressure to marry and be wed will persist I fear. Urdu poetry will continue to ‘die a slow death’ and yet with dogged determination inspire the woes of lovers and alcoholics alike for many moons to come. The monsoons will continue to wreak havoc on the plains, and saaris will never cease to tempt desire in the weak-hearted.

Millenials under the microscope