A list of some pleasant events that happened in 2016 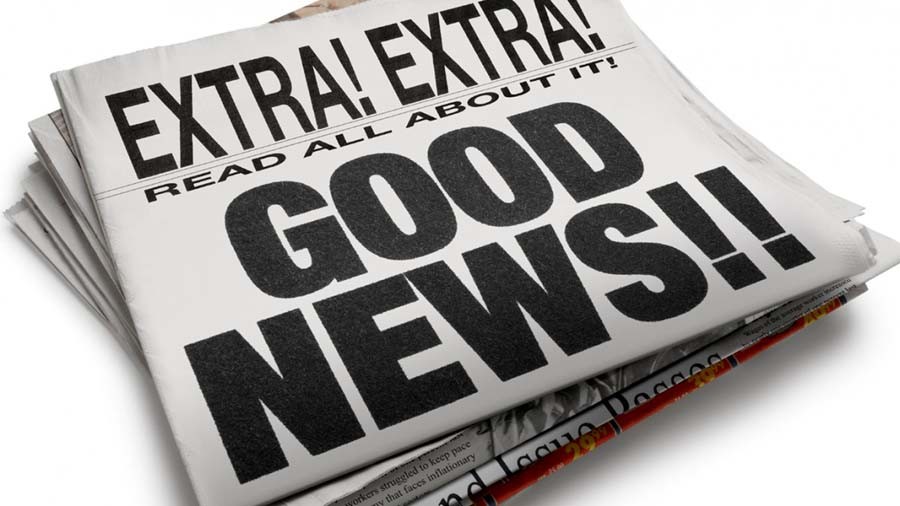 "That’s a good news," is a sentence many of us use as our routine reflex action. In the last few years, this has become a rarely practised one in Pakistan. Is it because we are producing less of good news or is it due to our shrunken ability to reckon it when it’s right there? Perhaps, the latter.

Since the memogate rumpus, we have been continually overdosing with sensational, dramatic and doomsday news by the electronic media. Our senses have become numb to the subtle delight of good news; almost like how, after consuming spicy and fast food for a long time, we become unable to appreciate a moderately spicy, very healthy home-made feast.

In Pakistan, in 2016, several events took place that qualify as good news, and building on this, several good news are expected in 2017 as well. This piece brings to the fore certain very healthy, albeit moderately spicy good news.

First, let us reflect on the two words -- ‘good’ and ‘news’. ‘Good’ generally in life, and particularly when prefixed with ‘news’ is very relative. My good news may be not-so-good for my rival. In Pakistan, one of the top 3 surplus commodities -- along with anger and suspicion -- is the number of our imagined and believed rivals. Therefore, every piece of soothing good news has seething effects on our billions of rivals in Pakistan and around the world.

The second part, ‘news’ is tough to define in Pakistan where almost everything that media can present in a certain template or font with a typical kind of background music is projected as big and breaking news. Since the advent of private channels, we must have watched almost 100 million pieces of breaking news in Pakistan. That makes 30,000 news pieces in a day for 10 years -- and it is safe to say that a vast majority of these have been of the ‘bad news’ variety. In such a whirlwind of the news-noise in Pakistan, finding ‘good news’ involves a game of ‘spot it if you can’!

My favourite good news is that a war with India did not happen -- at least, for the time being.

On the consumption side, almost nothing comes as news; for many of us had either predicted it, hoped for it or (may have even) bet on it. On the supply side, the amazing ability of TV channels to innovate and improvise, and on the demand side, our insatiable appetite for more sensation led us to redefine ‘news’. To add to this, we are the champions of finding news in the most unusual places, and experts at concealing the obvious news with easy charm. (A few, though, still manage to sift the news from the noise.)

A last but pertinent side-note that enriches the context of our discussion is our unmatched ability to concoct ‘instant conspiracy theories’. Conspiracy theory for us is the ‘real news’, as well as counter-news. When our conspiracy theory is proved right, we experience a kind of happiness that many of us fail to experience even on the (proverbial) birth of a male child in South Asia!

Coming back to our list of good news in 2016, there have been many -- some of which even triggered transformative trends. I will list the top 10 in no particular order -- I will leave that to your democratic choice.

A coup did not happen in Pakistan. We were made to wait for it with a bated breath for almost seven months. About 20 talk-show hosts in a population of 200 million were not happy with ‘no coup’, but the rest of us took a deep breath when finally the general finally ‘hung up his boots’.

Very closely associated to it, was the news of an extension -- if not ‘Field Marshal-ship’ -- and the good General did not pay heed to the street slogan of ‘jaane ki baaten jaane do’, and actually went. With these two, we have sowed a transformative trend where, like judges, generals will also look forward to a farewell at the end of their tenure.

Imran Khan’s dharna did not descend upon Islamabad, and with that it seems the dharna politics will take a break until the next elections. 2016 was the year that Bilawal started asserting himself as the leader of his party, and in Punjab, the PPP has a new and better leadership. This might be the beginning of the end of the Sharif Kingdom in the province.

Two pieces of ‘good news’ came from the judiciary. One, they did not give in to the street-sentimentality and fears of backlash from the clergy sending Mumtaz Qadri to the gallows without blinking. In the same vein, they did not repeat the act of sending another prime minister home. The election or ejection of a PM is within the parliament’s authority and that is where such a decision must be made.

At the civil-military front, the good news was that the Dawn story did not devour the entire cabinet or the PM, and only one minister went on (hopefully a short) sabbatical leave.

General Musharraf was ‘allowed’ to ‘get well’ away from the country’s courts and spared the implications of Article 6. His recent banter that someone helped him is not news per se but simply verifies an open national secret.

Our dear, rather very dear CPEC is finally here -- almost! Associated with this is encouraging news: many major players, and many of them, apparently just for the heck of it, want to be a part of the plan. Most interestingly, Russians too want to enjoy the ride. This means (read as my hoped-for conspiracy theory), along with original and more Chinese cuisine, friends can look forward to some genuine vodka too.

On Russians being a part of CPEC to access the so-called warm waters, if this had occurred in 1977, the entire Afghan war and the ensuing mayhem could have been averted!

Last, but not the least, and my favourite good news is that a war with India did not happen -- at least, for the time being. But, perhaps, this is not good news for many war enthusiasts on both side of the border who feel that they were deprived of the privilege of witnessing an atomic explosion.

Sorry folks, for this disappointment: a) what does this small disappointment matter in the galaxy of delightful good news listed above; and b) the good news is that you can look to Mr. Trump for fulfilment of this fantasy now.