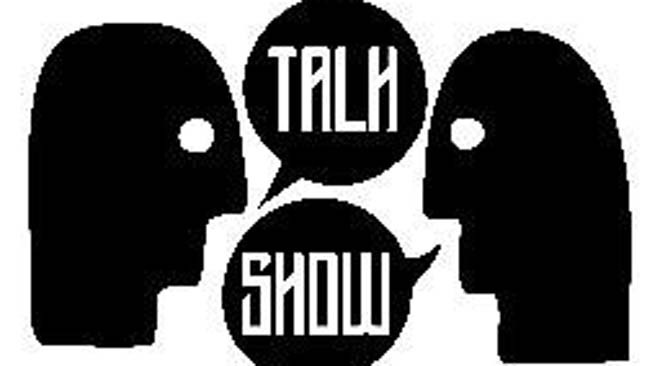 As a nation, we are always complaining about the problems we face in the society at large. Our media takes the cake. Irreverent slogans, shocking headlines, sensational tickers speak of the media’s own agenda that is also routinely expressed on different news channels every night, between 7pm to 12am.

I call these ‘political soaps.’ They pretend as if they raise important, relevant questions, but they actually only care for ratings.

Every one seems to have their own agenda -- whether they are politicians, or religious leaders, or media folk. Political parties whose mottos also range from justice to public welfare to religion basically have the same agenda: government formation.

Social media has joined the club, and how. One slogan I recently read on a social media website was, "Quran ka asool hae/Khoon ka badla khoon ha" (blood for blood is the principle Quran teaches you).

Perhaps, the only thing right about this irrational and frustrating two-liner was that it rhymed.

Agreed that democracy gives you the right or the freedom to express your opinion and demonstrate your complaints. That’s your constitutional right. But exactly where in the Holy Quran is it stated that an individual ought to identify the guilty and then punish him by shedding his blood?

Our state also pretends that it’s an Islamic one. If that is so, then it’s the duty of the state to make the implicit meaning -- that of ‘an eye for an eye’ -- more obvious.

For argument’s sake, what they seem to forget is that forgiveness is the highest virtue in Islam. Well, they don’t like reading that into the scripture. Quran is a book that directs us to lead the best kind of life, seek peace in Allah’s diktats, and also thank Him for the blessings.

It’s a sad fact that our political leaders swear by the holy book and use it to further their political agendas. Like it or not, but their ‘misuse’ of Quranic verses should be included in the blasphemy count.

Don’t these political people have families or friends who wish for peace and end to this plutocracy?

It’s a sad fact that our political leaders swear by the holy book and use it to further their political agendas. Like it or not, but their ‘misuse’ of Quranic verses should be included in the blasphemy count.

We have completely forgotten that we are humans in the first place. Every party is power-hungry and opportunistic, and it tends to easily go back on its words.

Even the opposition uses similar tactics to derail the government, not realising the consequences. Some join in and leave the government while others meet the ruling party after a 400-km march towards the Capital in a container.

Pakistani politicians, besides lacking charisma, also lack the principled politics. If they have any principles at all, they will change these occasionally -- to suit their purposes.

Is this the boon of democracy? They call it the ‘jhamhooriat ki khoobsurati’ (the beauty of democracy). I want to ask them, if that is so, why does it get so ugly every now and then?

The so-called ‘Charter of Democracy’ is one shining case in point.

I understand that we are a ‘budding’ democracy and how much failed this system may have been in the country, it continues to evolve. Plato once said, "Democracy passes into despotism." This seems to be the case in our country for now.