With the death of Farhad Aziz and Osama Ahmed Warraich in PIA Flight 661 crash, Chitral has lost two of its best heroes 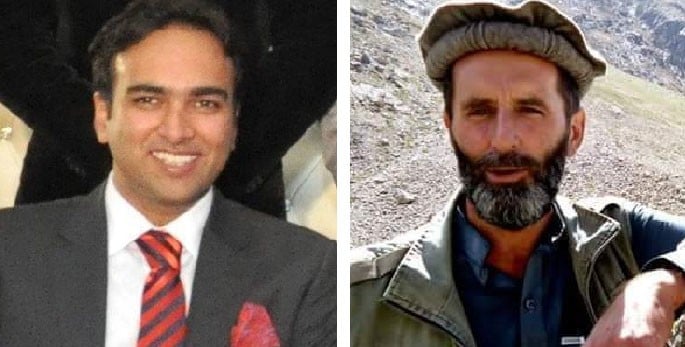 One calm Sunday morning in September 2014, Amjad and I drove up to the pathway west of the Chitral fort. We were here to pick Farhad to join us on our maiden endeavour to the furthest extremities of the Garam Chashma valley.

Together we went to explore the historic Durah pass, as it has for centuries guided the curious traveller to the gates of Badakhshan. We also spoke of the magnificent Lake Dufferin right across the Afgan border, which Farhad had seen in his heyday.

Though Farhad Aziz was a member of the royal family of Chitral, he was too unassuming to be a shahzada. Our association began while duck hunting in Chitral. Occasionally before heading out to Birmogh Lasht for paragliding, Farhad would call me up and ask if I would like to accompany him for a tandem flight. If ever asked to paraglide with some friends as a favour, Farhad was one to oblige without a thought. And he was like this not only with me but everyone I know that came across him.

Farhad was one of the pioneers of paragliding in Chitral, which is known to be a heaven for this sport. He has trained numerous young men. To ensure that the sport outlives him by at least a generation, he founded the Hindu Kush Association for Paragliding (HIKAP) to further the cause of Chitral’s paragliding pilots throughout the country. His association has also played a critical role in philanthropic activities during the earthquake of 2015 and the floods of 2015 and 2016.

It was fairly late in my life that I crossed paths with this hero of many sorts. Farhad was a trained alpinist, having undertaken various mountaineering expeditions in the Hindu Kush Mountains in the early 2000s. He also played an instrumental role in planning and execution of my expeditions to the basecamp of Tirich Mir and Broghil, Wakhan and Karombar valleys. It was my dream to explore these sites with Farhad, but that was not to be.

Both of these gentlemen have been lost to us forever. Call it fate, destiny, mere chance or the doings of nature, these men and many others of their caliber, grace, knowledge and wisdom passed away in the fateful crash of the Islamabad bound PIA Flight 661.

In October 2015, as the afternoon sun shone down on the dry mountains of Chitral, the earth shook and clouds of dust emerged from the high mountains that line the valley. An earthquake of magnitude of 7.6 on the Richter scale had rattled the area. Hardly two weeks into the office, a young deputy commissioner set out to assess the damage caused, and provided immediate relief to the disaster stricken.

Osama Ahmed Warraich, the young Pakistan Administrative Officer from Punjab had come to Chitral with an exceedingly fervent passion for implementing the law and helping the needy. With an exemplary career in the past to vouch for his capabilities, Osama did not require any further credentials to prove his suitability for the job. But Chitral was a different ball game -- and for that matter Osama was a different officer.

The young deputy commissioner had successfully completed the operations of relief and provision of compensation packages as enunciated by the law to the earthquake-affected within one month of the occurrence. Just when it was time to return to the routine functions of governance, another disaster struck, this time in the shape of an avalanche in Susum, near Garam Chashma.

Here too the young deputy commissioner could be seen leading from the front. The operation was reminiscent of Chitral’s second Assistant Political Agent Captain Robert Knollys’s saving of three human lives in an avalanche in 1905. While the results of this rescue operation were nowhere as desirable as that which had occurred in 1905, the effort nonetheless was as daring, fearless and extraordinary, if not more so. Though the outcomes of such disasters are mostly decided by matters beyond human control, it is the response to such an event that defines human capabilities. And in that regard, Osama was at par with Knollys or any other such officer whose tales of gallantry may deserve to be narrated.

Both of these gentlemen have been lost to us forever. Call it fate, destiny, mere chance or the doings of nature, these men and many others of their caliber, grace, knowledge and wisdom passed away in the fateful crash of the Islamabad bound PIA Flight 661. Each loss is a loss greater than the other and I can only wish here that we do not relive such an experience ever again.

The politics of rape trial evidence