No refuge for the refugees

As Syrians flee to escape the crisis, they do so without the guarantee that they will ever find themselves at home in foreign lands 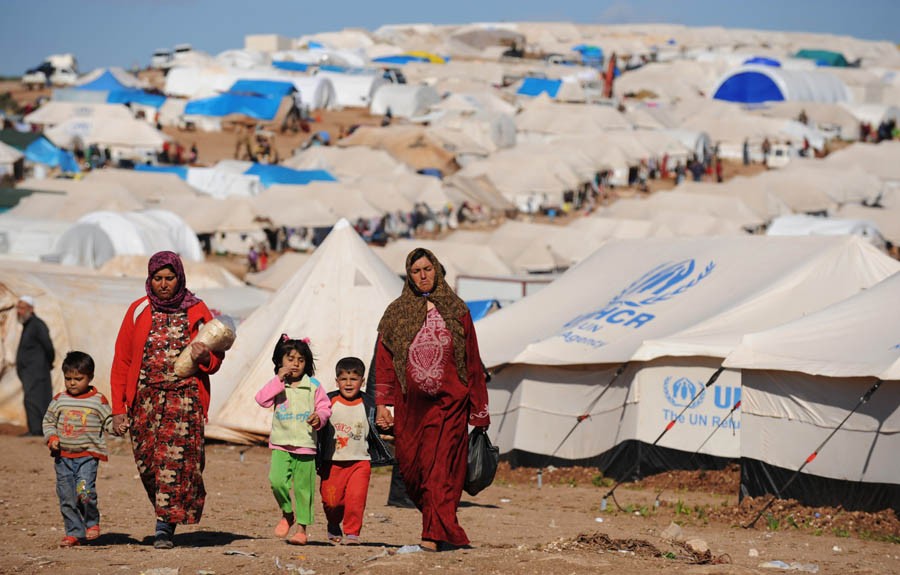 Since the Syrian war started in 2011, an estimated 11 million Syrians have fled their homes -- 4.8 million have fled to Turkey, Lebanon, Jordan, Egypt and Iraq, while 6.6 million are internally displaced within Syria. The number of those who have requested asylum to Europe stands at about 1 million where Germany and Sweden have surpassed other members of the European Union in their resolve to welcome refugees. Cultural tensions in the destinations that they are flocking to are expected to rise in the coming years.

The current humanitarian crisis cannot be ignored. On a daily basis, according to Amnesty International, nearly 5000 people, largely women and children, have been leaving their homes in Syria. The situation is particularly dismal in Yarmouk where more than 6,000 Palestinian refugees are vulnerable once again as the flow of humanitarian goods, food and medicine has been restricted and there appears to be no end in sight to the violence in the country.

Caught up in the violence engulfing Syria at the moment, these Palestinian refugees will find themselves being transported back in time to the period when they had nowhere to go -- before they found a safe haven in Syria’s Yarmouk camp.

The media is overflowing with images of the Syrian reality -- from photographs of three-year old Alan Kurdi’s limp and lifeless body washed up on a Turkish beach to videos of Omran Daqneesh’s bewildered and bone-chilling gaze as he wipes his bloody hand on the chair he sits on after he is rescued from the rubble that was once his house.

In spite of the global outpour of grief and disgust at the horrific tragedy that is playing out in Syria, more than a quarter of a million people have lost their lives to it.

Though more clarity may be desired to understand what exactly is going on in the country we are witnessing "a complete meltdown of humanity".

The conflict in Syria has ceased to remain just a war between Basher al-Assad and the rebels; especially since the active involvement of international actors such as the US, Saudi Arabia, Turkey, Iran and Russia is sustaining the conflict. Images and videos capturing the atrocities of war surface time and again and travel around the world evoking outrage and sympathy. Often, it is questioned: what ‘real’ end do these achieve? To Assad’s supporters, this qualifies as war propaganda.

Not surprisingly, those opposing Assad are dismissive too when it comes to identifying their own atrocities in Syria. International powers ‘empowering’ the rebels at the time of the Arab Spring in 2011 and bombing for peace in particular, should ideally have been part of and pressing for a political settlement of the Syrian crisis instead.

It is not just Russia which often gets flak in the international media for backing Assad in committing atrocities which needs to be criticised -- if we are to draw moral equivalence, the US should be shouldering the burden too. After all, US-led coalition bombings cause large-scale casualties, too.

International interventions have intensified human suffering in the country, instead of resolving a problem -- something that has rarely worked out in the past. It has turned Syria into an unfortunate battleground where, broadly speaking, the US and Russia can blow off steam while civilians continue to serve as collateral damage.

The stench of death hangs heavy in the atmosphere and even as Syrians flee to escape it, they do so without the guarantee that they will ever find themselves at home in foreign lands. There is no one in particular either that they can point towards and hold responsible for completely dismantling their lives and reducing the country to ashes and debris.

Media coverage also leaves gaping holes in the story of Syria. While terrifying ‘Goodbye Messages’ surfaced as Syrians trapped in Aleppo shared videos and posts with the outside world on social media as Assad’s forces continued to push with the intent to regain control of the city and allegedly carry mass executions, reports of the executions still remain unverified.

Though more clarity may be desired to understand what exactly is going on in the country, irrespective of who may or may not be the bigger culprit, in the words of the UN spokesman in Syria, we are witnessing "a complete meltdown of humanity".

No refuge for the refugees