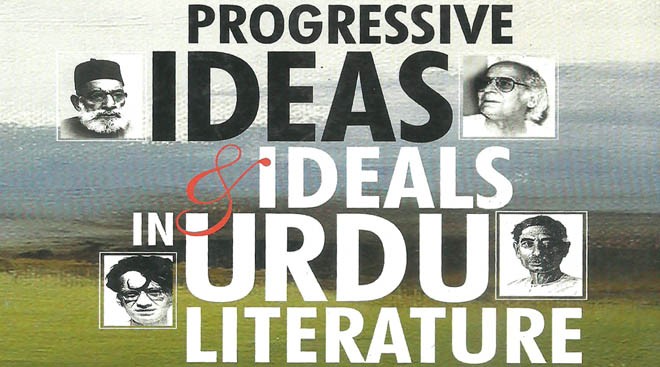 The departing year of 2016 marks the 80th anniversary of the Progressive Writers Movement in Urdu literature. This was perhaps the strongest socio-cultural activity in India, after Sir Syed’s education movement. With this movement, the literary atmosphere suddenly became alive with a new kind of fiction and poetry. Although some committed leftists were the vanguards of this movement, the liberal intellectuals also followed them proudly.

The Progressive Writers Association (PWA), or Anjuman Taraqqi Pasand Musannifeen, was headed by Sajjad Zaheer. The other writers in the forefront were Dr Mulk Raj Anand, Dr Joshi Parshad, Permud Sen Gupta and Dr M. D. Taseer. The organisation regarded socialism as the proper economic system, which could end exploitation. Munshi Premchand, the great Urdu Novelist and short-story writer inaugurated the first conference of the Progressive Writers, in Lucknow, in 1936.

The Progressives contributed to Urdu literature some of the finest pieces of fiction and poetry. Undoubtedly, they were the trend-setters for the coming generation of writers, and the young Urdu scribes of 1950s and 60s learnt a lot from the senior Progressives, in terms of subject matter and technique.

From the routine academic research reports and theses to prestigious scholarly analyses, there exists a large corpus of writings about this 20th century movement, but almost all this material is in Urdu language. We do come across sporadic research papers and articles in English, but they are scattered in various research journals and literary encyclopedias. A detailed and consistent description of the movement in a book form has long been a desideratum.

This gap has now been filled, but not in India or Pakistan. The task is done in a country as far away as Canada.

"The literature which does not arouse in us a critical spirit, which does not make us face the grim realities of life in a spirit of determination, has no use for us today. It cannot even be termed as literature" -- Munshi Premchand

Dr Khalid Sohail is a professional psychotherapist and runs his clinic in Whitby, Canada, but that is only his Canadian persona. The Pakistani side of his personality represents a prolific Urdu poet, fiction writer, translator and most importantly a human rights activist. Dr Sohail is author, compiler and translator of several books that highlight the human miseries in the downtrodden regions of Asia, Africa and Latin America.

He has translated and compiled the book under discussion with the help of his two close friends: Omar Lateef and Abbas Syed, both of them Pakistani Canadians. All three of them have expressed the hope that this book will provide English readers with an insight into the formation and objectives of the Progressive Writers Association (PWA) and the seminal role it played in the creation of a radically new form of writing and literary criticism, based on secular and humanist values focusing on the lives and aspirations of the common people.

The book understandably starts with the address of Prem Chand to the first conference of PWA in1936. "Literature can best be defined as a criticism of life" says Prem Chand in this most important address, which later became the cornerstone of Progressive Writers manifesto. "The literature of our immediate past had nothing to do with actuality; our writers were living in a land of dreams. They wrote only for entertainment. Life and literature were considered to be two different things which bore no relation to each other… Literature was devoid of vigour, originality, and even power of observation. But our literary taste is undergoing a rapid transformation. It is coming more and more to grip with realities of life. It is now not satisfied with singing of frustrated love, or with writings to satisfy our sense of wonder; it concerns itself with the problems of our day-to-day life".

In a very decisive and determined tone Prem Chand said," The literature which does not arouse in us a critical spirit, which does not make us face the grim realities of life in a spirit of determination, has no use for us today. It cannot even be termed as literature".

The second article in the book is by Sajjad Zaheer in which he explains how the PWA was formed. This article ends on these words: "The fact that Prem Chand, the premier Hindustani novelist, short-story writer and humanist, presided over our first conference was a guarantee of the fact that our definition of "progressive" was neither narrow nor sectarian."

Sajjad Zaheer’s explanatory note is followed by the full text of Manifesto of Progressive Writers Association, and after that comes the message of Rabinder Nath Tagore, in which he welcomes the formation of PWA and says," Writers need to inspire people to rise above their personal needs and connect with the collective goals and dreams of society. The whole nation needs to work together to solve our national problems. Such efforts are essential for the bright future of humanity".

Other contributors include Ali Sardar Jafri, E.S.M Namboodripad, Ahmed Ali, and most importantly Sibt-e-Hasan, whose detailed interview is also included in the book.

The last article is by Khalid Sohail himself and its title is self-explanatory: "Progressive Writers: Past Present and Future".

With good quality paper, nice printing, attractively designed title page, this is certainly a well-produced publication, but perhaps the target readers of this book are only North Americans, and no effort seems to have been made for a wider distribution in the world, particularly in the subcontinent.