Hammering the right cause 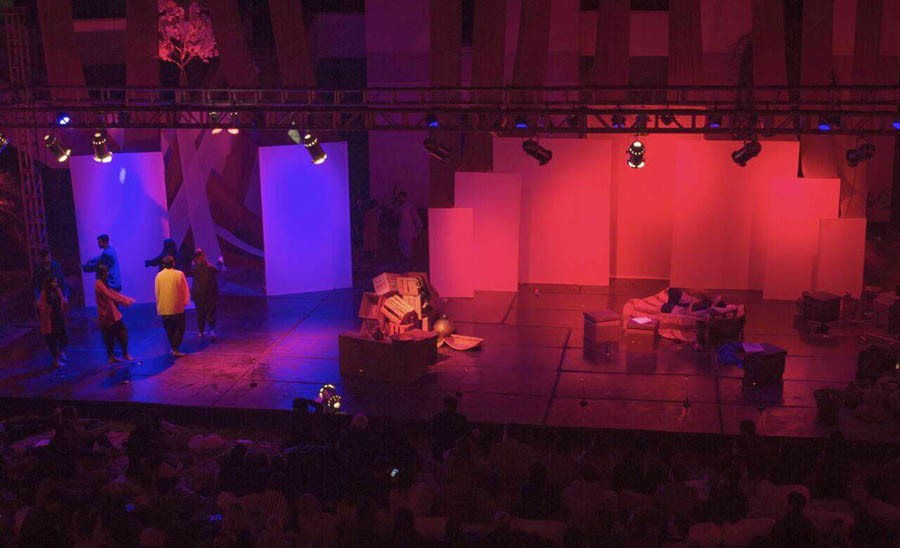 The famous Punjabi play Loha Kutt was recently performed at the LUMS. The news of the play rather came as a surprise for the student body for whom it was the first Punjabi play being performed in the university. Originally written by Balwant Gargi, the play was directed by Faheem Muzaffar and Sara Kazmi. The cast included students, many of them acting for the first time.

Why did it take 32 years for the LUMS to have its first Punjabi play? According to Sara Kazmi, who is also an assistant professor at the LUMS, "the delay is indicative of the language stratifications in our society. The local languages spoken for hundreds of years by our ancestors are being stigmatised now. Especially, the students in our universities feel alienated and detached with their local languages." The recent incident of labelling Punjabi as a foul language in an elitist private school is a case in point. It was with this concern for growing detachment and lack of appreciation for local languages that Gurmani Centre for Languages and Literature at the LUMS organised its first Punjabi play in the university.

The play provides a glimpse of life in rural areas of the Punjab with underlying themes of patriarchy, poverty, honour and hunger of love. Kako was an ironsmith (Loha Kutt) living with his wife Santi, daughter Beno, and son Deepa. After her marriage, Santi had to kill her joyous, spirited youth to submit to the wishes of her husband, Kako, the man, who eventually forgot the difference between his wife and iron when it came to hammering.

His dominance over his wife and extramarital relationships would worry Santi because of the sacrifices she had made for him. Observing the painful, dull life of her mother, Beno was afraid. She did not want to live such a life after marriage. So she ran away with Gajjan, the man she loved, and never returned back home again. Seeing his daughter fleeing away, Kako and his male friends felt their patriarchal power challenged. The honour of Kako was threatened not because of his extramarital relationships but because of the boldness of his daughter to live a life she wanted.

The play provides a glimpse of life in rural areas of the Punjab with underlying themes of patriarchy, poverty, honour and hunger of love.

After a few years Santi, following her daughter, gave up an oppressed, male-dominated relationship to run away with her old lover, Karma.

Kako did not run after his wife after hearing the news. He knew he had lost her just like his daughter. Upon this realisation, he drops his axe and goes back to hammering of the iron until the lights go out.

The two directors did a fair job, keeping the audience on the edge of their seats till the very end. They kept the audience engaged and interested in a remote language and culture for fairly two hours. The play stood out for its artistic and dramatic effects, the classical background instrumentals and melodious singing by Sara Kazmi. The scene where Beno had been locked in the room by Kako deserves special mention for some brilliant acting and visual effects, making good use of light and music. The costumes were well-designed and depicted our typical Punjabi rural culture. However, one visible defect was the shortage of cast members; some actors had to perform two roles which confused and complicated the plot.

Overall, the play was well-received by the audience. One student I met after the play said, "Despite being a student of Anthropology, I have never been to the rural Punjab. So I was very excited. I sat in the first row with a friend who understood Punjabi. The play was more of a reality check for me and shattered the romanticised view I had of our villages. We have really distanced ourselves from such problems because we have refused to be linked with this culture. I feel for Beno and Santi for the way they have been oppressed because of their poverty and gender."

The directors and actors were all excited and happy to pull off a good show. "We are eagerly waiting to work with Saira and Faheem in the future for such projects," said one of the actors. Well, from the success of the play, it seems the path is all set for Gurmani Centre and Sara Kazmi to organise such plays in the future as well.

Hammering the right cause