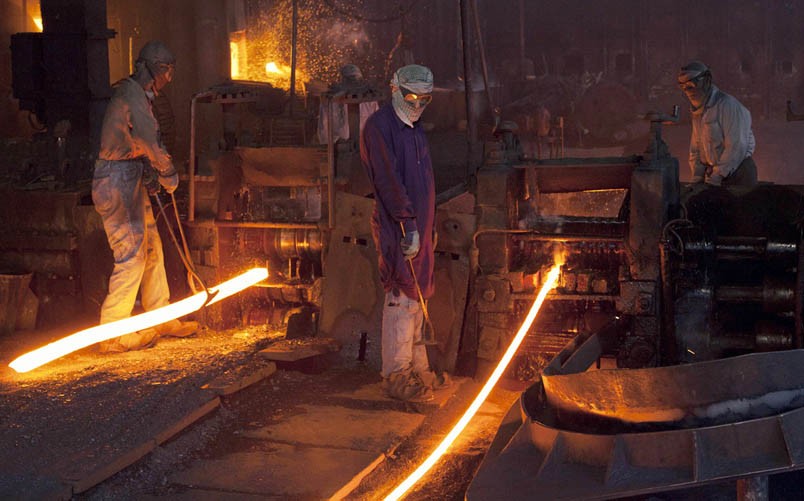 Despite a multidimensional view of development, it is generally agreed that economic growth is a crucial element of any successful developmental path. Scholars of development also accept that if one were to take growth in incomes for the vast majority of people as a benchmark, a feature common to most successful cases of economic modernisation is a relatively long period of robust industrial growth.

The classic trajectory for all developed countries of today was a move from traditional agriculture and crafts to industry with services dominating only later. But even more important than industrial output was the number of people employed in the industrial sector. According to some estimates, countries with a peak manufacturing employment share in excess of 18-20 per cent strongly predict whether the economy is rich while shares below this are near perfect predictors that the economy is not. In other words, all developed countries of today had substantial portions of their population engaged in manufacturing.

‘Deindustrialisation’ only began in these countries in the late 20th century with some of its consequences (i.e. right wing populism) for all to see.

This phenomenon of peaking industrial employment at considerably lower levels and at a lower per capita income has been termed ‘premature deindustrialisation’ by the Turkish development economist Dani Rodrik.

It means that the large and unionised working class which was a crucial element in the establishment of liberal democracy and the welfare state will be unavailable to developing countries like Pakistan.

In an important research paper published last year, Naved Hamid and Maha Khan of the Lahore School of Economics demonstrate how manufacturing employment in Pakistan peaked in 1966-67 as a result of rapid industrialisation under Ayub Khan. After declining in the early 1970s, it remained fairly stable at around 14 per cent till the late 1980s, declining once again to a low of 10 per cent by the late 1990s. It again rose to 14 per cent in 2001-2002 where it has stabilised for the last several years, below the peak of the late 1960s. Though the share of employment in the large scale manufacturing sector has declined, there has been an uptake in the small-scale sector which is typically more labour intensive.

While the evidence on shares of employment does not show a strong decline, it is definitely the case that industrial employment is below the peak of the late 1960s and well below the 18-20 per cent threshold for major industrial breakthrough. In other words, the authors conclude that if Pakistan is not already experiencing premature deindustrialisation, it may be on the brink of doing so.

There are several reasons for premature deindustrialisation in Pakistan including the lack of a coherent industrial policy, a disproportionate tax burden on industry as compared to other sectors, an overvalued exchange rate as well as gas and power shortages. Moreover, rising labour productivity in industry means that higher levels of manufacturing output are compatible with lower levels of manufacturing employment.

Finally, greater capital mobility due to globalisation means that industry is much more sensitive to rising labour costs and can relocate to another region much more easily. As a result, deindustrialisation starts to kick-in at lower income levels.

All these factors mean that developing countries like Pakistan will find it difficult to generate robust employment growth in manufacturing.

The consequences of declining industrial employment should be of real concern to all. Owing to its tradable nature and the relative ease of technology transfer across borders, manufacturing has a far greater ability to achieve labour productivity convergence towards international norms than agriculture or most services. As a result, barring a handful of countries with natural resource endowments, all cases of rapid economic transformation have been associated with industrialisation. The declining ability to achieve high industrial employment would most certainly mean fewer growth miracles of the ‘East Asian Tigers’ type in the future.

It is not just economics but politics where premature deindustrialisation can have serious consequences. In much of the developed world, sustained industrialisation laid the groundwork for institutions of liberal democracy and the welfare state. It created the labour movement, mass political parties and national welfare programmes. But most importantly, the increasing strength of the working class led to a grand compromise between elites and non-elites resulting in the organisation of political competition around a relatively stable left-right axis.

Premature deindustrialisation means that the large and unionised working class which was a crucial element in the establishment of liberal democracy and the welfare state will be unavailable to developing countries like Pakistan.

This is because where the informal economy constitutes more than 70 per cent of total employment (as is the case in Pakistan but also true of many developing countries) and an increasing amount of it is in services and petty-trade, it becomes difficult to define common interests among the working poor and their ability to organise is seriously hampered. Therefore, they are much more susceptible to populist appeals and/or the organisation of clientelistic resource transfer around ethnic, caste or clan loyalties rather than class solidarity.

In general, this makes grand political settlement of the kind, that delivered liberal democracy and the welfare state, difficult to achieve and political institutions remain personalistic and fragile.

Pakistan and much of the developing world may not only face the prospect of creating new avenues of decent employment without the central role that industrial employment played in the past, but also of achieving liberal democracy and the welfare state without the social group most responsible for the establishment of both in much of the developed world. This is uncharted territory and requires new ways of thinking about development, governance and democracy.