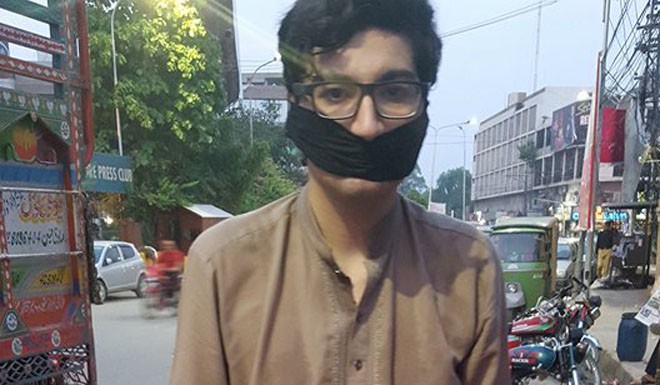 The News on Sunday (TNS): When the media casually refers to transgender people are they using the term correctly? What is a transgender person?

Mehlab Jameel (MJ): It depends on the context. Transgender is not a static term and given its gradual evolution over time, it carries very different sets of meaning in different geographies and communities. The term has been around since the late 1960s, when it was proposed as a replacement for ‘transsexual’, building on the criticism in feminist theory. It gained currency and adopted its current meaning in popular queer lexicon within the Western contexts following the publication of a leaflet by Leslie Fienberg, associated with the Workers Party, in 1992.

In its simplest sense, ‘transgender’ (an umbrella term) refers to a person who does not identify with the gender that they were assigned to at birth. Cisgender, on the other hand, refers to the opposite (i.e. people who do identify with the gender that they were assigned at birth). When I say gender assignment, I mean the medical assignment of a sex category based on the appearance of genitalia, and the associated gendered expectations that come subsequently, which has been the standard practice to determine gender for the longest time (most people actually never find out what their anatomy/chromosomal structure/hormonal patterns -- other biological entities on which the idea of gender is prescribed -- actually are throughout their lives).

Some transgender people choose to undergo partial or complete ‘transitioning’ -- medical, cosmetic, as well as social. Many don’t. It’s about personal choice.

Nowadays, the umbrella term trans* or simply trans is used which comprises of a multitude of identities, for example, transwoman, transman, femme, nonbinary, bigender, genderqueer etc, each signifying a unique experience of one’s gender.

Read also: Work on the margins

TNS: How are transvestite persons different from transgender people?

MJ: Transvestite is a term popularised in the 1970s for people who cross-dressed. It is considered derogatory by most people now. It does overlap with the identities subsumed under ‘transgender’, but it is not the same.

The term Khwajasara has a history that goes back several hundred years. South Asia has a very extensive history of accepting genders beyond the cisnormative binary.

TNS:  Does the term Transgender sit squarely on the South Asian term of Khwajasara? What is the appropriate translation of a transgender person in Urdu?

MJ: The local terms for (who can be broadly referred to as) gender non-conforming people sometimes carry very different meanings as compared to terms developed within the West, and in my opinion cannot be neatly translated and used interchangeably, primarily because they have their own local experience and complex history associated with them.

This does not mean that they cannot overlap or that people in South Asia do not choose to identify as transgender etc. Cultures (and the identities developing in them) never exist in isolation. The concern is that translating queer identities is often a violent process because none of these terms exist in a political vacuum. Many Khwajasara people will often forbid you from calling them (trans)women.

The term Khwajasara was popularised quite recently (in the years before and after the 2009 Supreme Court ruling) although it has a history that goes back several hundred years. Khwajasara referred to the chief ‘eunuch’ in Mughal courts.

South Asia has a very extensive history of accepting (even celebrating) genders beyond the cisnormative binary (man/woman, male/female) until the colonial times when such non-conformity was banned by the British in the public sphere (Criminal Tribes Act 1871). In doing so, a gender dichotomy was introduced via the legal epistemology and the apparatus of local courts set up by the British as part of the civilising mission that erased an extensive history of gender diversity in South Asia. This pattern is reflected in nearly all former British colonies around the world which had local categories for different genders that did not conform with the British bi-gender ideal, for instance, Muxes in Central America, Two Spirit or Winkte people in Native American tribes, Mashoga among Kenyans etc.

In modern context, nostalgia for the pre-colonial times and a romanticised image of how gender non-conformity was treated has led to the resurgence of the term Khwajasara to refer to people who do not fit into the gender binary. Khwajasara is also an umbrella term encompassing many different identities connected to the rituals and kinship hierarchies within the community. This term is by and large accepted as the correct way of referring to what sociologists call the ‘third gender’ in South Asia.

TNS: The term Hijra is also very popular – is it politically correct? What do people think they are referring to when they say Hijra vs what are they actually referring to?

MJ: Hijra (roots in Hindi/Persian, meaning ‘to migrate’) is the most common term used in India in addition to many other terms like aravani, khosa, jagappa, kothi, zennana (which have their own specific meaning given the religious, social and political connotations attached to them). Many communities in urban centres of Pakistan no longer prefer the term ‘hijra’, although the term is still widely used.

There is no fixed way of defining Khwajasara or Hijra, these are local South Asian terms encapsulating a complex set of identities and communities. Basically what I am saying is, it is not advisable to substitute Hijra or Khwajasara with an English term, however, you can try and explain it in English. For instance, when I say Hijra I explain it as a "third gender" and an umbrella term used in South Asia for people who do not conform to or identify with gender binary; it often overlaps with identities such as intersex, transgender, trans* and transwoman. Based on the time I have spent with the community, people define Khwajasara as those who have a feminine soul (ru’h), but born in what is usually considered a ‘male’ body. Others can tell you how their participant communities choose to define it.

The diversity in gendered experience within the community is complimented by a biological diversity as well. A significant number of people in the Khwajasara community are those who were born with genitalia that do not fit into the discursive categories of ‘male’ or ‘female’, those who were coercively assigned a sex at birth through medical procedures, and those whose external genitalia do not match the internal sex organs or body chemistry (all loosely referred to as ‘intersex’ people in medical terminology). In the Khwajasara community, the term khunsa (deriving from the legal term khunsa-e-mushkil) is often used for them, along with some other terms. Other than that, there are those who were assigned ‘male’ at birth yet choose to identify differently. Some choose to undergo medical procedures to appear more like the gender they wish to identify as, others don’t. There is a lot of fluidity and diversity when it comes to body and expression of one’s gender. Other terms are moorat (a combination of terms mard and aurat) which is used for pre-initiated and young hijras and sometimes also for khunsas. Zennana is mostly used for young boys with ‘feminine’ behavioral tendencies.

TNS: The term Eunuch is also very popular – is it politically correct? What do people think they are referring to when they say Hijra vs. what are they actually referring to?

MJ: The history of the term ‘eunuch’ is longer and more complex, so I won’t go into that. However, just to give you a basic idea, eunuch refers to (male-assigned) people who have undergone partial or complete castration. Like I mentioned earlier, Hijra or Khwajasara are umbrella terms and one identity that comes under them is that of nirbahan/narbhan – those who have undergone nirbaan (castration). This ritual has historically had immense spiritual and communal importance among hijras and the internal hierarchies of the community hinge on it.

Not everyone can, or chooses to, undergo nirbaan, but ‘eunuch’ is a category that is often used to refer to those people. ‘Eunuch’ once again being a term developed in West carries its own specific historical baggage. Within the local community, it is not preferred and in my experience, its use by the media has mostly been derogatory. Incidentally, the Supreme Court also relied on the term initially but poor Chaudhary sahab unable to spell it, instead used "unix" in the 2009 ruling. Most of what people knew about the community back then was just based on caricatures and vague portrayals in the media, so basically no one in policy making actually really had a clue who Khwajasaras are.

TNS: Lastly, why do you think people don’t know/understand these differences? It is also common for people to think that anyone who is homosexual or bisexual is transgender and vice versa. Why do you think such ignorance exists?

MJ: Well, there is no one answer to this. In my experience, for those cases where people are referring to the Khwajasara community (and this is important; the identity of Khwajasara derives its meaning from the community) they do have a very clear idea about who they are referring to and they understand the local terminology. It’s been part of our cultural history for a very long time. However, the picture is obviously more messy than this because with the introduction and adoption of more recent Western terminology in local contexts (NGOs and media being the primary agents that popularised the terms), the meaning associated with those identities is also changing and new patterns of kinship, communal living and rituals are forming.

This can be a cause of confusion as well. I choose to see this as subversive -- defying labels. Gender and sexuality, although deeply intertwined, are not the same thing, so trans people can be gay, straight, bisexual, asexual or whoever they prefer to be. Secondly, much of this confusion has a lot to do with the perceptions people have about the community. Hijra and Khwajasara communities in recent past have existed on the margins and mostly do not like to share the internal matters of the community (did you know hijra communities have a secret language too?) to protect themselves from persecution. So, this vague image and the ensuing confusion are many times deliberate.

To answer your last question, pronouns are a personal preference. ‘They/them’ have more recently been accepted as gender-neutral pronouns and many trans people choose to be referred to that way. The majority goes with gendered pronouns. Rule of thumb: if you don’t know someone’s preferred pronoun, stick with they/them, until you politely ask them what their preference is.