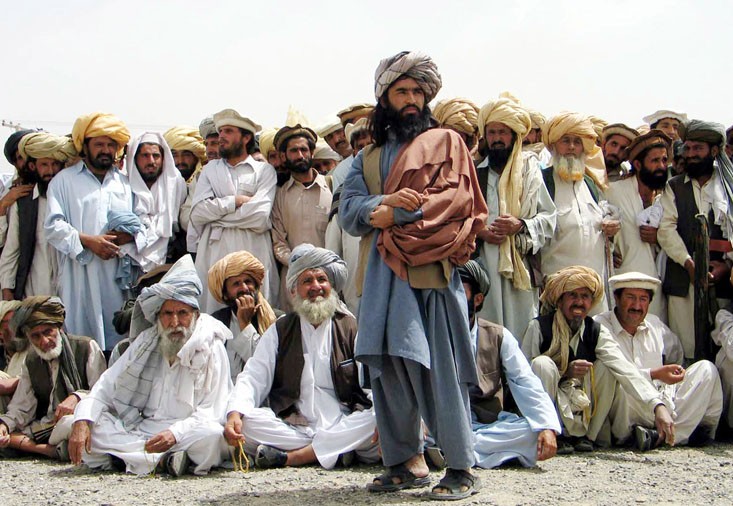 For the last many years Pakhtuns have been facing a number of harsh challenges. They were made internally displaced people (IDPs) due to war on terror. They have witnessed numerous brutal attacks on their social institutions i.e. Jirgas, Hujras, funeral prayers and mosques. They have suffered from the paradigm shift in the geo-political situation of the region.

In view of internal disorder, strife and confusion, significant number of them has undergone psychic irregularity and mental disorders. Most of scholars and analysts are of the view that non-local actors are responsible for the shocking mess. Although specific non-local and outside power centers cannot be absolved of the atrocities, few Pakhtun intellectuals, however, are ready to blame the lethargic internal dynamics of the Pakhtuns’ way of life.

A comprehensive and multi-dimensional process of reforms in certain aspects of Pakhtunwali is needed to come out of the chaotic state of affairs. Generally, Pakhtuns are conservative in their habits, emotions, temperament and lifestyle. Static ideas have deeply penetrated into their general psyche with disastrous implications. In addition to other factors, the lack of collective vigour is also responsible for the current miseries.

Living in a closed, religiously conservative and socially male-chauvinistic culture, Pakhtuns are skeptical of embracing rational and logical ideas. Pakhtun culture directs youngsters not to speak in front of elders. Obviously, this obligation is out of respect for elders, however it injects a potential weakness in the psyche of children. Contrary to critical thinking and freedom of expression, the traditional Pakhtun elders abhor those youngsters who dare to speak or challenge their decision. This is tantamount to suppressing dissenting voices and pushing the youngsters to become reactionary in perceptions. This instills in the minds of children a hidden inclination to act emotionally not rationally at the time of crisis.

Pakhtunwali in many aspects is being practiced by the Pakhtuns around the world. There are a number of elements in Pakhtunwali which are retrogressive in nature and contents. Practicing such sort of medieval customs drag us into the horrific situation of social disorder. It is indeed pushing many of the competent children towards terrible confusion.

Generally, Pakhtuns are conservative in their habits, emotions, temperament and lifestyle. Static ideas have deeply penetrated into their general psyche with disastrous implications.

The elements of tarburwali, (cousin rivalries), badal, (revenge), love for fighting and weapons, peghor (taunt), namos (guarding women’s chastity) and so many other rudimental elements need to be reformed in the light of true teachings of Islam and modern day requirements.

Many components of Pakhtunwali have largely been explored by the Orientalists who served in different capacities in the Pakhtuns’ land. Sir Olaf Caroe, J. W. Spain, H. G. Raverty and H. W. Bellew are few names to mention here. Most of them drew a picture of Pakhtun with sluggish face structure, a gun in hand with unruly surrounding. Although many of us oppose the Orientalists’ perceptions as stereotypes, there is an inherent reality in their narratives. Many a time I came across a number of educated people who upload their pictures on social media with deadly weapons in hands to demonstrate liking for arms. A proverb wasla da zwan kali dai (weapon is the jewel of youth) further show our love for arms.

Pakhtuns are widely considered to be the most hospitable people in the world which is reflected in the tradition of melmastia (hospitality). It is prone to show hospitality to all visitors, regardless of gender, race, ethnicity, religion and nationality. A Pakhtun will go to great extent in serving guests. Many documented cases indicate that they have provided shelters to even their adverse enemies when asked for. Some scholars argue that the notion of melmastia has changed in recent times particularly in the urban areas. Owing to this seeming good tradition, they suffered the most.

This is a clear anomaly with our shared wisdom that many known outlaws, criminals and gangsters were provided with every kind of facility in the tribal areas which is called in the local dialect as Alaqa-i-Ghair. Most of them exploited the tradition of melmastia and tuned the whole area into battlefield. Statesmanship requires that if a foreigner is the cause of war, the specific element of Pakhtunwali does not obligate the host; rather it allows a Pakhtun to force out a recalcitrant guest. Some scholars argue bluntly that "tribal entrepreneurs" harboured foreign, particularly Arab militants under the guise of melamstia and nanawati, but in actuality got money from their guests and use this to gain power and influence.

Collective sufferings at the hands of foreign fighters, who were provided with shelters, put great emphasis on the vulnerability of this fundamental obligation. It is indeed an unwise decision to provide protection to any outsider under obligations of Pakhtunwali without knowing his long term objectives and intentions. Worse still, many local families established matrimonial relations with fighters who crossed the porous border between Pakistan and Afghanistan. They intermingled with the local inhabitants and received utmost respect. Harbouring Osama bin Laden as a state guest by the Taliban proved to be their worst blunder.

Under the obligation of namos a Pakhtun must guard the honour of women at all costs and must protect them from vocal and physical harm. Although it is a virtue of the Pakhtuns’ social structure, however there is intrinsic hypocrisy here too.

While protecting the honour and sanctity of our womenfolk we need to educate them, provide them equal opportunities and facilities to shoulder social and domestic responsibilities. Unfortunately, many of us hesitate to give them their due share in family property. This general attribute clearly demonstrate the collective hypocrisy that exists in our society.

The uneven distribution of property is also one of the causes of feuds among Pakhtuns. Many elders try to suppress the distribution issue unnecessarily which at the end augment troubles among brothers. In return, it also intensifies the negative fallout of tarburwali. Abdul Ghaffar Khan has said that "if you want to know how much civilised a culture is, look at how they treat their women." His son, the great poet, Ghani Khan said about Pakhtuns, "He loves music but has a great contempt for the musicians. He is kind and gentle but hates to show it. He has strange principles and peculiar notions. He is hot-blooded and hot-headed and poor and proud."

Tarburwali (first-cousin rivalry) is a central feature of the Pakhtun life. Pakhtuns’ folklore, poetry and proverbs demonstrate negative connotation of tarburwali. Father’s side male first cousin is called tarbur, who is considered a potent challenger even to say enemy in the cultural, political, social and economic paradigms. Family members compete for land, political and social resources from a common ancestor.

As time goes by, men inherit smaller and smaller plots of land, as it is subdivided among sons and cousins. To upset their cousins, Pakhtuns would enlist in those groups which are not even their blood relatives in exchange for power, wealth and respect. In doing so they would have to accept the discipline of an outside group to undo his cousin. The fact that there are often conflicts between closely related males indicates that Pakhtun culture is devoid of the concept of solidarity. If utilised the celebrated concept of tribal or social solidarity of Ibne Khaldun, Pakhtuns can forge an unprecedented form of unity among themselves.

Pakhtuns are harsh in enmities just to uphold their "Pukhtu" or "Ghairat". These enmities have claimed the lives of even brothers, cousins and other members of the kinship group. While continuing these confrontations, the expected loser (the one who is supposed to take the vengeance) has one thing in mind: Pakhtu mi kacha keegi i.e. if I surrendered or made reconciliation without taking revenge, my Pukhtu will be incomplete.

Besides, disastrous social implications, these enmities eventually end up through the institution of Jirga with big financial and human loss on both sides. The loser in the war for "honour" is termed "Beghairat" or Dawoos (void of honour) and is given "Peghor" (curse or taunt) by society to torture him mentally and provoke his emotions.

Great nations must have the capability and resilience to renew and reform itself from within. They should not be influenced by mere propagandas by outside forces. This particular characteristic distinguishes a dynamic nation from mere herds of people with least intellectual capacity to understand the peculiarity of time. Civilizations evolved after a long process of experiencing collective wisdom for an upward march. In the process it demonstrates its innate capacity for renewal after every calamity and shared disaster.