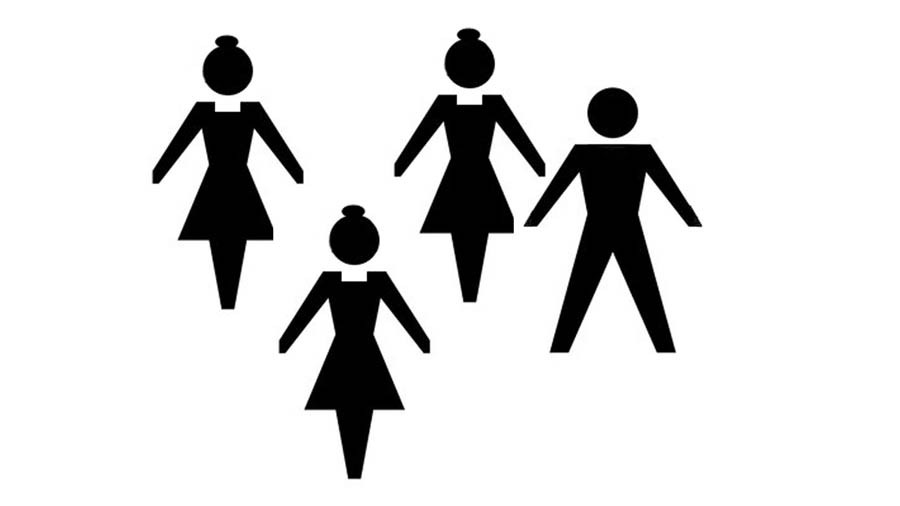 The most recent surveys of Aurat Foundation reveal that an estimated 8,500 women are subject to violence a year. Which means that there are 8,500 (or more) perpetrators of violence present in Pakistan. While most discourse on the issue of women’s rights is focused on understanding the plight of women, it is imperative to holistically view violence as a personal and social relationship between two genders.

If women have become normalised to bear masculine brute, the masculine psyche has also normalised the violence it inflicts. Then the question is what makes men so violent? What psychological or social factors construct such unchecked discrimination?

There is a widespread tendency to associate violence to illiterate masses, conservative religious ideology, rural contexts and poverty. Yet, physical and psychological violence against women is a worldwide phenomenon that cuts across nations, race, class, ethnicity, religion, and culture.

Hence, there is something wrong with how the male experience is shaped universally that allows and proliferates this violent mindset that is deeply embedded within familial, social, economic and public institutions.

Hameed, a 35-year old living in Chauburji is an unemployed man with three kids whose wife, Aasia, works as a waxing lady. Hameed spends his days working as a volunteer for the local mosque and identifies himself as a devout Muslim. He spends the nights drinking on the streets and occasionally comes home to demand Aasia’s wages and, more often than not, beats her and their daughters in a hysteric rage.

Aasia, while giving this interview, sports a bruise on her forehead. "He says it is his right to take my wages since he is the man. He says we, as his family, belong to him. The days I do not earn as much he threatens me with divorce for being useless and vows to throw me out of the house I pay rent for."

The notion that a man may not seriously hurt the woman, but "beat her lightly" points to the refusal to give up that sense of superiority, entitlement, and violence, proliferating the idea that a man’s right to inflict violence is greater than the woman’s right not to be violated.

On the other hand, there is Tariq, a wealthy and prominent 38-year old living in Model Town who runs his family business, has four kids, and his wife Rehana is a homemaker and socialite. Tariq dispels religion and prides himself in being a liberal secularist and an affluent member of society.

Rehana relates that around once or twice a month her husband will calmly turn up the TV volume, lock the door, and beat her senseless with a belt. He is careful never to hit her face or leave visible marks. "For him, I am his property," she says. "He tells me that since he provides for my lavish lifestyle and I am unable to have any real value for him apart from looking good I deserve to be punished. And he says I would have nowhere to go and the shame would kill my father who is a heart patient."

While these two men seem worlds apart, their need for control, staunch sense of entitlement and ownership are strikingly similar. The man with no property or wealth treats his wife and daughters as the only thing he owns; the man with immense wealth treats his wife as an extension of all that he owns. Both display this inherent, unquestioned belief that being a ‘man’ justifies their entitlement whether to Aasia’s wages or Rehana’s beauty.

A sense of tyrannical control and superiority that demands violence in order to be truly assertive seems to be the foundation of their violent masculine psyche, alongside the assumption that women are made as passive bodies to bear brute force and exploiting the fact that women have no economic and social safeguards against their force.

These violent traits are then projected as masculine nationalism that is very protective of a large-scale hyper-masculine psyche. Entitlement, superiority and physical strength serve as indicators of power and a desire to dominate and control rather than co-exist or strive for equality.

This is evident in the clerical backlash to the Violence Against Women Bill in Punjab. JUI-F chief, Maulana Fazlur Rehman, says "this law makes men insecure."

The notion that a man may not seriously hurt the woman, but "beat her lightly" points to the refusal to give up that sense of superiority, entitlement, and violence, proliferating the idea that a man’s right to inflict violence is greater than the woman’s right not to be violated.

Furthermore, Chairperson of the Council of Islamic Ideology (CII), Muhammad Khan Sherani, rejected section 7(d,e) of the bill which incorporated the use of tracker ankle and wrist bracelets for men, claiming that it was "making men wear jewelry and aiming to make them un-masculine."

This shines light on the highly problematic and frail construction of masculinity that is threatened by the slightest reduction in the masculine image. So much so that in order to protect symbolic identifications of masculinity, the physical well-being of a woman can be compromised and subsequently justified.

These violent patterns in Pakistani masculinity point towards a deep-rooted national problem with how gender is constructed. The systematic violence and trauma is normalised through the imbalance that overt hyper-masculinity and subdued oppressed femininity create, desperately calling for the replacement of national values, such as ownership, entitlement and control with co-existence, justice, and equality.