From fighting battles and defining foreign policy goals to contesting corruption and playing the game for hearts and minds, the army’s role expanded tremendously under General Raheel Sharif 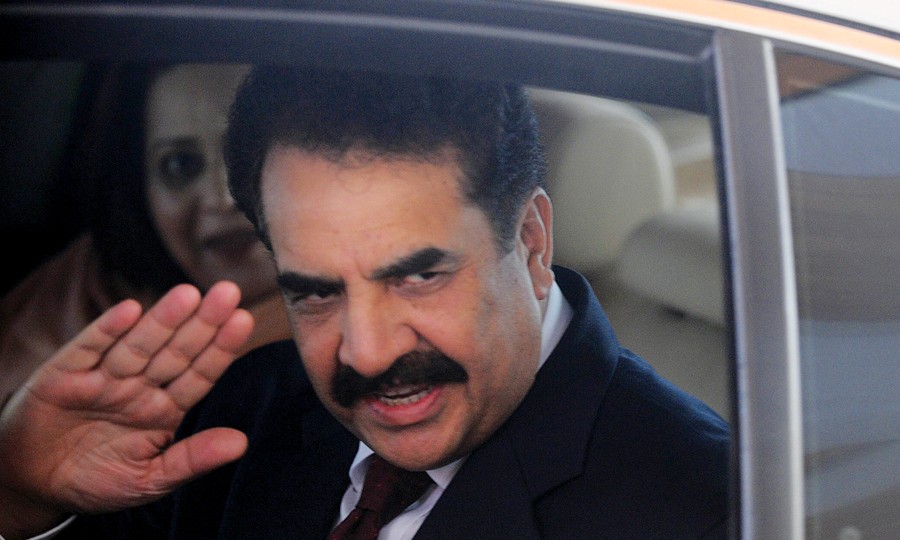 General Raheel Sharif is about to go home and there are many Pakistanis who will miss him for giving them their Walter Mitty moment. Like the meek and mild fictional character from James Thurber’s short story, many of us were driven to fantasy about changing the country’s fate on the general’s shoulders.

Surely, while making the selection three years ago Prime Minister Nawaz Sharif would never have thought that a seemingly docile officer is going to outshine him. Although the general has turned out to be a "jolly good fellow" -- for sticking to his promise of retiring when his time was up -- his period of service will perhaps be remembered more than that of his predecessor for keeping the civilian government on its toes. There was not a single day that wasn’t full of drama and perturbation about the future of the government. The grapevine in Islamabad constantly echoed with imagined sounds of boots marching on the wide constitution avenue.

Many of General Sharif’s juniors remember him from his days as commandant at the Pakistan Military Academy, Kakul -- an officer whose ambition did not go beyond recognising his martyred brother Major Shabbir Sharif’s (Nishan-e-Haider) contribution, by putting his photo in the room that he had occupied at the academy. No one could have guessed his politically restless nature then, or even later, until he became the army chief. A man of few words who wouldn’t regularly engage with journalists like his predecessors, one remains unsure about the source of his passion for starting and winning battles. Was it fulfilling his family legacy or was it the work of his ISPR wanting to go for overkill?

The incoming general may have to work overtime to tame the ambitions of the average officer and re-draw the boundaries for a professionally structured army that expanded tremendously during General Sharif’s period -- from fighting battles and defining foreign policy goals to contesting corruption and playing the game for hearts and minds via the media. The ISPR turned into a huge empire in the past three years to the great benefit of the top leadership.

The biggest feat was clearly re-defining the core threat emanating from India. Contrary to his two predecessors, General Musharraf and General Ashfaq Parvez Kayani, both of whom seemed to have shifted away from India during their last years in service, General Sharif put India right back on the military-strategic map as the prime bogey.

The newcomer would have to take the tough decision: to either try to fit into the huge boots left by his predecessor or get his own pair. Eager to win the war against terror, especially after the tragic death of 140 children at the Army Public School Peshawar, General Raheel Sharif expanded the war front not only to North Waziristan but included in it Sindh and Balochistan. According to the army, the long drawn political issues in the latter two places had to be dealt with through the lens of war on terror.

Furthermore, as part of the strategy, greater curbs were put on dissent in general, perhaps more than and in more ingenious ways than during Ziaul Haq days. The emphasis was on centrality of thinking -- not just to have a national consensus on threat but also on creating a singular vision of nationalism.

But the biggest feat was clearly re-defining the core threat emanating from India. Contrary to his two predecessors, General Musharraf and General Ashfaq Parvez Kayani, both of whom seemed to have shifted away from India during their last years in service, General Sharif put India right back on the military-strategic map as the prime bogey for the army. He even ensured that his successor is unable to shift the goalpost and stands firm in the face of Indian pressure.

Seen primarily from the ‘threat from India’ lens, a tough stance was adopted towards Kabul to ensure it distanced itself from New Delhi. Considering that a senior retired general, who was part of the Pakistani delegation to the 2015 Herat Security Dialogue and known for being part of General Sharif’s close coterie, had voiced his idea of punishing Kabul by pushing the Afghan refugees out, we know that repatriating refugees was not necessarily the civilian government’s decision. It was to fight a battle with India that relationship with docile jihadi groups, most of whom were re-integrated into the state and society, was cemented.

Whether the battles were external or internal, General Sharif will be remembered for upping the ante -- as was most obvious from the war against corruption. His acts of sacking several army officers including a lieutenant general involved in corruption in Balochistan or punishing a brigadier involved in the famous NLC case are commendable. However, this act itself posited the military as an autonomous entity -- a state beyond the state -- that would not expose itself to any other means of accountability.

The fact is that the National Accountability Bureau (NAB) was never allowed to investigate the NLC case. The eradication of corruption in the armed forces remains a glass half empty as a number of critical cases, like that of the Kayani brothers, remain unresolved.

On the civilian side also, the corruption remains unresolved despite allegations for years against leaders of all political parties. One wonders that despite millions of Pakistanis desiring the resolution of the corruption problem, why was it left hanging? The Panama Leaks has caused a lot of furor and instability but it might not push out the prime minister accused of corruption. Where else in the world would you have a covert campaign to declare the prime minister a traitor?

What the corruption campaign seems to have done is to blur the line between an active and a dormant martial law. In the past three years, the lines between the power exercised by the GHQ and the political government had dimmed to an extent that one did not know if it were actually the civilians ruling the country.

Though the process was initiated during General Ashfaq Parvez Kayani’s tenure, the army seems to have shifted away from control of government to governance under General Sharif. This means there would be no formal takeover of the state but no one except the army would take strategic decisions.

Actually, this is not just a baton being passed from one general to another but a new Pakistan being handed over in which the civil society has shifted its gaze from a civilian to a military lens. This is an era of a new nationalism.