Times that are changing 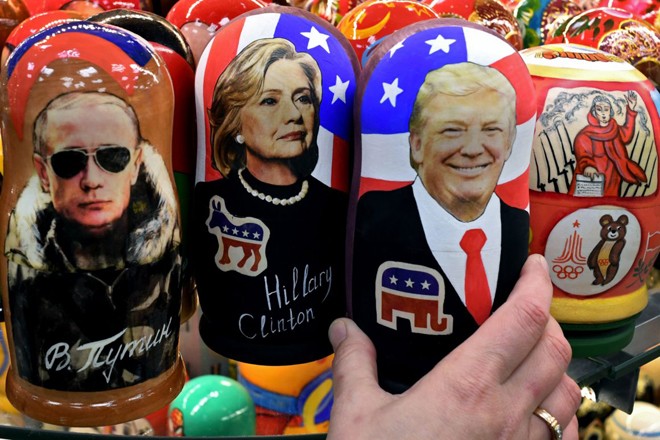 Donald Trump’s startling victory in the US Presidential election has understandably been met with jubilation by his supporters and sheer horror by his detractors. To the latter, his brand of authoritarian, ethno-nationalist populism represents an unprecedented danger to the very foundations of democracy.

This is true to the extent that one keeps two additional points in mind; first, it is important to realise that the bigotry, xenophobia, and militant ethno-nationalism which fuelled Trump’s triumph are by no means unique to him. Authoritarian populist parties and movements are ascendant in most Western democracies, from the National Front in France, the Brexiteers in the UK to Geert Wilders’ Freedom Party in the Netherlands, to name a few.

Second, and perhaps more important, the danger these far-right movements pose is not to democracy in general but to its specific form in the west, i.e., to liberal democracy. In other words, what we are witnessing is the most serious challenge to the hegemony of liberal institutions since the post-war period and one which has broader implications for the world at large.

Critics of Trump, Le Pen and the new far-right in the West often label them as undemocratic but this constitutes a misunderstanding of both their priorities as well as the reasons for their appeal. For one, it is important to recognise that their belief in popular sovereignty is real; they seek office through elections and claim to represent ordinary people against the machinations of a corrupt political elite.

What they seek to undermine is the liberal framework through which popular sovereignty is mediated and which, in their understanding, prevents the genuine flowering of the people’s will to manifest itself.

In other words, it is institutions representing and protecting the rule of law and civil liberties, such as an independent judiciary, free media, etc., that are the problem, particularly when they are supposedly favouring ethnic and racial minorities against the more ‘authentic’ concerns of the majority.

In this way, the ‘people’ are redefined in ethnic, racial, and religious majoritarian terms whose real concerns are being undercut by liberal institutions. Describing the rise of authoritarian leaders in Eastern Europe, such as Vladimir Putin, Viktor Orban and now the Law and Justice party in Poland, the political commentator, Fareed Zakaria, termed these systems as ‘illiberal democracies’ where elections are held but the winners display little or no respect for liberalism, an independent judiciary, a viable opposition and a free media.

The decline in economic prosperity and the rise in inequality have been discussed at great lengths by political commentators. Briefly put, the elite of the industrial world largely failed to realise that the problem of massive social disruption in the wake of the trade effects of globalisation was genuine.

Contemporary Turkey under Erdogan is another example of an illiberal democracy, although one that is now moving more and more in the direction of a personal dictatorship. Many aspects of Pakistani democracy are extremely illiberal and majoritarian and though political competition exists, most parties seek to run provincial governments as single party rule.

Nonetheless, it is important to note that these illiberal democracies had long histories of authoritarianism; single party rule under communism in the case of Eastern Europe and military dictatorships in the case of Turkey and Pakistan. With the rise of Trump, Le Pen, Wilders and others in Western Europe and North America we are witnessing a new phenomenon, i.e., the rise of illiberalism in countries that have been stable liberal democracies since the Second World War.

There are several reasons why the institutions of liberal democracy are under attack in the developed West but three in our opinion seem to stand out; the decline in relative economic prosperity among certain key strata of the population, a form of government by technocracy that was seen as removed from their real concerns and most importantly, the changing demographics of these countries which are viewed as threats to the cultural superiority of the ethnic majorities.

Read also: The spectre of terrorism

The decline in economic prosperity and the rise in inequality have been discussed at great lengths by political commentators. Briefly put, the elite of the industrial world largely failed to realise that the problem of massive social disruption in the wake of the trade effects of globalisation was genuine.

First, there was low-wage competition from emerging market economies that wiped out many traditional blue-collar jobs. Then, while some of the industrial processes were moved back ("on-shoring") because production needed to be near the major markets (notably in the case of quickly changing products), a high degree of automation meant that few jobs were created by their return.

This form of capitalism unmediated by the regulatory constraints of the nation-state and disdainful of old interest groups, such as trade unions has been an unmitigated disaster for entire communities, which have been uprooted without much hope of regeneration. Moreover, as a number of important works have shown, the overall impact of these changes has been slow economic growth coupled with staggering levels of inequality that have all contributed to the populist anger, rage against free trade and calls for economic protectionism to ‘bring jobs back’.

It is unsurprising that liberal democracy seems under threat precisely at a time that it is finding it difficult to provide a higher standard of living to its citizens and for the first time in its history, the current generation in Western democracies will be unable to improve upon the living standards of their parents.

But it is important to note that economic disruption, stagnation and inequality cannot on their own explain why the illiberal right has gained so much across the Western democracies. For one, the populist anger can just as easily give rise to challenges from the left, which has indeed happened in the case of Corbyn in Britain, Sanders in the US, and Podemos and Syriza on the continent.

Second, many advanced countries are experiencing similar changes without the kind of populist backlash we see in Europe and the US. Take the example of Japan, a country which has also been experiencing stagnation for the past 25 years and has a population aging faster than any European country. Yet, it has stayed remarkably free of the populist upsurge from either the left or the right. Here the crucial factor seems to be the ethnic homogeneity of Japan and which sets it apart from the other countries.

This brings me to what in my opinion is the most important factor, explaining the illiberal challenge to liberal democracy in the West; the increasing number of people whose language, culture, and economic presence are seen as a threat to their ‘way of life’ by a section of the ethno-cultural majority.

The liberal meritocratic elites, whose ‘values’ are viewed with equal suspicion by the ‘Middle America’, ‘small town Britain’ or ‘provincial’ France are now seen by the latter as complicit in their decline through their advocacy of open borders and accepting refugees.

These threat perceptions trigger a backlash aimed at restoring ‘order’ and status of the majority even if it means undermining the institutions of liberal democracy. Slogans such as ‘Make America Great Again’ or taking back your country are about resistance to economic, demographic, and cultural change by a section of the electorate that sees its power waning. The future of liberal democracy depends on how far it is able to listen to these differing voices and seek a compromise between the winners and losers of these momentous changes.

Times that are changing