The spirit of his verse

On the occasion of the urs of Abdul Latif Bhittai, recounting the English translations of his poetry 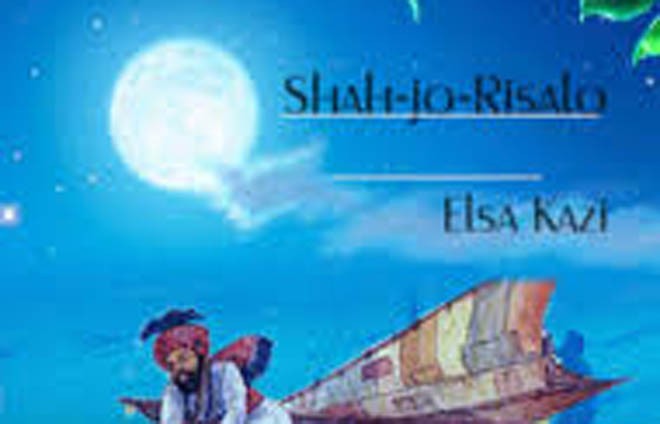 Shah Abdul Latif Bhittai (1689-1752) is a renowned poet of Sindh, whose poetry, after a lapse of more than two centuries, is still venerated and enjoyed not only by literary pundits but even ordinary people in the rural hinterland. In the words of the British translator Richard Burton, "his fellow-countrymen consider him Hafiz of Sindh, and that there are few of them, learned or unlearned, who have not read or heard his pathetic verses. His poetry is the delight of all that can understand it."

Bhittai’s poetry has been translated into many languages, including English.

The first person who undertook this task on a large scale, was Dr H T Sorley (1892-1963), an ICS officer and author. This translation is included in his seminal book entitled Shah Abdul Latif of Bhit: His Poetry, Life and Times published in 1940. Speaking on the problems of translating Bhittai’s poetry, Sorley writes: "In the difficult poems of this eighteenth century Sindhi Poet, I have striven throughout to catch the spirit of his poetry … My translation is generally faithful to the original, except where the exigencies of metre make some latitude inevitable … The metaphors and similes of the original have been retained even when they may appear strange and unfamiliar to English readers."

According to Ghulam Mustafa Shah, the former federal minister for education and the former vice chancellor of Sindh University, "Dr Sorley’s translation has had tremendous acceptability in the educated and the scholarly circles of Sindh in particular, and of Pakistan and outside in general." Manoj Kumar, a writer and professor of English Literature, is of the view that Sorley’s translation kindled interest of Western Scholars like Annemarie Schimmel in Shah’s poetry, since this is such a pioneering translation.

In another publication entitled Musa Pervagans that contained translations along with original texts of selected lyric poetry from the previous 2,000 years from many diverse languages, Dr Sorley included selected poetry of 13 poets of including Bhittai and declared that "to me it seems clear that of all the poets from whose works I am offering translations now, Shah is greatest."

In the words of the British translator Richard Burton, "[Bhittai's] fellow-countrymen consider him Hafiz of Sindh, and that there are few of them, learned or unlearned, who have not read or heard his pathetic verses. His poetry is the delight of all that can understand it."

Another verse translation in English of Bhittai’s selected poetry was carried out by Elsa Kazi (1884-1967), who was herself a poet and author. It was published by Sindhi Adabi Board, Jamshoro in 1965 as of Risalo of Shah Abdul Latif (Selections). Amena Khamisani, the former head of English Department, University of Sindh, opines that "Although this translation is not a literal rendering, Elsa Kazi, a German Lady, has been able to convey its significance very effectively as it has a tremendous impact on the reader."

During the 1960s, Tirthdas Hotchand (1906-1971), also dabbled into translating Bhittai’s poetry and has the translations published in a few booklets. In 1961, his first booklet entitled Shah Abdul Latif’s immortal song: The Song of Necklace, was published. It was a translation of ‘Lilan Chanesar’. Then in 1962 Hotchand produced another book Shah Abdul Latif -- Pakistan’s immortal poet: An introduction to his seven song stories containing translations from various surs (melodies). In 1963, his third book of translation entitled The Song of Kinjhar Lake was published.

Next, in the early 1980s another translation of selected poetry was rendered by G Allana (1906-1985), himself a poet of English language. He couched Bhittai’s message in the diction and idiom used in western classical poetry.

During the same decade, prose translation of Bhittai’s complete Risala (compendium) compiled and edited in Sindhi by Ghulam Muhammad Shahwani was published by Muhammad Yakoob Agha as Shah jo Risalo alias Ganje Latif in 1985. While interpreting Bhittai’s verses, Agha also quoted Quranic Verses and the Prophet’s traditions, along with appropriate Arabic, Persian and Urdu couplets of Roomi, Hafiz, Attar, Ghalib, Iqbal. Critics term it as an exhaustive and commendable work despite a few disagreements.

In 1993, Khamisani (1919-2007) also attempted a translation of selected verses of Bhittai, under the title of The Risalo of Shah Abdul Laitf Bhitai. This lucid translation is more popular in the academic circles of Sindh.

The late Agha Saleem (1935-2016), a famous novelist and author has also translated Bhittai’s poetry in Urdu as well in English. His renderings in both languages have been published under the title of Melodies of Shah Latif in four volumes by the Sindh Culture Department.  Along with K S Nagal, Saleem also rendered translation of Bhittai’s Ganj, one of the oldest compilation of Bhittai’s poetry and other verses sung in Bhittai’s gatherings.

Dr Fahmida Hussain, who has earned a doctorate by researching the image of the woman in the poetry of Bhittai,  has also edited a book entitled Selection from Shah jo Risalo, wherein translations in Urdu and English have been included. These translations were rendered by Dr Amjad Siraj and Naveed Siraj. This book was published by Sindh Graduates Association in 2006.

Next we have Saleem Bhutto Latifi, who mainly writes in Sindhi about Bhittai, has published a book entitled Song of Peace in 2007. The book contains translations of Bhittai’s poetry rendered into English by Latifi and his children Sindh, Sorath and Sarwech Sonetee.

Faiz Mohammad Khoso has also translated Bhittai’s selected poetry into Arabic and English. His renderings were published by Sindh Culture Department in 2009 under the title Selected Verses from Shah jo Risala in Arabic and English.

In 2012, the Sindh Culture Department again published a book of Bhittai’s translations entitled Shah Latif: Poet of Love and Humanity. It was translation of Bhittai’s poetry by Ashique Hussain Memon, a civil servant.

Late Abdul Ghafoor Memon Alasti has also translated Bhittai’s poetry, which was published as The Celestial Sunrise from Sindh. But his English translation is said to be marred by mistakes.

The spirit of his verse