Is the election result a 9/11 of US politics? 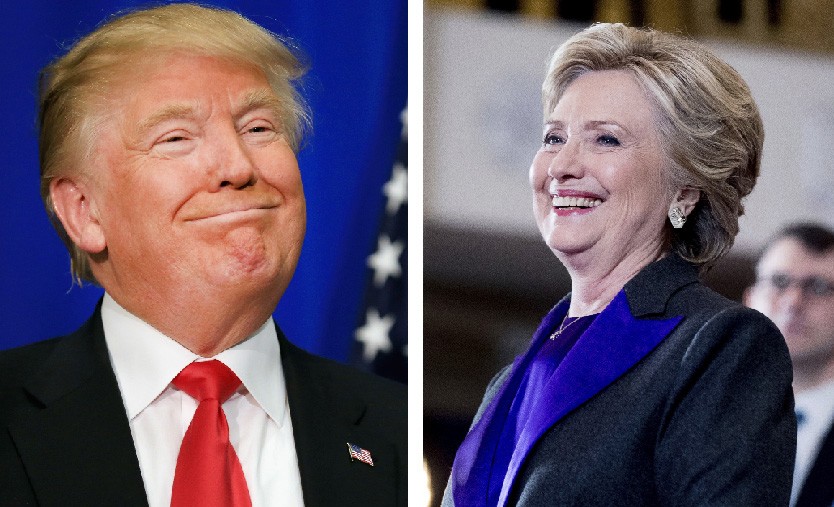 Following Trump’s crossing of 270 electoral votes, I must have read over a hundred pieces. All tried to explain Clinton’s defeat or Trump’s victory by citing this reason or that. I did not find any of these convincing enough. No one seems to know exactly what led to the surprise/shock result. Everyone has a set of evolving factors that they believe is the ‘reason’ of her defeat and his victory. Yet no one is sure of the adequacy of their factors.

I would call this individual and collective state as one of bewildered belief. We all are exposed to too much, too varied, too sudden information, which is neither necessary nor sufficient, and have lost insight -- quite like a sudden and momentary loss of sight after an abrupt gaze into the sun.

This also compels us to say something quick and authentic but we only add to the confusion and noise.

For a way out, we need to do what we do to regain our sight after an accidental interface with sun -- by closing our eyes, rubbing them, looking away and letting the eyes settle. In this Trump trap too, we shall regain sense of things once we take a pause and let the noise of information settle.

I tried to do that for one whole day. In my view, an interplay of eight factors led to this result, where Trump won despite all the ‘wrong’ things he said and did, and Clinton lost in spite of all the ‘right’ things she said (these factors interestingly are as valid for Pakistan as the US).

To start with, let me say doomsday won’t descend with Trump’s assumption of office in Jan 2017. The US took 40 years to reach this point; it will take at least four years to emerge out of this. So let us all bear with President Trump for at least one term.

Good news for the sad supporters of Clinton: historical trends suggest Trump is likely to serve single term. Out of his 44 predecessors, only a dozen did two terms, and about two dozen were voted out after one term. Others could not complete their term mostly due to death or assassinations.

Back to the factors.

Historical trends suggest Trump is likely to serve single term. Out of his 44 predecessors, only a dozen did two terms, and about two dozen were voted out after one term. Others could not complete their term mostly due to death or assassinations.

One, voting in elections (and political association) is sentimental exercise; it’s not a rational choice. Clinton appealed to the intellect and rationality, Trump invoked sentimentality. His voters related to him better, deeper and believed in him. Clinton’s voters did not relate wholeheartedly, and kept suspecting. She was a rational option; he was like a sentimental compulsion.

Two, most of Clinton supporters were bent upon winning the elections on social media -- and they did win it there. Trump’s supporters voted, and were not swayed by the social media.

Four, while judging the candidates, perception and prejudices based on gender, race, ethnicity, fear and general ignorance played as they would play anywhere in favour of the man. Clinton was judged harshly for her work-related mild mistakes -- because woman or no woman, ‘a leader must not fail’ was the pretext. Trump was taken casually, treated softly and forgiven quickly because his grave personal failings were overlooked on the pretext that "all men are like that". Thus male-imperfections seemed more real than a woman’s perfect package -- which sounded ‘too good to be true’.

Five, in the history of US elections, the American voters have always brought the other party after eight years. That is what happened this time. Trump and the Surprised Party would also go after singing one or two songs.

Six, Clinton was no doubt more popular and she got a million or so more votes too. However, about 47 per cent of the voters did not vote. Out of those who did, she got 25.6 per cent, he got 25.5 per cent. But the twist of electoral college made it his day. This layered system was put in place over 100 years ago, it needs reform and rethinking; and an amendment to the Constitution takes several years. So relax.

Seven, to sway voters, politicians need slogans that sound convincing. They do not need to be backed up with substance. Trump did this with aplomb and swayed his voters. Clinton was too intelligent for suspecting dumb-squad. We loved what she said; they did not even comprehend it. Her details did not fit in with the short attention spans of social-media-addicted eyes and ears. In the marketing lingo, she tried to sell a sophisticated dream. Trump put on sale hot, cheap, deep fried spicy food, and sold it quick and fast.

And the last, the US is a country of extremes. They have the best and the worst people and practices. Notwithstanding its material progress, the majority white America is socially conservative, entrenched in Christian faith, disillusioned with American dream of prosperity, and afraid of the ‘others’. Clinton’s progressive agenda was taken as a threat to the majority, its social and religious values, and a promise to ‘the others’. Trump’s trap of frank vulgarity, candid crap, and loud dismissal of the normal and regular sounded more convincing. He appeared to them the saviour Robin Hood who would snatch from the rich and share with the poor. Clinton’s intelligence, confidence and poise haunted America.