The question to ask of those who fixate on decluttering and minimalism is if their life fits into a backpack, can they call it theirs? 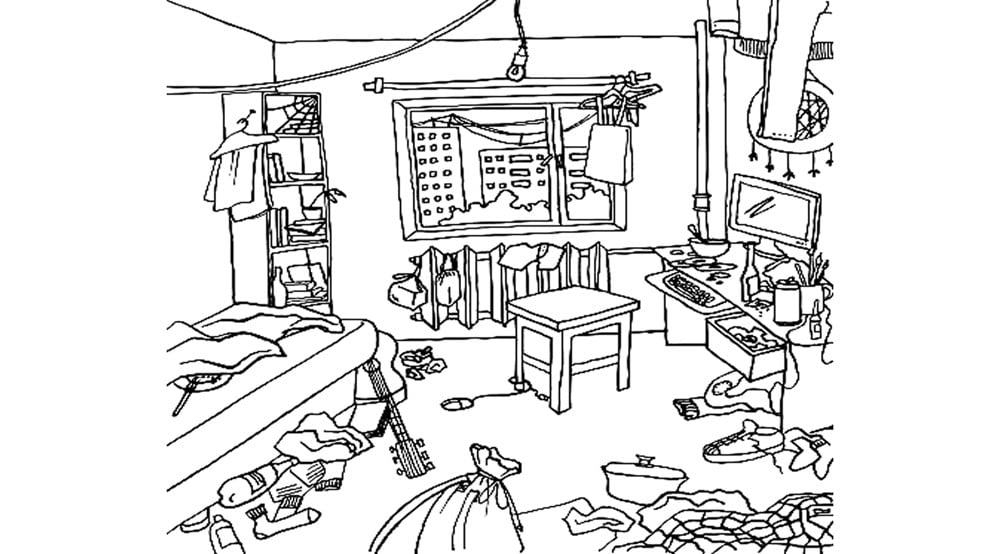 A vintage reel-to-reel tape recorder collects dust as it sits in the corner of a living room anxiously awaiting its fate. About 20 years ago, when the nights were quiet it filled the air with music. Today, it has been condemned to complete silence because it’s not in good shape. There was a time when friends and family gathered around to listen to the greatest hits of Saigal, Talat Mehmood and Mukesh. My grandfather would sit on a rocking chair and explain the ‘science’ of how it worked with an air of authority. Doodh patti and khatais would be served and as is common in such gatherings, the political stew that would be bubbling in the country at the time would be discussed. He is no more, but his tape recorder is there in that very room -- though shifted to a corner and existing in a somewhat crippled state amidst modern gadgetry -- reminiscent of an era when it awed and commanded attention.

Wedding clothes from more than two decades ago which are out of style and no longer fit stacked up in a cupboard -- because everyone keeps them. "Could have made quilts out of them but that is too much work," remarks the owner, Mrs. Samina Javaid.

The way modern life is structured, we are more or less expected to live out of suitcases. Accommodation is expensive, spaces are shrinking and people are travelling constantly; for our own convenience, we keep what we need and get rid of the rest: ‘Declutter your life’, ‘Less is more’, ‘Minimalism works’. But what all does that entail? Gauging functional utility and then parting with objects that no longer serve any ‘real’ purpose in our lives.

The school uniform that has farewell notes scribbled on it -- some of them by friends we don’t even see very often anymore, is still just as hard to keep as it is to get rid of. "Notes from classroom lectures and course books are things I’ve kept," says Saman Tariq, a professional who finished school 10 years ago.

Who would we be without all of these things? Lighter, presumably? A better fit for the world that we’ve created for ourselves?

Minimalism and decluttering as a way of life appears to simplify things but each time one sits down with all of one’s belongings on the floor to figure out what material possessions should be thrown away, one comes face-to-face with the horrors of figuring out what utility one derives from a particular object. The definition of utility and the parameters are also strictly marked out. If it makes life efficient, it stays. If it doesn’t, then it goes.

"Much of what I can throw away talks to me. A pen I own can command me to write. If I’m writing what I’m thinking, these ideas and that pen are an extension of the self," says Numan Siddiqui who thinks minimalism is overrated.

The way modern life is structured, we are more or less expected to live out of suitcases. Accommodation is expensive, spaces are shrinking and people are travelling constantly; for our own convenience, we keep what we need and get rid of the rest.

A thing may not just be a thing -- it can be an impetus, inspiration or a prayer. It can hold so many different meanings for some and yet mean nothing at all. Not all of it necessarily has to make sense. Sometimes, it’s just worth the comfort that one derives from being in a familiar environment -- from knowing that this mess was one’s own doing.

A lifestyle that involves detachment and distancing oneself from material things focuses again on these: beginning with an appreciation of what object ‘must not matter’ to us. Thus, life revolves around being aware of these objects and endeavouring not to form associations with them that weigh us down in any way. Arguably, if material objects do not define one self, the lack of these should not either. To add to this, when all material objects are made by humans themselves and have been celebrated as creative achievements, in their making lies the story of humankind’s ability to adapt intelligently to a challenging and evolving environment -- perhaps, the weight that is felt from owning too many objects is that of these triumphs and struggles.

Decluttering may have its positives, but it is an emotionally taxing and exhausting pursuit. It entails favouring one extreme as opposed to another. Imagine if every room looked like the interiors of a hotel -- clutter-free but completely devoid of any personality. The real proof of living is in the clutter: The old receipts, the outgrown clothes and the items in rooms that seem a little out of place. Life needn’t be envisioned as a backpacking journey, where everything must be small enough or light enough to be carried on one’s back; and it need not be lived in the blank negative space in an attempt to become more ‘productive’ or ‘efficient’.

The question to ask of those who fixate on decluttering and minimalism is if their life fits into a backpack, can they call it theirs?