So how is the dynamic, no-nonsense, Stanford-educated, new CM of Sindh faring? 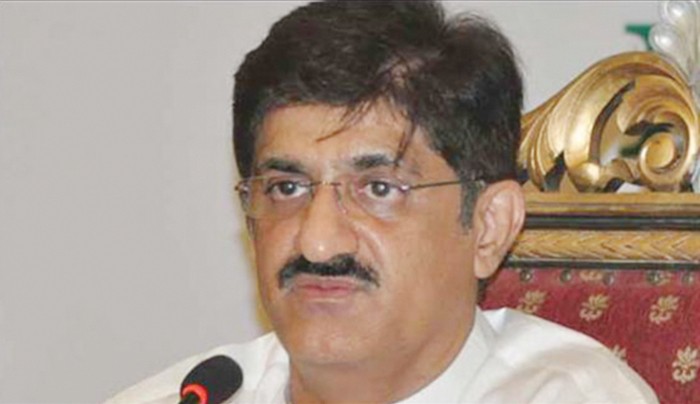 The change of guard at the Sindh government was long overdue. The octogenarian former chief minister of Sindh Syed Qaim Ali Shah, who completed an uninterrupted tenure of eight years, was never accused of corruption. But the provincial government, under his watch, was blamed of being lazy, inefficient and practically inept.

Since taking oath on July 29, 2016, Murad Ali Shah has injected fresh vigour in the Sindh bureaucracy, which is very much visible, at least in the media.

He has declared a health and education emergency in the province and carved for himself an image of a young CEO with his sleeves folded up and filled with energy to work long hours.

Though it is too early to comment on his achievements as it has hardly been three months since he took office, journalists covering the Sindh government say he has changed the sluggish culture of the Sindh secretariat.

"He is punctual," says Mujahid Shah, a senior reporter now working with a private TV channel. "Since Murad Ali Shah took over, the secretaries show up at work by 9 in the morning because the CM starts his day early, which was absurd in the previous set-up."

A former international banker, Shah brought with him the work ethic of private sector which was desperately needed in the sleazy juggernaut that the Sindh government had become over the years.

Weeks after taking over, he signed four to five thousand summaries that were gathering dust in the CM office. There were queries, responses and other trivial bureaucratic red-tapes that kept the movement of a ‘work file’ stalled for months.

"I think in the first few months, the CM worked hard to fight the perception that the Sindh government is a time killing machine," says Mujahid Shah. "And he has been successful on that front."

Talking of perceptions, it is getting increasingly evident that the new CM has a clearly-defined media strategy in place and he takes the image of his administration very seriously.

The newly appointed CM, Shah is sovereign to an extent but the major decisions are still taken by the high command sitting in Dubai or London.

The Sindh Government extended the contract of a former bureau chief of a private channel who joined the Sindh government as a media consultant. The consultant is well-versed with the psyche of daily reporters and offers them custom-made morsels of news bits that perfectly fit the ticker space on the screen. He is used to the 24 hour news cycle of the electronic media and manages a WhatsApp group of beat reporters feeding them peppy news items from time to time.

"The way he writes news…the media advisor knows exactly how to break down a good-for-nothing story into delectable tickers," says a journalist who works with a Sindhi daily, wishing to remain anonymous.

"In the WhatsApp group, he would send trivials like the CM waited on a traffic signal for instance, or he randomly sat at a restaurant and had Nihari, now such tidbits create buzz and you cannot ignore it in the breaking news culture that we have."

However, some senior observers say that on ground things are moving slowly but agree that the new CM is undoubtedly far more assertive than the previous one. [Because] "No matter how much hard work is put in, a CM in Sindh, or KPK for that matter is not entirely sovereign. That’s how politics works in the country," says Idrees Bakhtiar, a senior political analyst.

"He is aggressive but the guidelines come from above." Bakhtiar notes that Murad Ali Shah has made some major announcements ever since assuming office, but they are not translating into action. However, he concedes, "the new CM deserves more time before we begin judging the implications of his decisions."

The newly appointed CM, Shah is sovereign to an extent but the major decisions are still taken by the high command sitting in Dubai or London. One cannot ignore the fact that the PPP-led Sindh government, despite struggling to portray a dynamic, youth-oriented leadership in the shape of Murad Ali Shah is perpetuating traditional feudal politics. For instance, in early August, Murad Ali Shah added nine ministers and eleven special assistants to his cabinet.

Here is a breakdown of some of the portfolios distributed in the new Sindh Government: Mohammad Bux Maher, the provincial minister for sports, is son of Ghulam Mohammed Maher and at present chief of the Maher clan.

Ikram Dharejo, who got the Ministry of Cooperatives, is son-in-law of PPP veteran leader Pir Mazharul Haq. Syed Qasim Naveed joined as assistant to CM for special initiatives. He is son of Syed Naveed Qamar, PPP parliamentary leader in the National Assembly.

The politics of accommodation makes the Sindh government inefficient in a lot of ways and the new CM cannot do much about it. But he is trying to fix whatever he can.

Another interesting thing about Murad Ali Shah is that he is overly focused on the provincial capital, Karachi, where it is a lot easier to get noticed -- sometimes going to the extent he does not need to. Reluctant to hand over powers to elected local bodies’ councillors, the CM seems eager to take credit for cleaning Karachi’s trash -- which should not be his concern.

"It is sad but whenever there is a democratic party in charge they do not let local bodies system to function," says Bakhtiar. "The Sindh Government should hand over powers to the local government authorities as per law. But the CM seems busy doing the job of a mayor, which is not how you run a province."

In fact, Murad Ali Shah’s brash attempt to reign in the shopkeepers backfired recently. The Sindh government decided to shut down shops in the city after seven in the evening. Such a decision cannot be taken unilaterally like a boss of a private company, when hundreds of thousands of people will be affected. So, as expected, the decision bounced back.

"One has to be accommodating in politics. Yes, for efficiency a top-down command and control structure works better, but governments are not run like that," says Mujahid. "So, Murad has to find a balance between the two extremes."