The entertainment industry’s unhealthy obsession with the perfect body 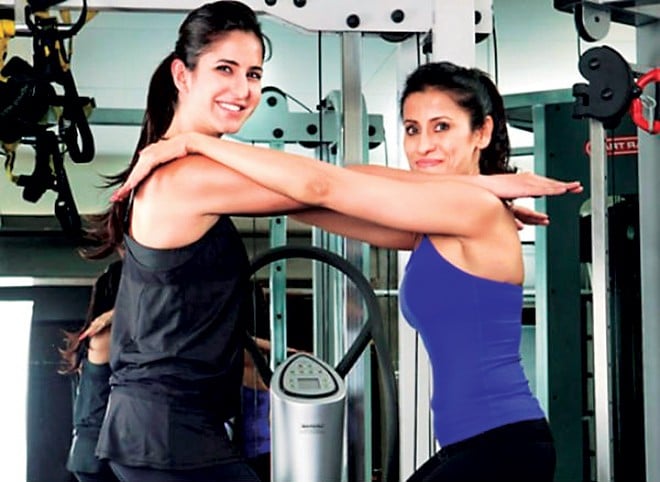 Stating that the fashion industry promotes an unattainable, self-loathing inspiring body ideal would be like stating that life survives on Earth because of the sun. In decades past, the fashion industry was notorious for only working with painfully thin models with anorexia and bulimia rampant among the models and hence passed on to a generation of impressionable youth who internalized the skinny monologue.

Models were famous for making statements that elevated being waif thin as the only acceptable body-size to have. One of Kate Moss’s most frequently shared quotes stated, "Nothing tastes as good as skinny feels," a mantra that boiled down to preferring starvation over body weight. Top models to date have to deal with dehumanizing scrutiny and the likes of Cara Delevingne, Gigi Hadid and Jourdan Dunn have spoken out about being bullied into a particular body size and excessive air-brushing that slims their already sinewy bodies down to the bone.

There’s been a shift in the trend though and it was initially heralded as a harbinger of positive change. After years of intense backlash, at the industry’s unfair standard of the perfect body, the fashion fraternity replaced skinny with toned. A flat stomach is still requisite to even being considered model material but now the perquisite is that it must have abs. Photos and videos of models working out are constantly being shared on social media as healthy motivation and they’re often captioned with click-bait headlines like "how to achieve a body like Kendall Jenner in six weeks" or maybe with even more absurd timelines.

Now while the fashion circuit has always protected itself by claiming the models are required to be skinny so as to not detract attention away from the clothes they’re presenting (the designers do know that women of different shapes and sizes buy their clothes, right?) it’s unfortunate and disturbing to see the impossible body ideal being adopted by the film fraternity as well.

Traditionally speaking, films allowed greater inclusion of talent that didn’t fit the stereotypical bill of beauty or body. Not to say that the film industry isn’t a cesspool of misogyny, ageism and racism but generally the narrative has space for those who aren’t considered quintessentially good-looking. Even then they’re usually type-casted but there is a possibility of actually striking success. You’d probably never see an Amy Schumer, Melissa McCarthy or speaking locally, a Hina Dilpazeer on the runway, unless they were invited as celebrity showstoppers. These women though have certainly carved out a space for themselves in film and TV, as difficult as the road might have been.

Unfortunately though, with the rise of social media and vicious web trolls, film stars have come under greater pressure in recent times to look the part of a glamourous, skinny person. While Hollywood was susceptible to this phenomena earlier, in recent times Bollywood has caught up too. Scrolling the web recently brought to our attention an article focusing on actor Katrina Kaif’s ‘body transformation’. Body shaming was thinly veiled under the guise of healthy transformation and before and after photos of the actor shared to prove how much better Kaif looked after losing the extra weight.

To this sad equation one must factor in the fact that while Kaif probably faced pressure to conform to a particular body type she was lucky enough to probably have a team dedicated to help her go through the process. Plus, she gets paid to look the part, no matter how impossible the look might be. However, women who saw the article might not consider how Kaif’s body transformation is an unfortunate prerequisite for her career before feeling inadequate in their own skin.

Social media is inundated with such transformation or motivational pieces that show women weeks after pregnancy with washboard abs or toned, lithe bodies that have probably never gained body fat. As far as women are concerned, as if there weren’t already enough impossible standards for us to conform to, bodies that put personal trainers to shame have officially been added to the list. They’re not packaged as challenges and fitness routines that have, funnily enough, been commercialized to the point where there’s a health club in every sector of urban locales.

Films and film stars have aspirational value and the rise of the new wave of fitness coaches and trainers capitalizes on the unhealthy sense of conformation that celebrities have the power to promote. While they themselves might be victims of the system, they also help perpetuate it (we hope unwillingly) by selling it as a lifestyle to their fans.

Pakistan is experiencing its own wave of fitness obsession currently. Gyms are a plenty and so are athletics centers, mixed martial arts classes and a lot of other shebang. Why can’t fitness be a personal matter? Why can’t an individual decide what shape or size makes them happiest and stick to it without putting one ideal on a pedestal for others to (forcefully) follow?

In a sense we’re lucky to still have a nascent film industry that’s currently only concentrating on putting out good films without getting too mired into the body narrative. We can only hope that by the time the industry really finds its feet there’s been more progress on revamping plain old body shaming into fancy new packages to sell.