On the surprising rise of Donald Trump 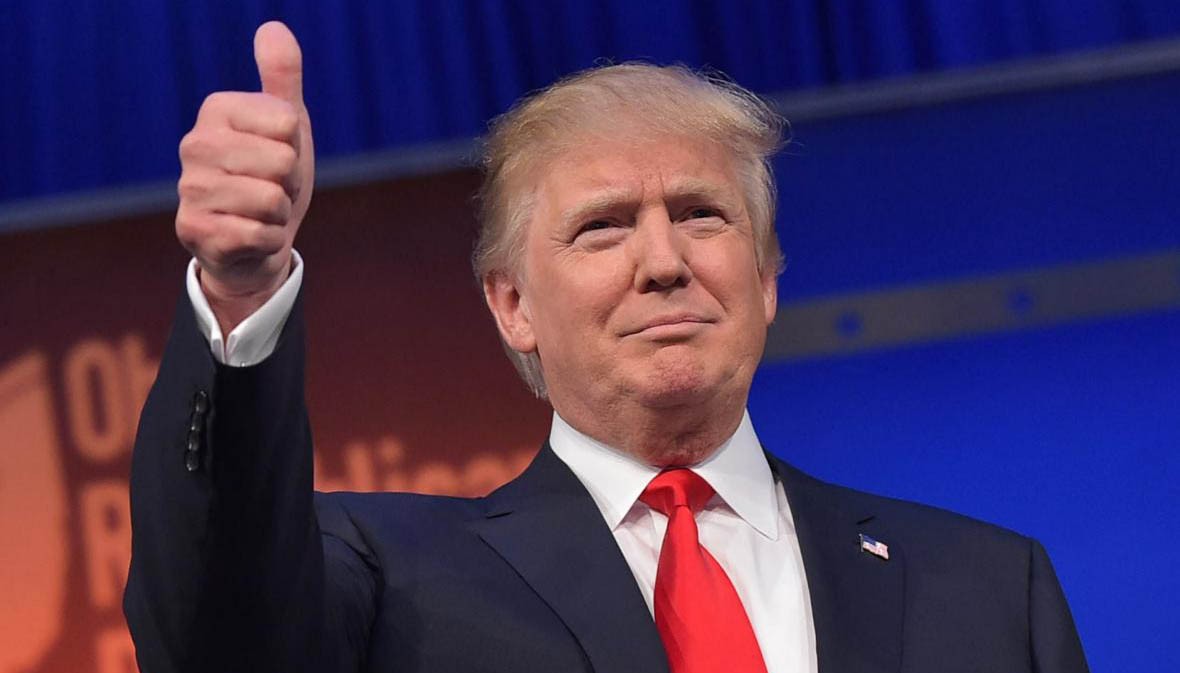 I was in the United States in September last year when I learned that a real estate tycoon-cum-reality TV star named Donald Trump had declared his intention to stand as a presidential candidate on behalf of the Republican Party in the forthcoming election in November.

Donald Trump was not an unknown figure to me. I had walked past Trump Towers in Manhattan, a posh block of flats where only the very, very rich resided, and I had seen his photographs in the tabloids. He was always accompanied by a Miss Universe look-alike girl on his arm.

As a future president he had announced his agenda: he would ban the entry of Muslims into the US, because they were ‘our real enemies’, indeed, he would like to get rid of all the Muslims settled in America.  Also, he would build a wall to stop Mexicans sneaking into America territory, and he would have the Mexicans pay for the cost of building such a wall.

The humbug that he spewed during the months of September and October 2015, (most of which he would deny later on) was unbelievable. It certainly alarmed other Republican leaders so much that they issued statements to the effect that they wouldn’t have any truck with him.

When I spoke to my American friends about the Trump phenomenon, they chuckled or smirked or guffawed. Trump was a joke, they said, a bubble that would burst soon, they said. Not a single person, including one or two Republicans, felt that he was fit enough to be nominated as a Republican candidate. But what if he does? I enquired. The answer still was: No. Not likely. There were other, more sensible, better informed Republicans in the offing.

Well, time passed. Six months later, in March this year, I visited America again. Trump, by now, had not only won some primaries, his bluster had intensified - and his popularity had increased. What do you say now? I asked some of those friends who were sure that he would be eased out of the race. They admitted that Trump had been able to arouse the passion of the extreme rightists, but he had offended the women and the minorities and the American voters were not all that gullible. The powerful Republican lobby was not in his favour. Moreover, the nomination date was a long way off.

I found during my recent visit to America in late September, this year, that the Trump bandwagon was rolling almost parallel to Clinton’s campaign. The Republicans who had slated him at first had now rallied round him.  He had not only won the Republican nomination ritual handsomely; his blather was at its peak.

Clinton trounced Trump. She was in command of her facts; he hectored. She controlled the pace of the debate; he could barely control his temper. She talked about how she wanted to govern; he talked about her inferior stamina.

Presidential debates in America are not only an important instrument in American democracy, they are a necessary requirement of democratic elections. They are meant to be substantive, serious (which, often, they are not) and they are the only time in a modern campaign when voters see candidates think on their feet and speak extemporaneously without the benefit of a teleprompter or consultants. The debate gives viewers opportunities to see how candidates handle pressure. They are also without commercials, a unique phenomenon in American television.

I was in New Jersey when the first of the three debates between the two main contestants was televised. Clinton trounced Trump. She was in command of her facts; he hectored. She controlled the pace of the debate; he could barely control his temper.  She talked about how she wanted to govern; he talked about her inferior stamina. He made faces and said she "didn’t look like a President", a remark which convinced one newspaper to say that Trump had won the first contest.

He sniffed and he snorted. He took every bait that Clinton dangled over him. He sounded more like a heckler at a Clinton speech. The rhetoric that drew huge applause at his rallies did not come to his aid. He appeared to be a man who had not ever been blessed by wisdom. When asked why he doesn’t pay any taxes his answer was bullish: "That makes me smart" he said. He insisted over and over that he had not said women were "pigs, slobs and dogs". He remained testy throughout and, eventually, resorted to what he knows best: bluster "I have better judgement than she has. I have a winning temperament. I know how to win."

Hillary’s composure had to be admired. Trump interrupted her countless number of times (one newspaper described this as "Hillary being manterrupted"), she didn’t play the same game.

The summing-up of the debate by several expert observers in The New York Times was that Clinton was in command from the beginning and though there was no knockout blow Clinton won the debate hands down. On issues Trump flustered and forgot why he was there.

Trump might yet come out with a knock-out blow. Peggy Noonan, a political correspondent who has been covering American elections for many years, thinks that this is the "year of the Reticent Voter". "Every four years" she writes, "I ask people if they’ll vote and if they have a sense of how, and every four years people tell me assertively or shyly, confidently or tentatively. This year is different. I’ve never seen people so nervous to answer." This year people tell her that they haven’t decided, which is how she knows that they are going to vote for Trump. "Trump voters especially don’t want to be categorized, judged, thought stupid, racist, sexist, Islamophobic, you name it, and they are not. I asked one smart businessman in Tennessee who he’s for. He carefully and, at length, outlined his criticisms and concerns regarding both candidates. Then as I started to leave he threw in from nowhere ‘So I think Trump’."

The most pertinent piece I read after the first debate was written by Thomas Friedman, a Pulitzer prize author:

"The overwhelming question, not for me but the world, is how can you see a man occupying the Oval Office who doesn’t know enough to finish a two-minute answer on any issue without the hamburger helper bluster, insults and repetition? How can the Americans put in the Oval Office a man who boasts that he tries to pay zero federal tax but then complains that our airports and roads are falling apart and there is not enough money for our veterans?…"

But if on November 16, American voters feel that bluster, blather and blubber is the talk of a man who knows how to assert himself, and how to be a winner, then in the words of The Guardian, ‘they have found a candidate who is just as mad as they are.’