While the green spaces under the flyovers are being created, urban planners mostly regard the whole exercise as a cosmetic makeover which is only changing the face of the city 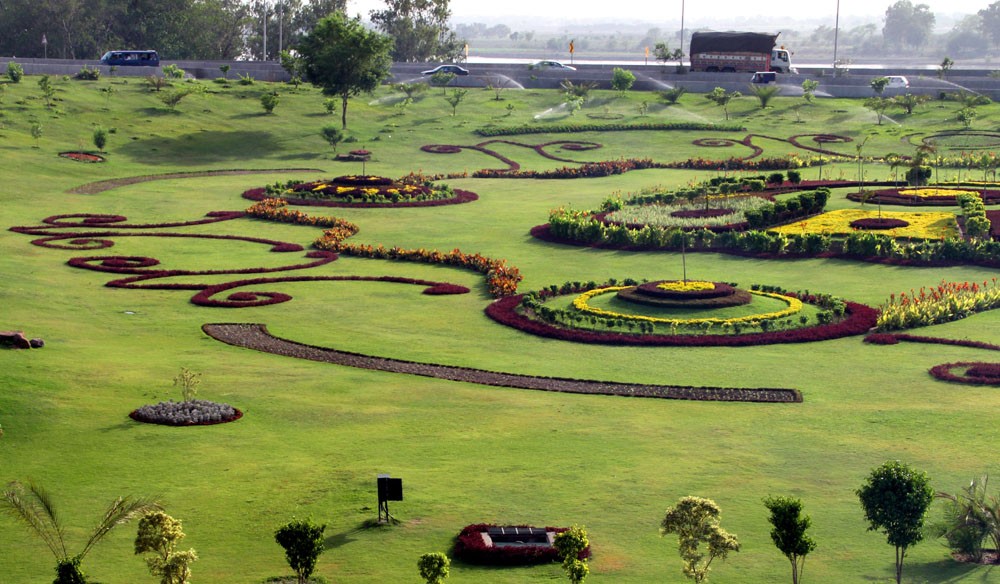 Our "beloved city," as Bapsi Sidwa writes of Lahore in one of her books, is truly remarkable on various accounts. Through the centuries, this ‘City of Gardens,’ as it is mostly referred to, has inspired poets and writers to fall in love with it and pen down their emotions. It has also been the cultural and educational hub of Punjab, if not the entire country. But, over time, Lahore has seen a lot of development, so much so that it should, perhaps, now be called the city of concrete.

Or how would you describe the picture that emerges from the chaotic arrangement in which the massive concrete columns dot the city, or the twirling flyovers and underpasses that sprout out of nowhere.

Kevin Lynch, the 20th-century American urban planner and author, identified five elements that help build a mental map of a city in his famous book, ‘The Image of the City’ (first published in 1960). One of these is the "pathways" that run along within the city. As far as Lahore is concerned, it boasts plenty of such pathways running on, for instance, the Canal Road, the Mall, Ring Rd and Ferozepur Rd. These are used by hordes of motor vehicles, bicycles and pedestrians tramping on top of each other.

One of the major pathways flowing across the city is the metro bus corridor which is entrenched upon the city. This intervention got a lot of flak from urban planners and civil society groups; to no avail. Discussing the pros and cons of metro may not be relevant anymore as it has become a permanent reality in defining the image of Lahore, whether good or bad.

What, however, is important is the fact that lately the government, with the help of the Parks & Horticulture Authority (PHA), is trying to change the morbid atmosphere caused by the grey, monolithic concrete around the bus route, by setting up green interventions.

The leftover spaces under the flyovers are being turned into green belts of landscape, with different varieties of vegetation, and the hanging planters are being mounted along the parapets of flyovers and underpasses. The much-criticised jangla (fence) of the metro bus is being covered with flowering creepers, and the sloping edges of the flyover draped with smaller plants in pockets. What’s more, the gigantic columns and the parapets of the flyover have been painted in beige, with an alternating colour at every bus stop. Benches and seating have also been designed under the flyover at certain points.

The recent green interventions may be subtle in nature, those that you may not even notice, but they are actually changing the face and the image of the city.

At night time, in order to give the city the look of a discotheque, the parking lights of different hues have been installed under the pylons.

Arif Yazdani; a landscape architect, is pleased with these green interventions. "I believe it’s good work," he tells TNS. "If one looks at the Islamabad metro bus route, we find no such green belts; it’s all rugged over there.

"It is important to feel the loss of greenery. Such landscaping under the flyovers is important not just for aesthetic reasons but also for environment."

He explains that the plants under the metro flyover are those that grow in shaded environment such as the species of krotons, dieffenbachia, dracaena marginata, royal palm, and marble green. Hence, these are apt for survival.

However, Yazdani insists that the green belts should not be turned into accessible public spaces otherwise these would be misused.

Recently, benches have been installed at places along the metro route where there is wider space. These aren’t occupied by the daily commuters of the metro bus but by the homeless, the beggars and the drug junkies.

Junaid Alam, an urban planner, rejects the way the green spaces have been designed. "The cosmetic makeover by putting some paint and green plants isn’t enough," he says. "Lahore is faced with an extensive urban crisis in which the city is expanding horizontally. The flyovers have created leftover spaces which can be put to greater use by making public utilities like healthcare clinics."

Alam, who has recently worked with some university students on a thesis project that explored what could be done with such leftover spaces that don’t turn into commercial hubs but provide public utilities, feels that green public spaces in the middle of a road is not a great idea. "The smoke and dust present in our environment don’t make these spaces user friendly."

Syeda Aimen Fatima, a student of architecture at a local college, is of the view that the green spaces should be there but the percentage of money spent on the recent green interventions along the metro route in the name of beautification is uncalled for.

"In landscape architecture, we are taught that the green within the design should be complemented with function. But this doesn’t seem to be the case in Lahore," she says. "In Multan too, the government is supposed to have spent Rs155 million on the metro bus beautification. It is all about doing cost-benefit analysis and then making such bizarre decisions."

In the final analysis, the recent green interventions may be subtle in nature, those that you may not even notice, but they are actually changing the face and the image of the city.