A Centre of excellence 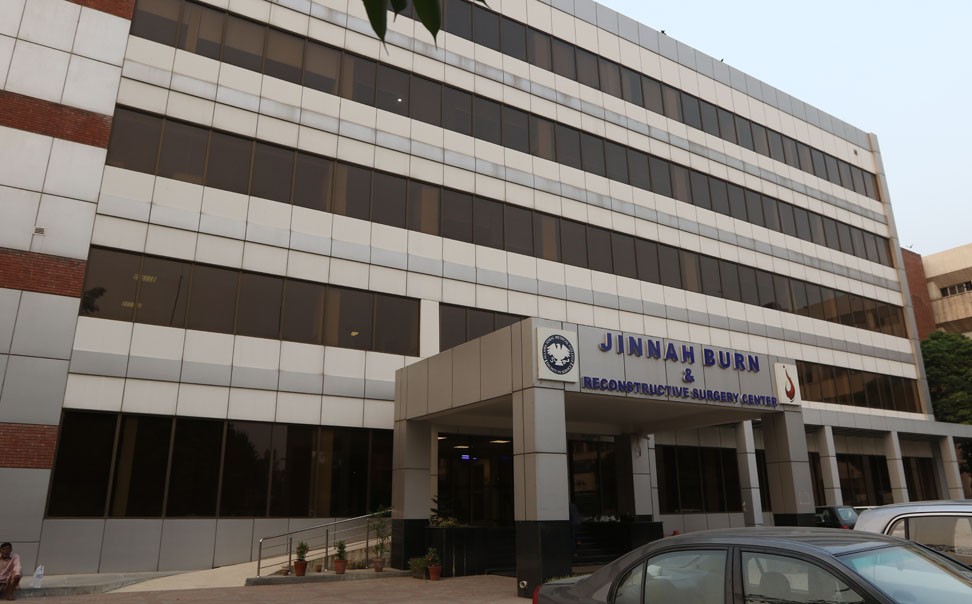 The Jinnah Burn & Reconstructive Surgery Centre (JBRSC) has seen many obstacles, right from the time it was planned in Chaudhry Pervez Elahi’s tenure as chief minister of Punjab in the early 2000s. It’s finally fully functional now.

Spread over an area of six kanals and 15 marlas, the six-storey, state-of-the-art centre is a great relief especially for patients coming in from far-flung areas. Adnan, a class 9 student, who is currently under treatment at the facility, was brought here by his uncle all the way from Depalpur. "I had burnt my left arm and leg badly in an accident, almost two months ago," the young boy says. "The [Jinnah Hospital’s] emergency staff called the doctor at the JBRSC. I was then transferred to the burns unit, where I was treated for about a month.

"The burns on my leg have healed but the skin which was transplanted from my right leg on to my arm did not grow. So the doctors conducted another surgery. This time, they peeled the skin off a part of my belly and used it on my arm. Thank God, I have started to grow my skin back."

Being a public facility, all the expenses on Adnan’s treatment -- which included surgical operations and medicines -- were borne by the hospital.

Burn is said to be one of the major causes of mortality in Pakistan, whereas the highest number of burn incidents reportedly take place in Punjab. In most cases, the people were found to not adopt safety measures. Women, particularly in villages, are unaware of the dangers of using open fire for cooking. Often, they work on the manual stoves, wearing a dopatta (scarf) that hangs loose and catches fire at any given instance, as it is made of synthetic fabric.

Placing inflammable substances such as air fresheners and acids in kitchen cabinets are also not safe. Besides, the children must be watched over. The JBRSC routinely receives cases of minors who hurt themselves while playing with matchboxes.

The JBRSC is a 65-bed centre with trained staff and specialised treatment facilities for burn victims. It also helps to takes in trauma patients and helps them through their rehab.

Talking to TNS, the administrator at the centre Dr Jibran Rabbani says, "We have a well-equipped Intensive Care Unit and a ventilator which the other burn centres in the province don’t. Even the one at Mayo [Hospital] does not have an ICU and ventilator facilities. Kharian CMH’s burn unit boasts the facilities but these aren’t state of the art.

"At JBRSC, we start with initial resuscitation, early intensive management in an ICU setting, and acute management of the cases in order to promote early healing, using modern therapeutic modalities.

The centre hasn’t yet started treatment in which artificial skin can be grown. Reconstructive surgery, as an alternative to artificial skin, is used but it costs a fortune.

"At JBRSC, we deal not only with burn victims but also take in trauma patients who require plastic surgery. We ensure their complete rehabilitation."

About the flow of patients, Dr Rabbani says that over a hundred patients visit the centre’s OPD daily. "Mondays are set for the patients with head, face and neck injuries, Tuesdays we look at those with arm and hand injuries, and so on."

A common surgical operation costs up to Rs200,000. The patient isn’t charged a penny.

On the downside, the centre cannot accommodate a large number of patients. Its beds are dedicated for patients of plastic surgery, reconstructive surgery and burn injuries.

Secondly, the centre hasn’t started developing artificial skin. Reconstructive surgery, as an alternative, is used but it costs a fortune.

A Centre of excellence