A shift in perspective 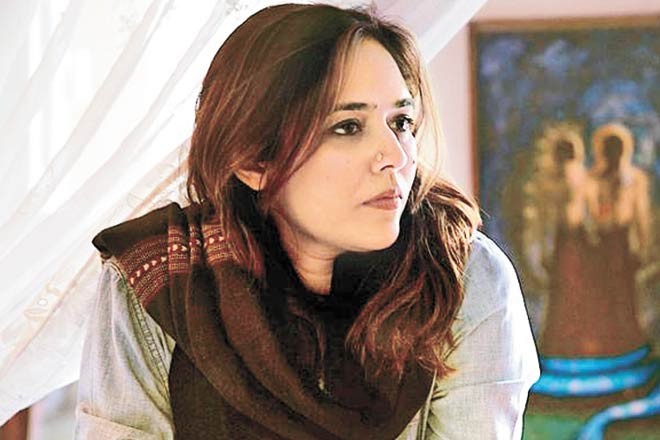 With the recent conclusion of the drama series, Udaari (that revolved around the themes of child abuse and music), it’s become evidently clear just how important it is to highlight social issues that are often considered a taboo and brushed under the carpet. Whether it’s domestic violence, child marriage or sexual abuse, these tough issues need to be discussed openly for society to find a positive way forward and there is no better way to do it than through the powerful medium of television.

For so long, Pakistani television dramas found an audience both at home and abroad because they depicted reality and served as a mirror to society. Not surprisingly, they attracted attention from across the border and to some degree, even the Middle East.

That said, in the past few years, the quality of our dramas has diminished, thanks to an alarming number of weeping willows found in various drama serials. The defense has always been one: this is what the audience craves. But of course, artists, writers and producers have a social responsibility that must extend beyond ratings and the numbers game.

Another unfortunate argument made by artists, writers, producers and by those in the entertainment business, is that the audience lacks intelligence and cannot digest anything unusual.

But the undiminished love for progressive TV plays of the past like Tanhaiyaan and Ankahi as well as the public response to Udaari is a sign that the audience can appreciate a narrative drenched in painful reality.

The drama serial, brainchild of Momina Duraid and Roshaneh Zafar (Kashf Foundation), soared to greater heights for masterfully tackling an issue as sensitive and difficult as child sexual abuse; it’s an issue that many struggle with in this country; where numbers on this particular subject are far too high and heartbreaking.

"I was confident from the beginning that once the play goes on air, the audience will start connecting to it," noted Ehteshamuddin, the director of Udaari, in a conversation with Instep. "The way it was being written and executed, the manner in which the message was being conveyed, it was bound to hold viewers’ attention. I have always had complete trust in our audience. The time is changing now; if we know how to handle a sensitive subject on television, there wouldn’t be any hesitation in highlighting the toughest of issues that confront society on a day-to-day basis."

Television is a powerful medium and has the ability to reach a large audience. While it serves as a source of entertainment for viewers, it can also be a conduit for conveying engaging ideas, information and awareness against the evils that plague our society.

"There are a lot of issues that need to be addressed," observed Ehteshamuddin. "One of them is child abuse that we tried to highlight in Udaari and even though the play has finished, this is not the end. It’s the beginning of a new wave that Udaari has given rise to and it will go on in the future as well."

Udaari also shines as an example when compared to other TV productions such as Sangat that made a conscious effort to tackle the issue of rape but made an absolute mess of the whole thing, a viewpoint that is shared by director and storyteller Mehreen Jabbar.

"We are caught up in women and their affairs. Also, in recent years, we have seen glorification of the rapist (Sangat), inducting rape very casually and not really providing enough solutions and perpetuating the idea of shame that it should be hidden. This I think Udaari breaks really well."

Of course, not all is lost. Another drama serial that handled the issue of child marriage with sensitivity was Rehaai (2013). An initiative by Kashf Foundation, it was directed by Mehreen Jabbar and gave viewers more than misery; it inculcated a sense of hope that is crucial for survivors as well as those connected to them.

"While it [Rehaai] depicted the abuses and the problems faced, it also showed emancipation and a solution, which is very important," Jabbar told Instep. "Moreover, I think we need not just socially-based dramas but also need to explore different themes in general. We need a variety of ideas like we used to have in the early days of television; they can range from anything. There are so many stories to tell."

One cannot deny the fact that the audience loves to watch their favourite couples together onscreen such as Maya Ali and Hamza Ali Abbasi (in Mann Mayal) or Humayun Saeed and Mehwish Hayat (in Dillagi). But casting popular actors together can only go so far. It cannot rescue the narrative from reinforcing regressive ideas, which in a country like Pakistan, can be extremely dangerous.

"Diversity is very important; you can’t keep showing the same thing repeatedly," explained Ehteshamuddin. "Even when we just had PTV, it had diversity; there were programs for people of all age groups including men, women and children."

Jabbar, who has a penchant to tell remarkable stories and is behind dramas like Jackson Heights (that traced the lives of overseas Pakistanis living in New York), was critical about the lack of diversity as well that we find in television.  "We need plays that have a strong message," said Jabbar. "We need engaging storylines that do not perpetuate total helplessness and show everything bleakly."

However, both directors blame TV channels for this enormous show of lack of diversity and for their unwillingness to encourage out-of-the-box ideas. While Ehteshamuddin noted that it’s not writers who should be blamed but the channels that have different demands, Jabbar maintained that TV channels are interested in only those stories that they think would fetch high ratings.

"There are so many serials going on nowadays on so many channels. Out of 100 serials even if you have 10 that are worthwhile, that people can engage with, I think it’s very important for channels to invest in those stories and not just have the same kind running," shared Jabbar.

It’s about time television drops hackneyed plots and allows for the necessary shift in perspective, ideas and goals for the future.

"The audience is a very mixed bag; they love Bulbulay, they loved Udaari so I don’t think we have one kind of monolithic audience," said Jabbar and added: "If you give them something new, they will accept it. Also I firmly feel in every project you obviously can’t get 100 per cent viewership; it’s never the case unless you’re very lucky. You have to be honest and you should have integrity in what you’re saying. Even if out of a 100 people, 50 like it, that is good enough."

A shift in perspective