The influence of cinema

Do films have the power to influence society? If they do, then what are Pakistani films teaching us? 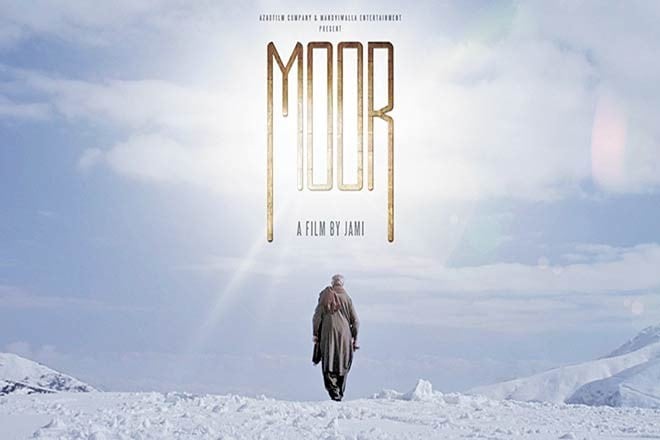 With Pakistani cinema finally reviving, it’s pertinent to ask the following question: Are our films headed in the right direction? And I don’t mean in the aesthetic sense; most of our films look beautiful, even if they sometimes don’t make a lot of sense. Film directors are becoming very cautious of their frames and cinematography, and that becomes evident when we see a fabulously captured shot that shows a grand landscape, extending for miles and miles on the big screen. But is just as much attention being given to the messages being projected through these films? And does it even matter?

When I mention messages, most people roll their eyes. Film is a medium meant to entertain viewers; it’s not always supposed to be educational. But I don’t necessarily mean messages that have some deeply rooted socio-political significance, addressing huge political or humanitarian agendas, but messages that a person intercepts in their daily lives. Attitudes, ideas, thoughts – how much impact does a film have in teaching this to society? Do filmmakers realize their responsibility in disseminating these notions?

Perhaps this whole conversation began when Reham Khan spoke to a local English newspaper about her film, Janaan, and how she finds films to be a responsibility. She explained her point by using an example: films which show men cheating on their wives in Bangkok might have a moral at the end, but people will still pick up messages from such stories. This seems to be a fair concern coming from someone who believes films to be a responsibility. Her own film - Janaan – which has been doing really well at the box office, seems to be a romantic comedy but also touches upon a sensitive topic without preaching or giving it a moralistic ending.

Vasay Chaudhry is of another view. Being the writer of Pakistan’s highest grossing film in 2015, Jawani Phir Nai Ani, gives him the license to comment on this issue. Of course, his film also depicts the situation that Reham Khan seems concerned about, as JPNA is the film that revolves around the lives of three men who set out to cheat on their wives in Bangkok. Chaudhry is dismissive of these accusations as he says that the film was not encouraging infidelity since the moral at the end of the film is actually contrary to what people who haven’t seen the film may believe. The men are unable to cheat on their wives despite many attempts; they even admit to their mistakes. "There is even a speech at the end that the blame always lies with men. Perhaps Reham didn’t agree with that point of view," he said, though we aren’t sure if this end-of-the-movie-speech format works in favour of the filmmaker or the audience, as preachy speeches at the end do become quite boring and probably are not the most intelligent way of constructing a narrative.

Coming back to the topic of depicting infidelity, Chaudhry feels that this topic is explored in films all over the world, whether in Hollywood or even Bollywood, with films like Hangover. "I’m the first to show something like this (in Pakistan) in my film but it’s not like people are running to Bangkok to cheat on their wives after watching this. I’m not so creative that I’ve started an entire movement because of my film," added Chaudhry sarcastically.

But change takes place slowly; it’s not necessary that people will immediately start imitating what they see on the big screen. There are instances in history that are examples of instantly imitated behaviour though, with Clockwork Orange being the most famous example. Upon the film’s release back in 1971, young boys started committing crimes identical to those in the film: a girl was gang-raped by a group of men singing ‘Singin’ in the Rain’ while committing the crime, imitating the actions of Alex and his gang from the film. This became such a common phenomenon that Stanley Kubrick, the man behind A Clockwork Orange, willingly withdrew the film from distribution in the UK. The film also remained banned and locked away until the director’s death in 1999. While many may argue that such scenarios are one-off, it does make it difficult to say that films do not have the power to immediately influence people.

Hasan Zaidi, filmmaker and journalist, adds on this difficult subject to ascertain and quantify the amount of impact a film will have on society, but he believes that change takes place slowly and doesn’t happen overnight. "I don’t think it makes a difference in terms of immediate impact. It’s not like you have a film coming out, and something happens because of it. That is very, very rare. Generally things happen over time, the attitudes depicted in films seep into our cultural consciousness, and they change society as a whole."

Speaking about JPNA specifically, Zaidi feels this issue is being blown out of proportion and a movie is a filmmaker’s license to express his point of view. "If you suddenly put a ban on the depiction of anything adverse in society, that would be absurd because that’s what a film is all about. Depicting something bad doesn’t necessarily mean that that thing will be adopted by society."

In this light, it makes sense that filmmakers should have the freedom to show whatever they wish to show in their work. After all, films like Khuda Kay Liye and Moor would then cease to exist, because according to Reham Khan’s argument, showing religious extremists, for instance, might influence people to become religious extremists as well and then there would be nothing left to show in films. And films are constructed around conflicts, which get resolved towards the end. If nothing bad could ever be depicted, then there would be possibly be no conflict, and without conflict, there would be no resolution. Therefore, there would be no need for even making a film in the first place.

However, Zaidi is careful to draw a balance between both extremes. "Of course there are harmful things that are over the top, which can promote bad aspects and attitudes," he says, adding that one of those things could be the harmful depiction of women. "Women are constantly depicted as helpless figures, or as objects of lust. If all the films were like that then that will begin to affect society."

Therefore in conclusion, if one film shows infidelity, then it doesn’t mean that everyone will start indulging in infidelity as well. But, if a lot of films start showing the same theme or topic, then chances are that viewers and cinemagoers will eventually adopt such attitudes.

One filmmaker thinks that some films coming out in Pakistan are highly chauvinistic and damaging to society, especially to women. Jamshed Mahmood Raza, popularly known as Jami, is an LSA winning film director who has two big award winning films to his credit – 021 and Moor. According to him, most people in the industry call him paranoid because he looks too deeply into everything. "They say it’s just a joke yaar, why are you taking the film so seriously," quotes Jami. But what’s the joke? "A woman gets slapped – ha ha, that’s a joke. Somebody pulls a chair and a woman falls down; these are the kinds of jokes in our films. I think that Teri Meri Love Story, and JPNA are highly chauvinistic films." But some women seemed to have enjoyed JPNA. Does this mean that women aren’t even aware of what they’re seeing on screen? "Yes, I agree. Women don’t even realize what is being done to them. Also, what makes it so difficult to fight this is the fact that all this is so borderline that people will say, ‘oh it’s just a joke, calm down. You’re being oversensitive’."

Jami uses his experience with films, as well as commercials, to further reiterate that films are the biggest avenue to influence mindsets. "When we shoot a commercial, we are creating a demand for something. People see it; they want to go buy that product. Why is it any different when you see films?" He also went on to talk about the effect films have on children and young adults, using the Star War series as a reference. "Where does that sound ‘dishoom dishoom’ come from?" When children watch action movies, for the next week you’ll see them active and charged up, doing imaginary fights, just like the super heroes they have seen on TV.

However, one could also argue that there is a difference between the way children intercept information compared to adults. Perhaps once a person has evolved into a fully functioning member of the society, the effect of any visual medium, whether it is film or paintings, diminishes gradually. Thus age limits and censorship laws.

The discussion goes down a long, winding road, with different thoughts and opinions but finally, a conversation with Dr. Framji Minwalla helps to put things in perspective. Being the Program Director for Communication and Design at Habib University, Dr. Framji has a lot of experience with film, drama and its critique. He has also done an M.Fa and D.Fa in Dramaturgy and Drama Criticism from the prestigious Yale University.

"It depends on the filmmaker and the kind of film that has been made," explains Dr. Framji. According to him, "A film is not necessarily a superior medium for influencing impressionable minds as it depends on many factors, such as the cultural context of the way the film has been screened, the way the narrative has been structured, amongst others."

But what about messages that films leave in their narrative? "Films represent, in complex ways, aspects of human relationships, our social situations, our psychological situations, the world we live in, and a good film will leave it up to the audience members to make sense of those representations without necessarily imparting a message at all."

Dr. Framji feels that films, or any other mediums of art, are not supposed to be filled with messages. He adds that anything that does indeed impart a message towards the end isn’t art at all; it’s simply didactic.

Clearly, our filmmakers disagree on the degree of responsibility they carry on their shoulders, with some claiming that films need to be careful while others feel that a film is meant simply to entertain. Perhaps films are not the knowledge imparting vessels one assumes them to be, even if society does subconsciously pick up hints every now and then. Also, it becomes clear that there needs to be a healthy balance of films that teach and films that simply entertain. And when every now and then a film comes along which requires careful scrutiny, then we will do our job as journalists and have a healthy conversation around it.

The influence of cinema