Once upon a week

Olomopolo Media organised its own version of the internationally observed ‘Banned Books Week,’ with people reading from books that were ever banned anywhere in the world 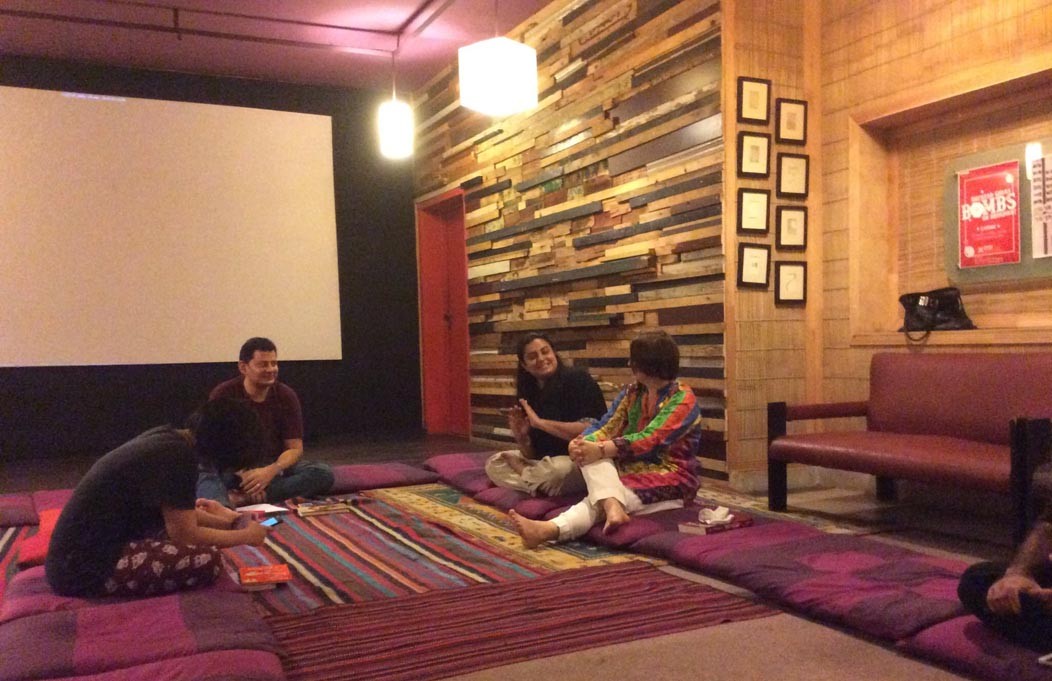 September 25 through October 1 was internationally celebrated as the ‘Banned Books Week 2016,’ in recognition of the freedom and right to read. It’s an annual event, started by the American Library Association in 1982, in which a list of "top 10 most challenged books" is released each year. The titles are "based on the frequency a book has been challenged or removed from libraries or schools in the US." For the book lovers in Lahore, Olomopolo Media organised its own version.

At Olo, it was about people reading from books that had ever been banned anywhere in the world.

Walking through the gate of the event venue in Garden Town, I could feel the mood of the evening in the air, with the subtle orange lighting dominating the passages. I was amicably asked to make myself comfortable.

After I settled down in a corner where I could both observe the mild hum of the nightfall and nonchalantly eavesdrop on the sounds from the outside which were essentially composed of young children’s excited shrills and the arriving guests’ hearty chats, I felt contented.

Soon all of us were led into a softly lit room. There were cushions neatly aligned on the wooden floor. This sort of informal arrangement only added to the place’s ambience, and so did the wood panelled walls that added a homely feel to it.

I was surprised to find children no older than 10 years, seated amongst the elders. There weren’t many people in attendance anyway. The ones who came in had brought with them their books.

The evening started with a brief introduction and necessary background discussion on the Banned Books Week 2016. The initiator Reza succinctly explained the where, when, and why of it. I personally found their adaptation of the American initiative quite interesting, in terms of it being interactive. As a reading enthusiast said on the occasion, "It’s a way of celebrating works which once shocked the world."

The first reader of the night Talha Naeem, 6, read from Dr Seuss’s popular child fiction series, titled Green Eggs and Ham. It was revealed that the book was once banned in China.

20th century British novelist George Orwell’s most famous work 1984 was once banned for its criticism of ‘English socialism.’ For the evening, a reading of the chapter ‘Nostalgia’ was chosen.

Next I got to know that Harry Potter and the Goblet of Fire which has not only been a best-seller but an equally successful film adaptation was once thought to create negative impact thanks to its elements of witchcraft.

Soon the focus was shifted to more serious matters pertaining to ban on writings. Reza reading out from Khawaja Ahmed Abbas’s Meri Maut kept the audience engrossed what with its satirical tone and a blissfully simple narrative of the socio-political and religious biases in a colonised setting. The readers listened intently till the very end of the story, especially because it was very relatable and relevant to the patterns we see in our postcolonial societies today.

It requires no rocket science to understand that books with strong social and political themes have always been hated by the so-called custodians of established norms. 20th century British novelist George Orwell’s most famous work 1984 was once banned for its criticism of ‘English socialism.’ For the evening, a reading of the chapter ‘Nostalgia’ was chosen. It explores a world full of disillusionment through a dream sequence which raised the basic question of breaking free from shackles of repression.

Verses by the Syrian poet Adunis made all present at the event ponder on the ever increasing violence in the world, which is causing us depression and despair. Published recently, the poem showcases the effects of incessant warfare. It also depicts how war deforms and disables humanity. The throbbing pain was palpable in every word of it.

Once upon a week