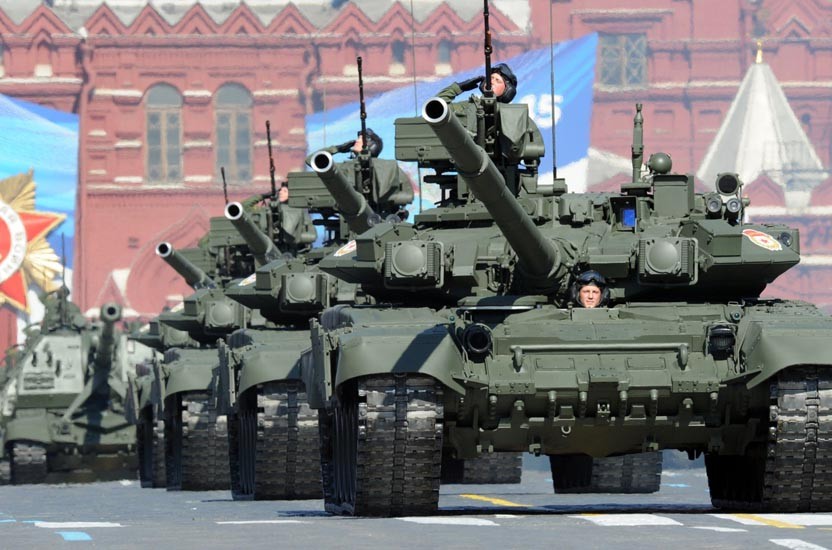 After experiencing decades of bleak ties, Pakistan-Russia relations have finally begun an upward course. Economic, political and even defence ties are growing between the two countries that were on opposing camps during the Cold War.

Pakistan’s relations with the USSR undoubtedly witnessed a legacy of chequered association for more than four decades. The USSR perceived Pakistan as a strategic partner of the US-led western bloc, while Pakistan felt threatened due to USSR close relations with India.

Against the backdrop of its intervention in Afghanistan in 1978, Pakistan felt that it has been plunged into a chaotic situation on its western frontier. Russian intention to protect the Afghan communist government dealt a serious blow to Pak-Soviet relations. Fearful of further Soviet advancement, Pakistan felt extremely vulnerable and perceived it as a challenge to its survival. Presence of Soviet forces on its western volatile and porous border was considered a direct threat to its security.

The collapse of Soviet Union provided an opportunity for a new beginning in the Pak-Russia relations, which was taken up by both sides. High-level bilateral contacts took place between Pakistan and the Russian Federation. However, the 9/11 attacks again quickly transformed the geo-political situation of the region. Despite all the eventful incidents, both Russia and Pakistan showed desire to increase and enhance bilateral relationship. High-level visits took place between the two sides. The current rapprochement, however, has taken many by surprise, as it might impinge upon Moscow and New Delhi’s cooperation in the long-term. Still, good omen is that Russia and Pakistan are quite willing to proceed which indicates the desire on both sides to bury the hatchet and begin a multi-dimensional and close cooperation.

Pakistan’s relations with the Russian Federation witnessed an unprecedented surge in 2014 when the Kremlin removed its arms embargo against Islamabad. It was historically a significant move of Vladimir Putin with long-term implications. It cleared the way for Islamabad to purchase the Russian-made sophisticated weapons and to increase military ties between the two countries.

On its part, Russian leadership agreed to welcome Pakistan in joining the Shanghai Cooperation Organisation. It was followed by the announcement of Russian Army Commander-in-Chief Oleg Salyukov of the first-ever joint military exercises with Pakistan. Khawaja Asif, Defence Minister of Pakistan, visited Moscow to further discuss ways and means of mutual cooperation. Accordingly, a contingent of the Russian forces has recently arrived to conduct joint military exercises with Pakistan.

Speculations about the postponement of military exercises surfaced in the Indian media after the Uri attack which killed 18 Indian soldiers. However, a quick statement issued by Pakistan makes it clear that the joint exercises will be held according to the schedule. These exercises would last for two weeks which would enhance the fighting capabilities and much needed cooperation between the two regional countries. It was a pre-planned initiative but in the current political scenario of the region when tension is rising between India and Pakistan over the Uri attack, its significance has grown manifold.

A Pakistan Army spokesman said the two-week long drill is scheduled to conclude on October 10. The exercises, called "Friendship 2016," will involve around 200 military personnel, mostly commandos and SSGs of both the countries and are taking place in Cherat.

Apart from "Friendship 2016" exercises, both Russia and Pakistan felt the need for close military and political ties. It was in August last year that Pakistan and Russia inked an agreement through which Pakistan will get four MI-35 helicopters. In June 2015, General Raheel Sharif visited Russia where he participated in defence exhibition and a number of agreements were finalised during his visit.

In the current scenario, when China, a close ally of both the countries, is spending billions of dollars in the CPEC project, Pakistan offers a unique opportunity for regional players to explore new avenues of cooperation and coordination. Russia would not only benefit from these long-term investments in Pakistan but it will also bring both the countries closer to each other.

Pakistan and Russia also plead for promotion of peace and stability in Afghanistan and other Central Asian states. Both seek tranquillity and peace in the region and end to the conflict in Afghanistan. It is a unique opportunity for the leadership to utilise the balanced approaches to invest in other sectors like education, health and social welfare as Russians have a great deal of experience in it.

Pakistan, due to its strategic location, is one of the important regional players and in the current strategic shift it should be more forceful for progress and regional development. There are a number of common interests between Pakistan and Russia that need to be explored and sustained through mutual cooperation. It is time to create a permanent bond and to put things in order for establishing friendly ties in the future.

Both countries are aware of the importance of mega projects that are in the process of completion in the region and around. It is believed that transnational mega projects including the CPEC and the Central Asia Regional Economic Cooperation are game changers. Timely positive responses and technical collaboration will further boost mutual relationship. Partnership in mega projects and developmental initiatives would transform regional integration.

Analysts are of the view that Russia and Pakistan must get closer for Pan-Eurasian integration, in the revival of the Silk Route, tackling the issue of militancy as well as the Eurasian Union integration. There exist strong cultural bonds between the two countries.

Linkages between universities and research organisation should be established and new avenues of association should be explored. Based on their keenness for close and cooperative relations, the two countries are moving towards stronger bond. Russia is in the process of evolving a more even handed approach towards the major countries in South Asia and Pakistan believes that Russia could act as a mediator for the establishment of a congenial atmosphere in South Asia. A Pakistani member of Parliament termed the new shift as a new great-game.

Many observers are of the view that Russia will not become a major Pakistani partner any time soon, and will remain closely connected to India. Still, Kremlin’s move delivers a strong message which is certainly a paradigm shift. In effect, both countries acknowledge their security concerns but also work hard so that their partnership continues to grow. Amid this paradigm shift, no major obstacle can slow down the upward move in the relationship of both countries. However, joint shock-absorber mechanism need to be evolved for smooth manageability of disturbing events. Both Moscow and Islamabad must be mindful of certain elements in the region who would try to slow down the pace of growth. As opportunity knocks at the door, Pakistan and Russia have the opportunity to translate their engagements into tangible positive outcomes not only for both countries but for the region as well.