Doing politics as politics should be done, speaking to power, representing people’s aspirations -- Farhatullah Babar is arguably the most important legislator in the country 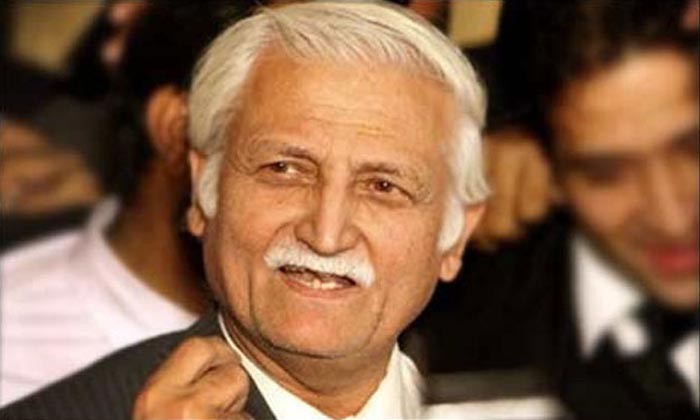 Politics is hard in Pakistan. Those dedicating their lives to it and who manage to reach the apex as elected leaders often have to pay the direst of price for it. They are often vilified, demonised, hounded and jailed, sometimes exiled and even murdered. Ask Zulfikar Ali Bhutto, Benazir Bhutto, Nawaz Sharif, Asif Zardari, Akbar Bugti, etc., to name a few party leaders. They publicly fight Pakistan’s public fights to keep the dream of national, pluralistic participation and self-rule from being snuffed out.

These are the politicians that keep politics alive in a country where manipulated opinions and perceptions for ulterior intent are shaped by non-representative forces -- the same quarters that end up devouring Pakistan’s finest.

Then there are the ones that don’t necessarily set the pulses of the public racing but without whom the ancient but noble fight for representational politics would be doomed despite the heroics of the people’s leaders. These are the ones who do the technical grunt work, keeping the machinery of procedural democracy -- the committee work and languorous legislative agendas -- oiled enough to lend functionality to parliamentary politics. These are generally the publicly unwept, unsung heroes of democracy without whom even public political leaders would flounder.

Even within this crucial category of political technocrats, there is a tiny minority that commands respect across the aisles of Pakistan’s fractious and raucous polity. Every party virtually owns them as one of their own. This is the closest that comes to a universal admission of their hero status within the political elite -- no mean feat considering every politician by nature wants the near-total annihilation of their rivals.

Such is the quietly dignified Farhatullah Babar. He once said of arguably the country’s foremost intellectual and much beloved I.A. Rehman sahib: "He is about the only person in Pakistan who can say the most controversial of things while remaining uncontroversial -- for he has always spoken with sincerity and without any greed". One can imagine Rehman unflinchingly saying the same thing about Babar.

For Babar has been one of the hardest working legislators this country has ever known, an intellectual champion of public interest on the floor of the House, an ardent campaigner of human rights in stuffy committee rooms, a nit-picking advocate of principled legislation. He speaks the softest but is heard the loudest. His measured tone, his diction self-edited to perfection, his political logic rooted in universal principles and his unwavering focus on reformative politics makes him not only one of the most popular legislators amongst his peers but arguably the most distinguished legislator in parliament.

It is easy to be envious of Babar’s political pedigree. His import comes from his proximity to unfolding history. He has served in some of Pakistan’s most turbulent times -- mostly forever on the cusp of saving democracy from the jaws of Establishment’s machinations or succumbing to them in tragic sacrifice.

The causes that Babar has repeatedly espoused on the floor of the House, in newspaper columns, in civil society functions and talkshow debates constitute the very charter of Pakistan’s flawed statehood. An assortment of all that ails the country.

Whether it was serving with Benazir Bhutto in the Prime Minister’s Office or with Asif Zardari in the President House, Babar has been privy to all the diabolic pressures that come with being rival-in-chief of the Establishment when in power as the head of government or state. As spokesman of these leaders, he also had the unenvious -- and onerous -- responsibility of fighting their fight with gentle but firm public narratives to disavow malicious conjecture and therefore correcting the much distorted public political record in Pakistan.

Even outside of these state official duties, Babar had the personal confidence of Bhutto and Zardari to fend off spiteful planted rumours aimed at caricaturising them such as alleged separation between the ex-first couple, or Zardari’s educational degree and other assorted conjecture -- all because his word carries weight.

Babar does not come with the usual politician’s thick skin that nature provides to carry on, despite being a politician himself. Or with a journalist’s trademark sneering cynicism despite a past stint as a media practitioner himself. Or even with the citizens’ chronic pessimism who steadily inch closer to the graveyard of their withered hopes. Instead, he goes about his politically-rewardless task with an engineer’s perfection -- maybe because he is by formal qualification a chemical engineer with enough practice and competency to go on to serve as the president of Pakistan Engineering Council and even a stint with the Pakistan Atomic Energy Commission before he embraced politics.

The causes that Babar has repeatedly espoused on the floor of the House, in newspaper columns, in civil society functions and talkshow debates constitute the very charter of Pakistan’s flawed statehood. An assortment of all that ails the country. Whether it is the issue of reigning in the security establishment, especially the unbridled intelligence agencies, for greater transparency and accountability, amending the blasphemy and allied laws to divorce them of their pre-determined guilt of the accused, restoring constitutional faith in the minority religions to be vested in equal humanity, urging disbanding of the Council of Islamic Ideology for its absurd and outdated place in the polity and instead allocating all its budget and resources to the National Commission on the Status of Women, urging the state to officially recognise its globally adulated citizens like Abdus Salam and Malala Yousafzai instead of pretending they don’t exist, undertaking the next stage of devolution from the provinces to the districts, a federal right to information law would bring the powers-that-be in the citizen’s reach, greater detailing of the defense budget and its disproportionate justification, an enhanced role for the Senate in policymaking, calling out the Rangers for using allegedly fake research on human rights violations as justification for an exaggerated self-appointed role in Karachi to what amounts to a political profile for itself -- you name it, he has fearlessly embraced these issues.

Babar has not just forcefully championed these causes, he has put his money where his mouth is by bringing in private bills, tabling resolutions or raising these issues on the floor of the house on these subjects. This is more than most hard-nosed politicians in Pakistan have been able to do in their careers put together.

And this, essentially, is why Babar is arguably the most important legislator in the country. Doing politics as politics should be done. Speaking to power. Representing people’s aspirations. Even breaking party line to do so where it needs done. Working in the real national interest -- not as defined by unrepresentative forces but as it reflects all that is wrong with Pakistan today and all that should be righted. Babar is Pakistan’s voice of conscience. We should not just pay heed to it, we should protect and strengthen it.