The many lawmen in Balochistan

The division of powers and responsibilities between the Police and Levies in Balochistan is a perfect hotchpotch, and governance its main victim 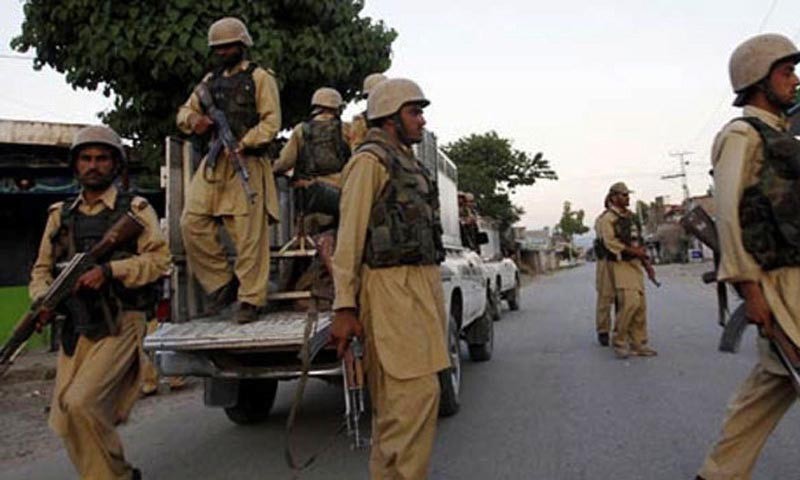 Unlike other provinces of the country, Balochistan is currently being ruled under two systems of administration -- ‘A’ and ‘B’ areas. Police function in urban centres/towns, which constitutes 7 to 10 per cent of the total area, called ‘A’ area; and Levies act in rural areas, where 90 to 93 per cent of the province’s population lives, known as ‘B’ area.

Frontier Corps Balochistan, a paramilitary force, actually controls the province. FC was given police powers on October 2013 by the provincial government in the wake of the ongoing insurgency and deteriorating law and order situation. It was mainly deployed in the urban centres, including Quetta and main highways.

However, after the Sandeman Hospital carnage on August 8, 2016, all the main government buildings in the provincial capital have been handed over to FC. A number of bunkers have been established.

A number of personnel from FC/army are being used regularly for targeted operations against activists of proscribed organisations. The government of Balochistan spends Rs20 to 30 million per month on FC and much more than that on the military operation.

General Pervez Musharraf ordered to disband the Levies as he believed that it was a force controlled by the tribal chieftains, particularly Marris, Bugtis and Mengals (considered the rough Sardars as compared to rest of the 72 Islamabad-loyal chieftains). The process of disbanding the Levies and its absorption into the police started in December 2003 at the total cost of Rs5.5 billion. The process that converted some of the ‘B’ areas into ‘A’ areas, took four long years to complete - mainly because the nationalist parties strongly resisted this conversion.

However, the PPP government restored the Levies after the Balochistan Assembly adopted a unanimous resolution in April 2010. The civil bureaucracy headed by the then District Management Group which had become toothless after police reforms of 2002 and the district government system introduced by Musharraf, played a vital role in reverting the Levies-converted areas (police) into ‘B’ areas.

"The bureaucracy, particularly in Balochistan, does not want to see the police as an independent force. They wish to hold them under their thumb. So, in connivance with the then political leadership, within no time, they restored the outdated Levies in 2010," remarks a senior police officer who spoke on condition of anonymity.

All the main government buildings in Quetta have been handed over to FC. A number of bunkers have been established… The government of Balochistan spends Rs20 to 30 million per month on FC and far more than that on the military operation.

"How can the police, that has only 5-7 per cent area in the province under its jurisdiction, be effective? Most of the tribal elders/notables who wield political power want to see the police play a second fiddle to them as the Levies force does," says another police officer.

Contrary to Musharraf’s notion, in fact, it is not the Levies that has empowered the tribal chieftains, but the sardars loyal to Islamabad that have influence over district administration.

Sir Robert Groves Sandeman, the then Deputy Commissioner, Dera Ghazi Khan district, who is also known for his ‘Sandemanisation policy’ of buying the loyalties of tribal sardars to expand the British influence, started taking a small number of Marri and Bugti horsemen, living along the Punjab-Balochistan border, into the government service in 1867. Later, with his arrival in Balochistan and after declaring the province as an agency, between 1877 to 1880, the system was expanded by offering allowances to tribal chiefs.

Under the 2010 Levies Force Act, the Levies, besides normal policing, act to prevent crime and combat terrorism in the ‘B’ area. The force have their own investigative wing and the officers can produce suspects before the court after interrogating/investigating them and detecting the cases under CrPC. They are empowered under the law to enter into the ‘A’ area to arrest offenders.

Deputy commissioners are administrative heads in districts. The Levies is run through Home and Tribal Affairs Department. Currently, there are two Levies forces -- provincial and federal. The Levies raised by Robert Sandeman in the tribal areas (16 out of total 32 districts) were converted into Federal Levies. The total strength of the Federal Levies is 3,558 and their salaries and funds are provided by the federal government. The sanctioned strength of the Provincial Levies is over 13,000 with around 150 Levies thanas. The Levies personnel belong to local tribes, so they cannot do service outside their districts of residence.

"The law does not bar the Police or Levies to act in ‘A’ or ‘B’ areas, as both do their job smoothly -- fighting against terrorism and normal crimes," says Akbar Hussain Durrani, former Home Secretary.

The PPP-led provincial coalition government in 2010 introduced executive magistracy system in Balochistan after bringing amendments in 1898 Criminal Procedure Code by entrusting it with judicial powers to conduct trial and impose punishment for addressing governance issues. But before it was enforced in the province, the Balochistan High Court declared it null and void. In 2011, the government of Balochistan appealed in the Supreme Court of Pakistan and the case is still pending.

In the absence of executive magistrates, the government is unable to control prices of essential items, traffic, violation of building codes, maintaining law and order and more in the provincial capital.

"Policing mechanism involving Police, FC and Levies is compatible with the fundamentals of the rule of law. These forces are working together against crimes and terrorism. All laws which apply in other parts of Pakistan, except Fata, are enforced in Balochistan," says DIG Quetta Abdur Razzak Cheema.

Both the Police and Levies were supposed to check normal crime, but are now being trained to counter terrorism through specialised training by army besides being provided modern equipment and weapons.

The many lawmen in Balochistan