‘Safe’ Basant? Why not

Some recommendations on how to relaunch a festival that defines Lahore 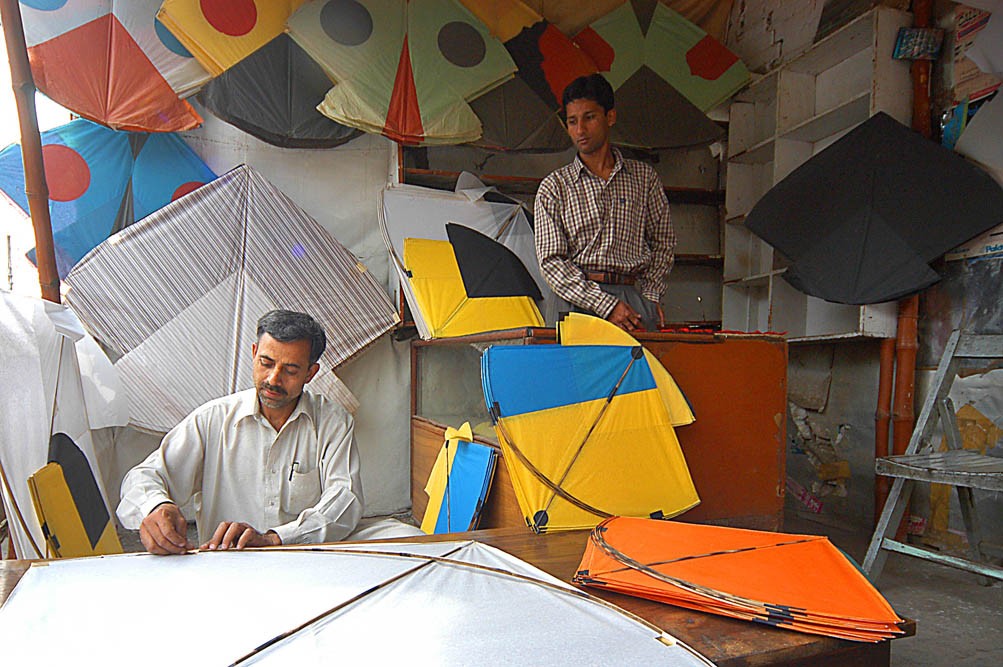 Later last month, Punjab Chief Minister Shahbaz Sharif sent a pleasant signal to Lahorites by forming a committee on Basant that included politicians, city administrators and president of the Kite Flying Association. Its task was to discuss the possibility of organising a "safe Basant festival." As a citizen of Lahore, I take the opportunity to discuss the importance of Basant and make some recommendations to the committee.

Firstly, it is important to note that Basant had become controversial decades before it was actually banned. Although different right-wing factions had always bashed it as a ‘Hindu’ festival, their voice became stronger in the 1980s when they had a free rein over the educational institutions.

A friend narrates a story from his days at Central Model School when, under the control of Jamaat-e-Islami, his class teacher would specifically ask the students if they flew kites. If they said they did, they would be punished.

Basant hadn’t been banned back then, but it had sowed the proverbial seeds of a generation taking no pride in a festive sport native to the land.

Interestingly, with commercialisation and corporate sponsorships coming in, the festival only grew in magnitude as well as popularity. It attracted new entrepreneurs in the trade of string-making who were primarily concerned with quick bucks.

With time, the size of the kite grew and so did the strength of the string, eventually leading to what came to be called the ‘killer dor.’ There were incidents in which the string slit the throats of motorcyclists on the road. Still, the state wasn’t moved. No appropriate measures were taken to regulate the festival which wholly belonged to the informal sector.

As casualties piled up, the lovers of Basant and those whose livelihood depended on it could no longer take the combined anti-Basant rhetoric: the loss of life because of a cultural festival which isn’t ours.

That Basant provided employment opportunities to hundreds of thousands, including the makers of kite and string, home-based women kite makers, glue makers, salesmen, and the food and travel industry seemed to not matter to the state.

With commercialisation and corporate sponsorships coming in, the festival only grew in magnitude. It attracted new entrepreneurs in the trade of string-making who were primarily concerned with quick bucks.

The government wasn’t pushed even though Basant pumped billions into the city’s economy, brought together friends and families of all cultures and religions in a festive environment. Perhaps, the state institutions had given in to their incompetence in regulating the festival, or the decision-makers had ‘internalised’ the narrative of ‘Basant haram aye’.

As part of the Awami Art Collective, working on an installation commemorating Basant in the Walled City, I had a chance to conduct interviews of master makers of string and kites and also police cops. My takeaway from the interviews was that regulating the festival to have a ‘safe’ Basant isn’t impossible; it only requires some serious measures.

For one thing, the thickness of the string and the usage of chemicals must be monitored strictly, as the traditional string has been used for decades without causing harm to anyone.

Secondly, the size of kite must be delimited in order to ensure that the need for thicker string does not even arise. According to experts, a gudda (kite) should be no larger than 1.5 (daidh) taava; and a patang no larger than 60 (saath) chogeethay.

Based on the above discussion, it is clear that the real question that needs to be asked in conjunction with ‘safe Basant’ is whether there is enough political will that binds the civil bureaucracy to do the needful. In other words, is the state willing to take the responsibility of conducting a safe Basant instead of blaming it on the citizens’ lack of caution?

Foolproof regulation would entail devising a modus operandi. It is important that the government analyses the material used in making string and kites, and thereby ensure quality in the best possible way.

Also, the Kite Flying Association can drastically help to decrease the cost of regulation through self-discipline. It is, therefore, suggested that the government facilitates the association as a means for regulation and also conduct a citizen awareness programme through the media.

Basant defines Lahore, and has long been the face of city’s culture, especially on the international arena. It is ironic that the Lahorites should have to go to places away from homeland -- as far off as Canada and Dubai -- to play the sport. Government’s apathy towards the festival is an indication of the extent to which it is alienated from the land, and its failure in comprehending that the people who identify with their roots, culture, and festivals make up a society that is both healthy and free from fear.

‘Safe’ Basant? Why not