Tribute to an enlightened man 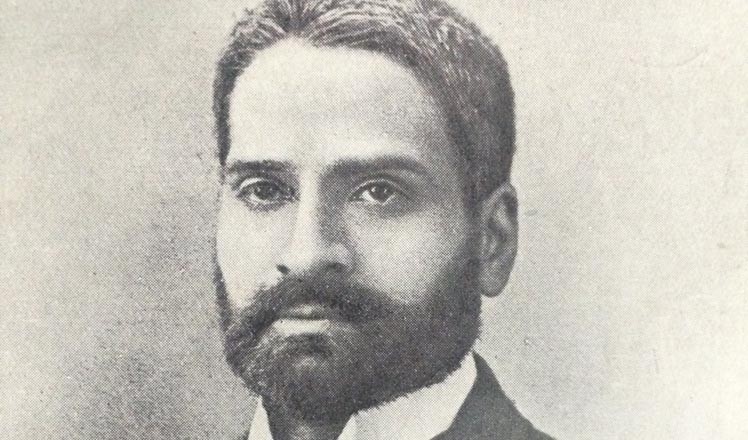 Mian Muhammad Shah Din was born in Lahore on April 2, 1868. He came from a family having a historic background, residing near the Shalimar Garden of which they were the hereditary custodians since the days of the great Mughal Emperor Shahjahan until recently.

In 1883, Mian Shah Din passed matriculation examination from Rang Mahal Mission High School, Lahore, and stood first in English in the province. On this, he was offered the post of translator in the government. In those days, it was considered a position of significance. However, he refused to accept the job and instead joined Government College, Lahore as he was very keen to continue his studies.

Call it a strange coincidence that later in his life he had the pleasure of seeing his daughter, Asghari Khanum, win a similar distinction in English in matriculation examination in the province.

He graduated from Government College, Lahore in 1877 and stood second in the University. Long afterwards, when Mian Shah Din died, a contributor wrote in a local newspaper that once when the young man was in the third year, he wrote essays in English on some educational topics so beautifully that his Professor spoke of it in these glowing words:

"I thought I was reading Lord Macaulay."

In August, 1877, Mian Shah Din went to England to study law as a member of the Middle Temple Inn. He showed as much aptitude for this new field of studies as he had done for literature, and won three lecture prizes awarded by the Council of Legal Education in Roman Law and Jurisprudence, International Law and Constitutional History. He also gained the Campbell Forster prize and scholarship from his own Inn. Mian Shah Din also wrote articles for newspapers and periodicals in England.

He returned to Lahore in September 1890 and delivered an interesting lecture at a well-attended meeting in the Town Hall on October 25, 1890 on "A Few Ideas about England".  In the beginning of 1891, Mian Shah Din was enrolled as an advocate of the Punjab Chief Court (January 16, 1891), after which he initiated his practice in Lahore. He started by laying the foundation of the YMMA (Young Men’s Muslim Association), of which he was elected President which enabled him to establish for himself the position of a guide, philosopher and friend to the Muslim young men who might seek his help or advice.

Mian Shah Din will always be remembered for his great moral courage, intellectual ability, his consistent effort for the educational progress of the Muslims of India and Punjab and his consequent work for the formation of the Muslim League.

He was elected a Trustee of the Aligarh College in 1896 and his intimate relations with Sir Syed Ahmad Khan were maintained until the great leader’s death in 1898. He supported the Aligarh Movement heartily till the end.

In December 1913, Mian Shah Din presided over the 27th session of the Muhammadan Educational Conference held in Agra for the second time. He also took an active interest in the betterment of Punjab educational institutions. His connection with and work in the Punjab University lasted for a quarter of a century, from 1893 until 1918, the year of his death. Shah Din’s interest in education led him to examine critically the activities of the Anjuman-i-Himayat-i-Islam, Lahore.

He had a leading role in the political organisation of the Muslim community in 1906. When Nawab Mohsin-ul-Mulk organised All India Muhammadan Deputation with His Holiness the Aga Khan, grandfather of Prince Karim as its head, to represent and advocate the cause of the Muslim community regarding their adequate representation in the legislature and public services, Mian Shah Din was one of its prominent members and held discussions about the Indian political situation and the steps to be taken by the Muslims to secure a proper place for them in the Indian polity.

The deputation called on Lord Minto at Simla on October 1, 1906, and the recognition of Muslim claims in the Minto Morley Reforms Schemes was the direct result of its struggle. The first fruit of this political effort was the recognition of the Muslim legal talent in the appointment of Mian Shah Din as a Judge of the Punjab Chief Court. At the time of his appointment, he was the only Muslim Judge in the High Courts or the chief courts in India.

The idea of launching All-India Muslim League grew during various meetings which took place on the occasion in 1906 and its final constitution was debated and adopted in a meeting held in March 1908, at Aligarh under the presidentship of Mian Shah Din. He was elected the first president of All-India Muslim League Punjab branch on November 30, 1907, a position which he held till his appointment as Judge of the Punjab Chief Court in October, 1908.

He held for sometime the office of the Assistant Legal Remembrance of the Punjab Government, a position to which no other Indian had been appointed in the Province before him. The Government of India appointed Mian Shah Din as a permanent Judge in June 1913.

About four years later when the post of the officiating Chief Justice fell vacant to appoint an Indian to it, there was a demand by all sections of the public and the Press that Mian Shah Din, who was next in order of seniority, should be called upon to fill that high post. This he did with great distinction from February 23, 1917 to August 5, 1917. Less than a week before he died on July 2, 1918, he asked his son, Mian Bashir Ahmad, to read out the daily paper to him. There was an interesting topical news item describing how in the Indian Legislature at Simla, Muhammad Ali Jinnah (the Quaid-i-Azam) had severely criticised Sir Michael O’Dwyer in his face for his high-handed autocratic behaviour and oppression of the people.

On hearing this, Mian Shah Din with a faint smile, remarked that he was glad to find that someone at last had the courage to face and take a stand against the overbearing attitude of an arrogant ruler. At last, when it was too late, he took leave and went to Dharampur for treatment, but it was of no avail. His health deteriorated rapidly and he was brought back to Lahore where he died on July 2, 1918. He was only 50-year old. He was buried in the family graveyard at Baghbanpura, Lahore.

Mian Shah Din will always be remembered for his great moral courage, intellectual ability, his consistent effort for the educational progress of the Muslims of India and Punjab and his consequent work for the formation of the Muslim League. His eloquence as a speaker and his ability as a writer were acknowledged, and his work in the Punjab Chief Court, particularly his judgments on Pre-emption, will be long remembered. Allama Iqbal wrote a poem "Humayun" on Mian Shah Din’s death.

Tribute to an enlightened man