Following a strict crackdown by security agencies, Afghan refugees are finding it hard to stay back in Pakistan. Here they share their stories 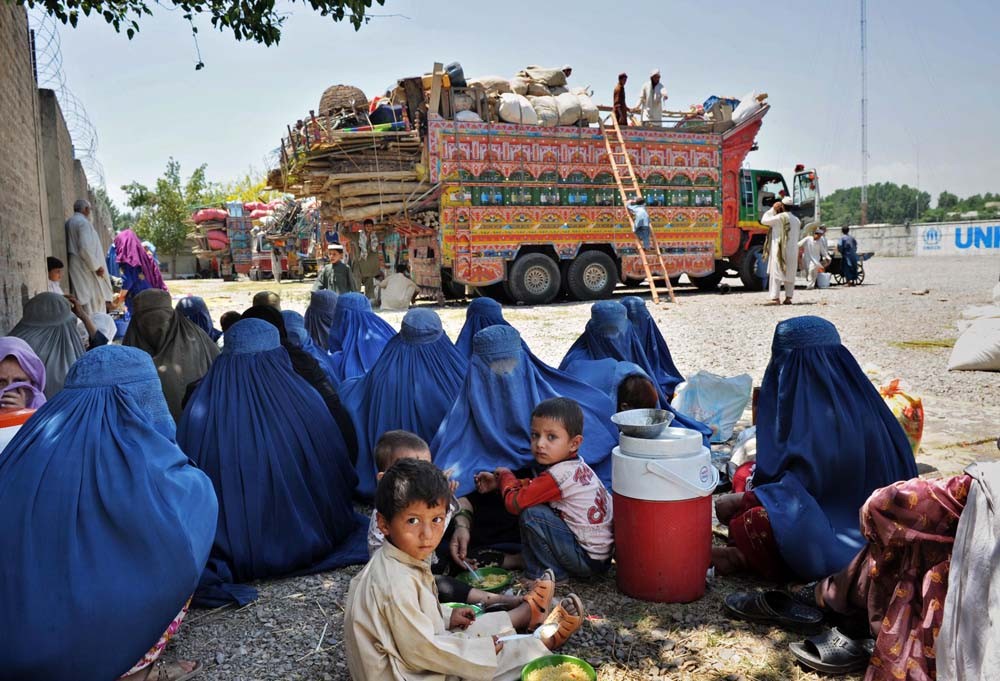 After living for almost 40 years in Pakistan, majority of the Afghan refugees are now seriously planning to leave for their motherland. The Afghan refugees, some with the status of legitimate refugees and others as illegal, are leaving amid fears of insecurity, lack of employment opportunities and insufficient health and education facilities in the war-torn Afghanistan.

Pakistan has recently launched a crackdown against the Afghans living here illegally and deported hundreds of them to Afghanistan. Also, the Pakistan government has, for the first time, adopted a tough stance in dealing with the Afghan refugees. Instead of a two or three years deadline, the government has now given a six-month deadline to the Afghan refugees by sending them a message that the time has come for them to repatriate and contribute in the rehabilitation of their country.

In June 2016, only a day before the expiry of the six-month deadline, Pakistan extended by another six months the deadline for Afghan refugees, urging them to register themselves with the relevant authorities so they don’t face harassment at the hands of Pakistani security agencies.

The Afghan refugees have taken the deadline very seriously this time and started repatriation in huge numbers. The deadline was supposed to expire in December 2016, but the government gave three months extension and allowed the refugees to pack up before March, 2017.

According to UNHCR, Pakistan is still the world’s second largest refugees hosting country as it is hosting about 1.5 million Afghan refugees, while another 1 million unregistered Afghans have been staying in different parts of the country.

These refugees had first arrived in Pakistan in 1979 when the Soviet forces invaded Afghanistan.

According to the UNHCR sources, the number of Afghans voluntarily repatriating has risen during the past few months. As per UNHCR data, 118385 Afghan individuals or 20352 families have returned to Afghanistan this year. Majority of the repatriating Afghan refugees, 94750 individuals or 15969 families, are from Khyber Pakhtunkhwa where the Pakistan Tehreek-i-Insaf government has taken strict security measures against the illegal Afghans.

The KP government spokesman, Mushtaq Ahmad Ghani, says there are only 100,000 registered refugees in Khyber Pakhtunkhwa, while the others are staying illegally. Ghani says the government would not resort to any aggressive drive against the Afghan refugees, advising them to return home as the Pakistan government had hosted them for more than 35 years. "Unregistered Afghans had become a major security issue for us and our law-enforcement agencies."

"The police are raiding our shops and taking us into custody. We show them our refugee cards and other documents but they take us to the police station and force us to spend the night in the lockup. Some are deported and others are freed after they pay bribe to the police."

Unlike common Afghans, the Afghan traders and members of the business community with established businesses in Pakistan are finding it difficult to wind up their businesses and leave.

Comandan Khan, a 32-year-old carpet trader, was born in 1984 in Peshawar, the capital of Khyber Pakhtunkhwa. His family originally came from Logar in Afghanistan. He went to a local school and studied there up to 10th grade. His father ‎was initially associated with the business of bringing electronic goods such refrigerators and TV sets from Heart in Afghanistan to Pakistan through mules and camels via unfrequented routes. Comandan Khan’s father and his uncle, Kamal Khan, later started the carpet business.

"My uncle Kamal Khan was the first person who had started carpet shop in the Afghan Colony of Peshawar city. It was 25 years ago when he started this business and again he was the first one to set up carpet business in the Karkhano Market. And then we joined our elders in this business‎ and invested whatever we earned in life," Comandan Khan says. He says they import carpet from Turkey and some other places and then supply to their customers in Pakistan.

But, he and all other Afghans in this spacious carpet market are worried about their future. "Pakistani authorities want us to wind up our businesses and leave for Afghanistan. We have four months to close our businesses and leave. This is not possible for us to close a business in four months that we established in three decades. And then when our Pakistani customers had heard that Afghans are leaving Pakistan, their attitudes changed. We used to supply carpets and they would pay us later. Our customers owe us Rs200 million. They do not answer our phone calls and disappear when we visit them to collect our dues," Comandan complains.

"My mother is Pakistani and my four brothers and two sisters are born here. I had even obtained Afghan national identity card for my mother as I had never imagined a time would come when Pakistan would send us back. We purchased a piece of land and built our own house," he says. "Now we have realised that Pakistan is no longer willing to host us. And that is why we are planning to return."

Another carpet businessman, Fazle Amin, is a father of two children. He says they were fed up with non-stop raids and crackdown by the Pakistani police on their workplaces and homes. "Therefore, we have decided to return to Afghanistan."

"I was born and raised in Pakistan. I don’t know what I will do in Afghanistan. ‎I will be a refugee in my own country as I have never been there," Amin moans.

He is also afraid of incurring huge financial losses as he had invested millions of rupees in the carpet business. "I have invested all my assets in this business and paid Rs4 million to the owner of my shop as advance payment. I am willing to return but if I am given time to close my business and recover my Rs200 million from my customers," the Afghan businessman says.

A 40-year-old Abdul Ahad Afzal is another leading carpet businessman. He remained part of the Afghan Mujahideen and was an active member of Mahaze Milli Islami, led by Pir Syed Ahmad Gilani, and fought against the Russian forces in Afghanistan.

"After the Soviet forces withdrew from Afghanistan, the Mujahideen indulged in internal fighting and we decided to leave them. I came to Pakistan and started business of smuggling goods from Afghanistan to Pakistan. Then I started legal business in Peshawar in the name of my Pakistani friend. Now we import carpet from Turkey and other countries to Pakistan and I personally pay Rs5 million tax to the Pakistan government in the form of duty tax and income tax," says Afzal.

He says as his business flourished, he hired several people to work with him. However, Afzal complains he and his workers, majority of them Afghan refugees, are now facing many problems as the Pakistan government all of a sudden has asked them to shut their businesses and leave.

"The police are raiding our shops and taking us into custody. We show them our refugee cards and other documents but they take us to the police station and force us to spend the night in the lockup. Some are deported and others are freed after they pay bribe to the police. It has become a very lucrative business for the police now. They come to our shops and home and take us into custody when we come to workplace or return home. Now they don’t feel any shame and ask us whether you want to pay or return to Afghanistan," he complains.

Afzal says getting a Pakistani visa in Afghanistan has become a difficult job these days, saying people who have applied for ‎Pakistani visa months ago are still waiting to be granted a visa.

A third generation of Afghan refugees is growing up in Pakistan who have never seen Afghanistan. Afghans in Pakistan have been calculated to be around 3 million, with 1.6 registered and approximately 1.4 unregistered. Mostly residing in Khyber Pakhtunkhwa and Balochistan, they are spread all over the country, including Punjab and Sindh, with a sizeable presence in Karachi.

At the UNHCR repatriation centre in Chamkani, Peshawar, hundreds of Afghan refugees with dozens of trucks loaded with their households are anxiously waiting for clearance of their documents and grant of $400 by the UNHCR for the repatriating refugees.

A 48-year-old Afghan, Noorullah, says he has been living in Nowshera for the past 30 years and never faced any trouble. But during the past few months, the police and other Pakistani law-enforcement agencies have made their life miserable by conducting raids on their houses and shops.

"I loaded all my household items during the night and came here early in the morning to get clearance and fulfill other requirements. My 70-year-old mother is sick and suffered a stroke recently. When our turn came, a policeman demanded Rs5000 from our driver. He offered one thousand but the policeman refused. Then he asked me to sell my cow to him and I told him I am taking it to Afghanistan to feed my family. The policeman asked the driver to go back and park the truck at the long queue of trucks," he complains.

Experts believe Pakistan needs to make laws with some criteria for giving Pakistani citizenship to some of the refugees. The repatriation of Afghan refugees should be pursued in continuous consultations with UNHCR and the Afghan government.