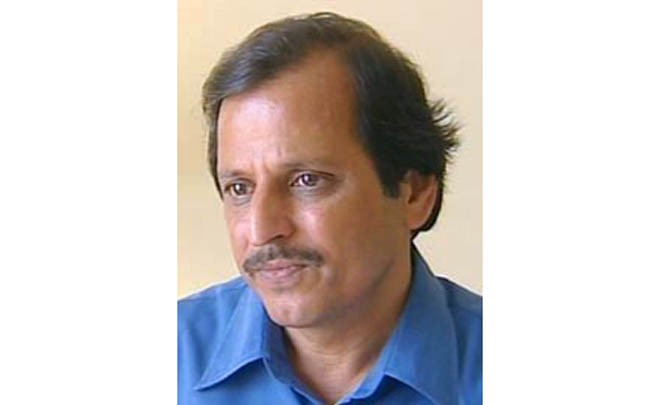 The News on Sunday: How do you see the post August 22, 2016 MQM? Do you think Altaf Hussain’s speech and the events that followed have changed the MQM forever? That the party will never be the same again as we knew it?

Mazhar Abbas: One can expect a political leader to react against the establishment -- civil or military. One can understand the criticism of the government, of the prime minister or chief minister, but, when you raise a slogan like the one Altaf Hussain did, it means waging a separatist movement, which the MQM workers and its followers in Pakistan were neither expecting nor ready to support. Thus, in that very meeting there were only those who responded and that too, perhaps, not out of conviction and some of them later even regretted.

Post-August 22 scenario provides a window of opportunity for the MQM to redefine its politics, and try to shun the politics of cult. MQM Pakistan leaders apparently look quite intact and one of the reasons has been the attitude of Altaf Hussain. His speeches have at times caused serious embarrassment not only to the leadership but to the workers, too. One has to give time to Dr Farooq Sattar and his team. It’s tough to convert the MQM into a democratic party from personality a cult. They now have to look for "manzil" instead of "rehnuma." No other leader in Pakistan, other than Zulfikar Ali Bhutto, got such a massive support as Altaf Hussain. But he himself inflicted an injury to himself. The party is also hurt.

TNS: The so-called minus-one formula was also used in the early 1990s when Azeem Tariq was given charge of the party and Altaf Hussain left the political scene for a few months. How is the crisis today within MQM different from events that forced Hussain to relinquish power back then?

MA: It’s quite different. When former Chairman, late Azeem Ahmad Tariq took the decision he was under custody and whatever he was doing was under ‘duress’. He had differences with Altaf Hussain but he was also not happy the way 1992 operation was turned towards the MQM and that, too, with a political agenda. The agencies tried to use Azeem Tariq and in the process they made him ‘controversial.’ Had he been given a free hand and allowed to operate on his own, he could have posed a serious challenge to Altaf Hussain.

The 1992 operation led to the rise of militancy within the MQM as the agencies allegedly created a rival faction and this led to a long armed conflict that resulted in the killings of at least 3,000 workers of the two factions. The establishment in the 1990s allowed late Jam Sadiq Ali to form the government and some PPP MPAs were forced to change their loyalties.

After the death of Jam Sadiq in 1992 and the army operation, a minus-MQM PPP government was forcibly formed, as MQM had pulled out from the government under protest. Thus, despite the PPP and MQM majority in the Sindh Assembly, Syed Muzaffar Hussain Shah of PML(F) became the Chief Minister as he was "handed over" some MQM MPAs which enabled him to form the government. All those MQM MPAs were forced to join the government.

The MQM was a party formed as a reaction and, therefore, its politics may continue to revolve around the ‘fear factor,’ for its constituencies. Thus, the politics in Sindh, both rural and urban, is not performance-based but based on the fear of each other.

Today’s situation is different as the differences havecome as a result of Altaf Hussain’s own speeches and conduct. For this time, the party has revolted. The leader did "minus" himself from the party.

Read also: "There is now a complete disconnect with Altaf Hussain"

TNS: There are speculations that the MQM leadership in Pakistan has superficially disowned Altaf Hussain to ward off the political crisis. If it is not so and if the MQM has really disowned Altaf Hussain, do you think Dr Farooq Sattar and the Pakistan-based leadership can take the party forward from here? Is there a general consensus or are there chances that the lower level workers may reactif Hussain is forced to retire?

MA: Now it’s a challenge for Dr Farooq Sattar. He has stood all along with the party in difficult times, and has been through hard times during the past operations, whether in 1992, 1995 or in 1998. He also stayed in Pakistan during the ongoing operation. Whether in the post -August 22 scenario he and his colleagues would be able to convince MQM voters why they had distanced themselves from Altaf Hussain, would be their biggest test. One has to wait and see how things reshape in the next six months to one year but as the situation is today, there is no big rift within MQM Pakistan over the position taken by the MQM Pakistan.

MA: The establishment has often remained divided on this question. Even today, one thinking is to impose a ban on the MQM as happened in the case of Altaf Hussain’s speech. However, the other faction believes that the ban could have a negative impact which would politically benefit Altaf Hussain and not MQM’s political wing, which today is being represented by the MQM Pakistan.

If the establishment kept themselves away from politics and concentrated on the clean-up operation and that, too, above party line, things would improve with the passage of time. In the past, the decisions to create a split in the parties and armed rival factions had bounced back and made the MQM stronger. Let political parties resolve their problems politically if they really want to see a lasting peace in Karachi.

TNS: After the MQM officially disowned Altaf Hussain, the Pak Sarzameen Party (PSP) finds itself in a politically awkward position. Do you think the new party will be able to garner any sort of political leverage in Karachi? In short, does PSP have a future in Karachi’s politics?

MA: The PSP comprises of some promising leaders from the middle class. Most of them came from the MQM and know Karachi’s politics. They also have organisational capabilities as well as people who also have a cult. However, they look confused when it comes to party programme and politics. If they want to shun ‘ethnic politics’ and do national politics they still have to have a programme. It would have been better if the PSP had been launched from Lahore, the city which in the past has been used for the launch of parties like the PPP and PML-N. Even Pakistan Tehreek-e-Insaf (PTI) was launched from Lahore.

Had Mustafa Kamal and Anis Qaimkhani launched the party from Lahore and instead of merely attacking Altaf Hussain, would have come out with a national agenda, the PSP would not have faced the criticism of them being launched to counter Altaf Hussain or MQM. However, they still have time to organise themselves but they have to come out from this situation and focus on national issues rather than becoming just another MQM faction.

TNS: Since the launch of the MQM, the party has managed to keep the mohajir vote intact. Will the recent events affect the voter’s preference?

It’s now time for the MQM to make the best use of the situation as they will be facing serious challenges in the coming weeks and months. Mohajirs still expect the MQM to protect their interests.

Politics in Sindh revolves around the rural-urban divide and is ethnic-based. Mohajirs consider the PPP as representatives of rural Sindh. PPP has to prove mohajirs wrong and for this they have to come out with a different strategy.

In 1970 when the first general elections were held, the PPP got eight provincial assembly seats from this very city and two national assembly seats. In 1979, the PPP would have won the mayor elections if two of their councillors had not been kidnapped. In 1979 and 1983 elections, it won deputy mayor seats. Thus, the PPP remains an important party in Sindh. Unfortunately, it has failed in addressing political issues of urban centres, like Karachi and Hyderabad. Had the PPP took the ownership of the city, things would have been different. Jamaat-e-Islami is the other party which could have made the difference. They had won mayor elections three times. JI and JUP were the leading parties of urban Sindh but they too failed.

The MQM was a party formed as a reaction and, therefore, its politics may continue to revolve around the ‘fear factor,’ for its constituencies. Thus, the politics in Sindh, both rural and urban, is not performance-based but based on the fear of each other. This, in fact, is the dilemma of politics in Sindh.