"The publishing scene in Pakistan is pathetic to non-existent" 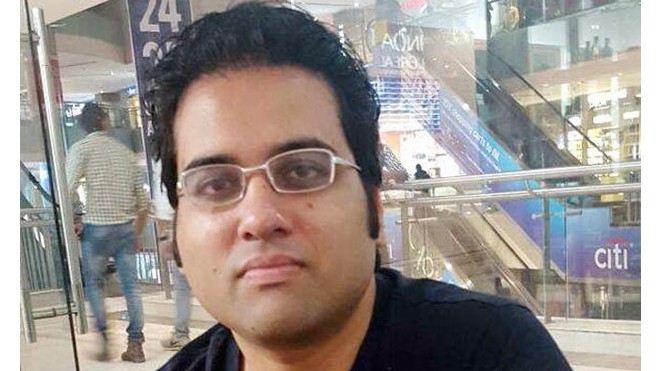 The News on Sunday: You describe yourself as a literary agent who has an "unlikely" career path. Would you tell us more about how and why you broke into the publishing world?

Kanishka Gupta: Unlikely is an understatement. I would go so far as to say that’s it the unlikeliest story in Indian publishing. Publishing is very insular, credential-driven and hierarchical; it takes decades for an entry-level publishing professional to reach some level of seniority, let alone be treated as a spokesperson for the industry. All top publishing professionals in India come armed with stellar degrees and work experience. I do not possess any formal qualifications for publishing, and when I began I had no work experience.

I was introduced to the world of publishing by Shobhaa De. In 2002, she invited me to Mumbai to discuss my now-abandoned novel. She put me in touch with top editors but they didn’t like my manuscript. Shobhaa ma’am kept shielding, counselling and motivating me. She told me "Kanishka, writers wait for more than 10 years before actually giving up". But I guess I wasn’t good enough to be published.

Sometime in 2008, I sent a Facebook message to Mita Kapur of Siyahi, asking if she would consider me for a role in her new literary consultancy. She offered me a freelance position and for a brief period, I read manuscripts for her agency. Kapur put me in touch with Namita Gokhale, a novelist and the proprietor of Platform magazine. I proofread some issues of the magazine. Those seven months with Gokhale changed my life. No MFAs or fancy publishing degrees could have taught me as much about publishing as interning there did. All of a sudden, I was thrust into the close-knit world of authors, editors, literary gatherings, festivals and so on. After interning there for seven months I ventured out on my own. Writer’s Side started with an investment of Rs 7,000.

KG: I have always enjoyed the works of Pakistani writers, so there is tremendous personal interest in books from the region. The story of my first Pakistani writer, Haroon Khalid, is a funny and a serendipitous one. His first book, an account of the festivals of the minorities in Pakistan, was rejected by a reputed publishing house in Pakistan. He emailed his proposal to various Indian publishers, he found my email on the internet and tried his luck with me. I signed him at once. Soon after, I signed his wife Anam Zakaria who is now doing two books with HarperCollins. The noted litterateur Rakhshanda Jalil, who did three books with me including the KLF Peace Prize-winning The Sea Lies Ahead, is largely responsible for my robust Pakistan list.

"While non-fiction will continue to sell, it will become increasingly difficult for fiction writers from South Asia unless they reinvent themselves and step out of their comfort zones."

One has to realise that the publishing scene in Pakistan is pathetic to non-existent. OUP Pakistan is the only reputed publishing house in the country and they work with specific kinds of books. There is no scope for fiction writers, literary and commercial. Pakistani writers have almost no option but to publish in India, or in the UK or the US. Most top Indian publishers have an excellent distribution network in Pakistan and books published here can be made available within a few weeks of publishing. I saw this huge gap and opportunity and today I represent more than 25 Pakistani writers.

TNS: How are Pakistani authors and their works received in India? Is it their fiction or non-fiction that does better in India?

KG: If a Pakistani writer comes with a strong endorsement from the West, the genre does not matter at all. Thus a Mohsin Hamid, Mohammed Hanif, Fatima Bhutto, Daniyal Mueenuddin, or Ali Sethi will always sell regardless of the genre they choose. For all other Pakistani writers the sales pattern is the same as that of their Indian counterparts, with non-fiction by heavyweights and well-known figures outselling fiction. I am Malala was on the bestseller list for months and it did well in regional languages too. Khurshid Mahmud Kasuri’s Neither a Hawk nor a Dove disappeared from the bookshelves after the highly publicised ink-splattering episode. Raza Rumi’s personal and evocative book on Delhi has gone into reprint. Ali Hashmi’s book on his legendary grandfather Faiz has also sold out.

Even young historians Anam Zakaria and Haroon Khalid’s books are in their second edition. On the other hand, an Ali Akbar Natiq, Abdullah Hussain or even an Intizar Husain translation will move slowly (albeit steadily) despite their stature, spate of good reviews and awards.

TNS: Are the themes that Pakistani authors write about similar to those that Indians work on? If not, what are the differences?

KG: There are a lot of commonalities because of the shared history and similar preoccupations. As a result there will always be books on the British Raj, horrors of Partition, conflict, religious intolerance, terrorism, immigration and so forth. Writers from both countries are slowly coming into their own though and documenting their unique realities through their fiction and non-fiction. I have seen a rise in the political novel or a ‘city novel’ where a city like Karachi or Lahore is the major protagonist of the book. One of the authors I work with has also attempted a brave satire about an American-based Pakistani’s tryst with a totalitarian regime in Pakistan in 2050. Harper’s literary imprint Fourth Estate will be publishing the book.

TNS: What is the most interesting publication your firm has worked on, from Pakistan or India?

KG: There is not one but several. I was happy to represent Ayesha Tariq Bhatti’s debut YA graphic novel Sara: The Suppressed Anger of the Pakistani Obedient Daughter. I think it is only the second graphic novel from Pakistan to be published here. S.S. Mausoof’s stylish noir The Warehouse is about an embattled insurance investigator who gets caught in the crossfire of the Taliban, corrupt Pakistani officials and the Allied forces in the deadly terrain of Waziristan. The most interesting forthcoming titles include the translation of the tragic Pakistani poet Sara Shagufta’s poems by 22-year old Asad Alvi, a book on Aga Shahid Ali by journalist Sadia Khatri, a translation of one of Urdu literature’s most controversial voices by Reema Abbasi, a highly gripping political thriller by Sabyn Javeri and several others. I am also very excited about my friend and confidante Sheela Reddy’s book on Jinnah’s marriage. It’s going to be one of the biggest non-fiction books of 2016.

TNS: What are your predictions about the future of fiction and non-fiction work coming out from South Asia?

KG: While non-fiction will continue to sell, it will become increasingly difficult for fiction writers from South Asia unless they reinvent themselves, innovate and step out of their comfort zones. For instance I would love to represent a fantasy, horror, mythology, or an LGBT book from Pakistan. I would also like to represent some original children’s and YA books from Pakistan. I have just signed up stand-up comedian Shehzad Ghias for a parody novel set in Pakistan. Books and themes have to change and adapt with the changing times -- something I haven’t seen as much as I would like to in subcontinental writing.

"The publishing scene in Pakistan is pathetic to non-existent"