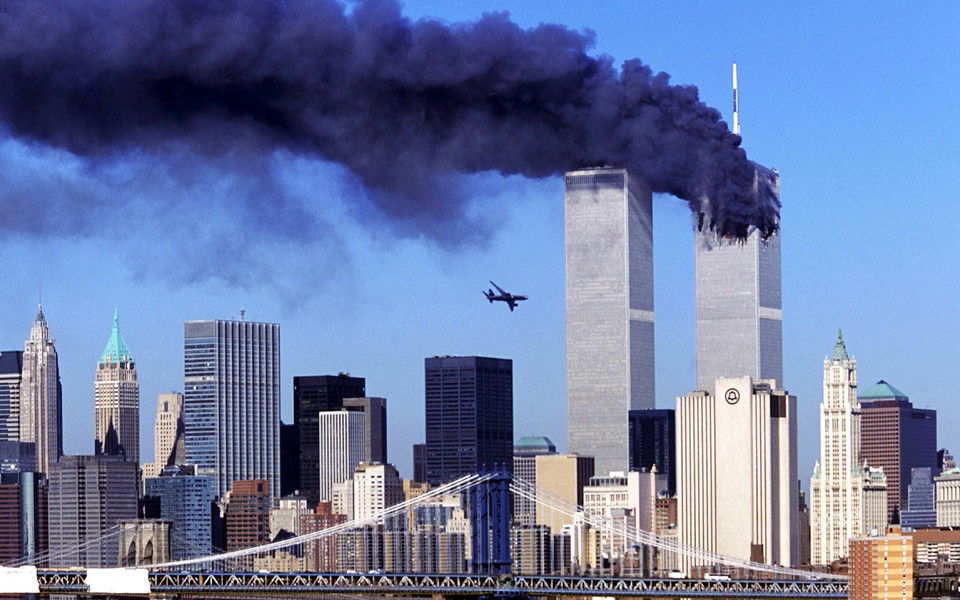 It’s been 15 years since the September 11 attacks, 15 years since that morning when television news (commentators slightly puzzled by the images) showed us live pictures of the second plane flying into the twin towers and then of all the death and devastation that followed. Although an attack on a Pentagon was also attempted, it was the felling of the twin towers in NYC that was the real shocker, a catalyst in what came to be known as the ‘war on terror’.

So, a decade and a half after those terror attacks what has been achieved in this war?

Certainly the world does not seem a safer or less dangerous place to live in. In fact what is noteworthy is the way the threat of terror attacks has become almost normalised; something that we all live with. When there is an attack somewhere in the world -- Nairobi, Brussels, Lahore, Paris, Kabul -- wherever we watch the news of death and destruction, we condemn it and feel sad for the victims and their families and feel anger at the perpetrators and killers. But what we do not feel is surprise.

After 9/11, some American commentators tried to do a lot of soul searching by asking the question of why so much hatred had been directed against them from people in the Arab and Muslim world. The question of Palestine and the Palestinians was mentioned as was the way the US tended to go around the world destabilising popular governments and supporting evil, oppressive regimes.

The soul searching did not, alas, last long. It soon gave way to self-righteous crusader rhetoric directed against Osama Bin Laden, then Saddam Hussein (who had for years been supported and supplied with arms by the US) and evil Muslim militants in general.

Perhaps, the aim was never to actually win the war on terror. Perhaps the aim was to keep it alive: to have a new war to replace the Cold War, to have an enemy to fight as well as to arm.

The West sent troops into Afghanistan and Iraq -- yet today both countries are not really better off than they were in 2001. The Middle East has descended into anarchy and a state of bloody conflict, and Afghanistan is still volatile and the militants still have the upper hand.

But, perhaps, the aim was never to actually win the war on terror. Perhaps the aim was to keep it alive: to have a new war to replace the Cold War, to have an enemy to fight as well as to arm. Certainly, the aim was never to target oppressive regimes -- otherwise surely Saudi Arabia would not have been immune. The monster of neo-Islamic extremist sentiment that attacked the Twin Towers in 2001 is the same monster that attacked the Grand Mosque (Masjid al Haram) in Mecca in 1979. In that (now largely forgotten) attack, Wahabi militants headed by a Saudi named Juhayman al Uthaybi seized control of the Kaaba compound, challenged the Saudi rulers and killed both pilgrims and troops.

Earlier this year, one of the teenagers who went from Britain to join IS and become ‘jehadi brides’ was reported killed. The average age of those British teens was 15. The same number of years since the 9/11 attacks.