The untold facts -- I

Debunking the myths about the controversial Kalabagh Dam 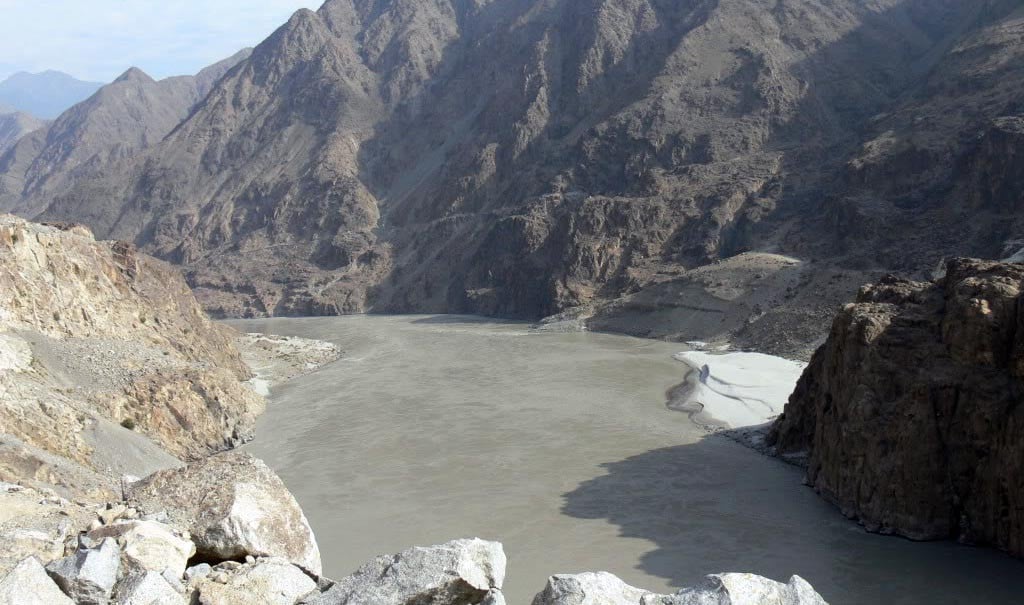 Recently, a serving chairman of Water and Power Development Authority (Wapda), launched a campaign in favour of the Kalabagh Dam. His article ‘Kalabagh Dam -- sifting facts from fiction’ was published in newspapers in many parts.

Zafar Mahmood, who has now resigned as chairman Wapda, brought to the fore several facts but left several facts untold. It was unbecoming for the head of Wapda to use his official position to lend favour to a project that has been repudiated by the elected assemblies and people of three provinces. They were forced to think that, perhaps, only an official from Punjab could enjoy this liberty.

This episode further tarnished the federal character of Wapda in the smaller provinces. The organisation has compromised its credibility over the years for its unveiled support for the contentious dam. Wapda’s role, at best, was to present an objective and technical assessment of the project, and let the competent forums to decide its fate. However, it became a flag bearer of the Kalabagh Dam mission.

The series of articles, published under his official title, begins with a string of examples to depict how trans-boundary water conflicts were successfully resolved to benefit the competing parties. He has cited only a few good examples, giving the impression as if the whole world amicably evolved a consensus on controversial projects. There are more examples where the upper riparian has taken benefit of its location and given lopsided solutions against the lower riparian.

A recent example is the much-resented Xayaburi hydroelectric dam initiated by the Laos government in 2012. The project has ignited a fierce acrimony on energy and economy among Cambodia, Laos, Thailand and Vietnam. The much embittered Cambodia and Vietnam demanded to stall the construction of the dam and commission trans-boundary impact studies. No agreement was reached, but Laos went ahead with the project by bulldozing a treaty inked in1995 to form the commission.

The MRC and the treaty both failed to stop Laos from constructing the dam to honour the agreement. Similarly, a series of seven dams constructed by China has fettered flows of the Mekong River afflicting lower Mekong basin territories multifariously.

Many such examples can be quoted where upper riparian conveniently scrapped bilateral or multilateral agreements to quench its thirst for water. In the absence of a trustworthy legislative and institutional framework, the lower riparian will justifiably cringe from such projects that can potentially make it subservient to the upstream control of the spigot.

Wapda has trivialised the sanctity and credibility of the data by reporting contradictory data in various reports. Data on water availability is often tweaked to fudge the results in favour of Punjab.

In a country where the most revered guarantee, the Constitution itself, has remained ineffective for several years and most of the national institutions brazenly continue to act as an extension of a dominant province, the politically debilitated lower riparian would not easily accept such a decision.

The author Mahmood has expressed his empathy with the team of experts that signed the Indus Water Treaty in 1960 and squarely hold the then army chief Gen. Ayub responsible for the pact. He did not, however, explain as to why all the experts were selected from only one province? The team was assigned a sacred duty of protecting the ‘national interest’, but they could not muster the courage to defy a dictator.

Additionally, the eastern rivers surrendered to India would also contribute an annual flow of 11 to 13 million acre feet (MAF) to Sindh. Why a key stakeholder province was not involved in the critical negotiations? Similarly, he also failed to explain why all the replacement projects were constructed in Punjab, and Sindh was denied its legitimate share of compensation in any form.

A multi-million dollar project like a dam requires a credible set of data to analyse and discuss arguments in case of opposite views. Wapda, being the premier water management organization, was supposed to become a reliable repository of data on water resources. Regrettably, Wapda has trivialised the sanctity and credibility of the data by reporting contradictory data in various reports. Data on water availability is often tweaked to fudge the results in favour of Punjab.

In 2003, the government of Pakistan spent approximately Rs300 million to install telemetry system at 23 sites in the Indus basin to record real time flow data at dams, barrages and canals. The system was installed to ensure transparency of data by monitoring inflows and outflows at all dams and barrages through an automatic electronic system. However, the system soon became dysfunctional only to stoke further mistrust in the lower riparian province.

Currently, it is an orphan child not owned by any one. The government continues to incur an annual loss of Rs22 million to Rs44 million to pay salaries of the staff deployed to maintain the jealously guarded relic of Wapda.

Dams are not constructed to be left empty. Similarly, only permanent surplus flows are stored in any reservoir of any kind. Water accounting of Indus flows has to empirically determine if there is any surplus available for storage in a normal year or the misleading rhetoric of surplus flow is based on the flow data of occasional wet years to artificially augment the averages.

The premise for new reservoirs is often based on a distorted claim that more than 30MAF water is being wastefully drained to the sea and the same should be stored. Availability of this surplus flows is actually an eyewash that has been propagated by the pro-dam lobby. In fact this so-called surplus has already been committed for various uses. There are certain canals under construction for which allocations have already been earmarked.

Total allocations for Kacchi canal, Reni canal, Pat Feeder extension, Gomal Zam dam, additional storage of Mangla Dam and leaching requirement under LBOD project are 8.9MAF. Agreed upon Indian uses on Western rivers under Indus Water Treaty are 2MAF and eastern rivers’ inflows that India can eventually divert are 6.23MAF. From 1976-77 to 2003-04, average uses in Kharif remained at 11.24 MAF, less than the allocation under the water accord of 1991. This quantity of water should also be deducted from the surplus flows.

All these deductions will leave hardly any surplus water available. Especially during the lean flow years, there will be no water available for storage. All this data is part of Wapda’s own documents and can’t be denied flatly. This simple arithmetic is conveniently skirted while recommending new storage reservoirs.

Even if 30MAF of water is construed to be surplus, engineering principles nullify making it the basis for any new storage. In the episode 18, the author has provided 30 years flow data below Kotri barrage that calculates an average surplus of 29.48 years. However, the surplus depicts average annual flow that is not commensurate with the quantity of flows in most of the years. Out of 30 reported years, flow crossed the averages only in 17 years.

This data has been provided by no one else but the author Zafar Mahmood himself, which is a glaring evidence of a grossly misinterpreted availability of surplus flows. If a new storage is constructed, the whole irrigation network will be sprawled and additional uses of water will also be established. From where would Wapda arrange water during the low flow years?

The untold facts -- I