Afghans on the fringes 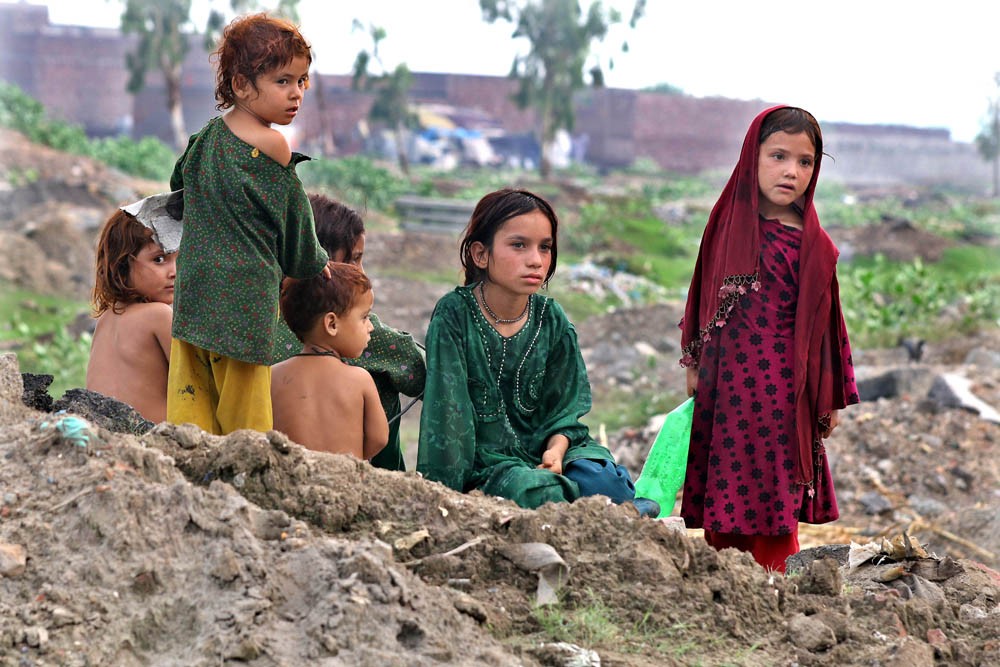 Rustam Khan is a middle-aged man of Afghan descent whose father settled in Lahore soon after war broke out between Afghanistan and Russia in 1979.

Khan, who was born and raised in Lahore, now runs a small hotel in Shafiqabad where he is based with his Pakistani wife and three kids.

A large population of Afghans is said to reside in the katchi abadis and various low-laying areas in the abovementioned localities. Data collected by the Bureau of Statistics puts it down to 0.5 million. The number is supposed to go up if the census is updated.

Interestingly, there have been crackdowns earlier also, and followed many arrests that were made in the light of police reports that projected Afghan refugees as facilitators of terrorists and banned outfits. But the Afghan settlements were never really threatened.

The latest crackdown is touted to be more comprehensive and composed of a combing operation, and intelligence and combat operations.

The Afghans, who may be registered or unregistered, are obviously distraught. Some of them have even shifted base in order to escape the identification process and possible arrests.

There’s a rub. Over time, the Afghans have integrated well with the locals, so much so that it is hard to distinguish them; also, by virtue of their facial features, their skin colour, their language, and working style. They could pass for Pakistani Pashtuns any day.

Besides, having lived here for many, many years, these people have been able to set up their businesses, and made families. Whether they manage to stay back, or are forced to return to their war-torn homeland, in both cases the threat to their lives and livelihoods shall remain.

Rustam Khan shudders at the very idea of having to leave the country. "If I must, I’ve nowhere to go," he says, bemoaning.

A number of Afghans have acquired CNICs by foul means. Earlier, a number of fake cards were cancelled during the re-verification drive launched by the Interior Ministry.

There are many like him who feel the same way. "Afghanistan is still a war zone," says Jamal Afridi who migrated in Pakistan in 2001 after the US attacked Afghanistan in a bid to topple the Taliban government. "How can I seek protection for my family and myself in a country like that that? How can I ensure us food and a secure future?"

Rahat Ali, a police officer at Shafiqabad Thana, says that because of the linguistic and ethnic similarities the Pakistani Pashtuns often feel obliged to help the Afghans to go into hiding every time a combing operation is started.

A number of Afghans have acquired CNICs by foul means. Earlier, a number of fake cards were cancelled during the re-verification drive launched by the Interior Ministry. Though, this had different political parties such as Jamiat Ulema-e-Islam (JUI-F) and Pakhtunkhwa Milli Awami Party (PkMAP) denounce Nadra for giving in to pressure and nullifying even the genuine IDs.

According to the official, in the course of the ongoing operation, 335-odd Afghans have already surrendered their fictitious CNICs voluntarily. "Some 51,000 CNICs have been detected as fake," he tells TNS. "Around 18 Nadra employees have been found guilty of making bogus cards."

DIG operations Dr Haider Ashraf says many parts of the city are safe havens for the Afghans. "We have detected 91 sites where we are going to be accelerating the speed of operation and hunt down those involved in terrorist activities and other crimes."

He also claims that those with fake CNICs have already started returning to their home country for fear of punishment.

But Hamid Latif, a field officer of an NGO, is of the view that the number of registered Afghans in Lahore is no more than 10,000, and "only about 50 people have left the country."

Afghans on the fringes