What makes states and societies strong

Countries do not become "strong" because they disallow criticism, opposition, dissent and calls for accountability 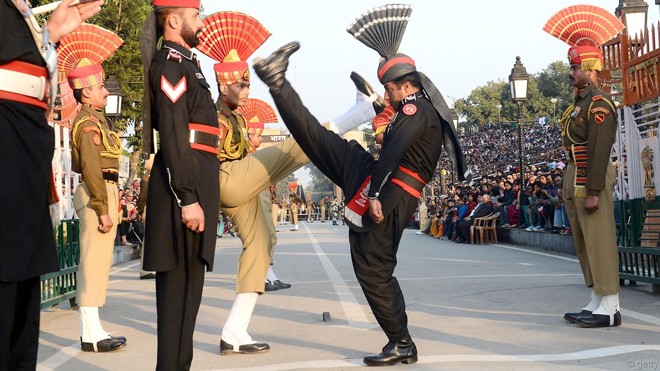 In the wake of a recent speech of a member of the parliament regarding the accountability of intelligence agencies after the deadly massacre of Quetta where Balochistan lost almost a generation of its legal brains, a renewed debate has started regarding patriotism. Aspersions are being cast on the integrity of those who have a different worldview on issues of peace, security and terrorism.

It might be worth looking at this debate in the wider context. What makes the states and societies strong or weak? Legendary academic, Hamza Alavi, was of the view that the state is strong in Pakistan and society is weak. Seeing the hegemony of military and bureaucratic arms of the state, there is no doubt that the state institutions wield immense power, influence and clout. The key question is whether having a strong state makes Pakistan a better country for itself, its citizens and the world at large?

Let’s take this debate a bit away from Pakistan for a moment. Russia under Putin is viewed as a "strong" state by certain influential quarters even in the West. The New York Times in a leading investigative story, More of Kremlin’s Opponents Are Ending Up Dead a few days ago has painted the image of a Russian state where dissent and opposition is not allowed and those who oppose Putin or his policies are being killed through poisons, diseases and other means. Is Russia a strong state by disallowing dissent, criticism and opposition?

If we compare the Russian case with the Western countries, the latter have allowed dissent and opposition in their societies to a large extent, despite the cogwheels of capitalist system that also has its own limitations. Compared to Russia, are the Western countries weak and fragile because they allow criticism and calls for accountability? Or is Russia strong because it uses violent and other coercive means to silence its perceived opponents who might be just as committed to the betterment of Russian people as anyone else? Certainly not.

Allowing strong institutions at the societal level and giving space to political opposition, activists, civil society organisations, thinkers, and academics makes the countries much stronger as they act as a counter-balance to the hegemonic, unbridled power of state institutions.

Russia is by no means the only country, which uses violence to silence its opponents. The New York Times mentioned China as well. Other intelligence agencies in other countries might as well be using these means to serve their narrow vested interests.

Read also: An act against the state

Flexing of muscles by state institutions is not a barometer of "strength" of a country, it might reflect the weakness. Coercion, use of violence, armed squashing of political movements leaves the deadly ponds of hatred and grievance that in turn lead to self-perpetuating cycle of violence.

One of the reasons cited for lack of ability of China to harness its technological superiority into a value-generating economic system is that entrepreneurs’ access to the monarchy was limited and many good ideas could not bear fruition because of control of small oligarchy over the state of affairs. Britain allowed competition amongst its guilds in a decentralised manner and emerged as the pioneer of new capitalist system.

The overall point is that countries do not become "strong" because they disallow criticism, opposition, dissent and calls for accountability. Flexing of muscles by state institutions is not a barometer of "strength" of a country, it might reflect its  weakness.

Coercion, use of violence, armed squashing of political movements leaves deadly ponds of hatred and grievance that in turn lead to a self-perpetuating cycle of violence. Moreover, disallowing dissent leads to further monopolisation of power by the state institutions with de facto, little or no accountability. It perpetuates a culture where a small elite affiliated with the state institutions formulates and executes the policies for the whole country in a way that the policies might not be even in the best national interest of country or promote the welfare of citizens.

To promote consultation, representation and foster buy-in of the peace, security and terrorism-related policies, there is an urgent need to allow dissent, criticism and difference of opinion. Similarly, calls for the accountability of state institutions should be encouraged rather than ridiculed or penalised.

What makes states and societies strong