Will a weakened MQM bode well for a metropolis like Karachi or leave a political vacuum in its fragile sociopolitical fabric? 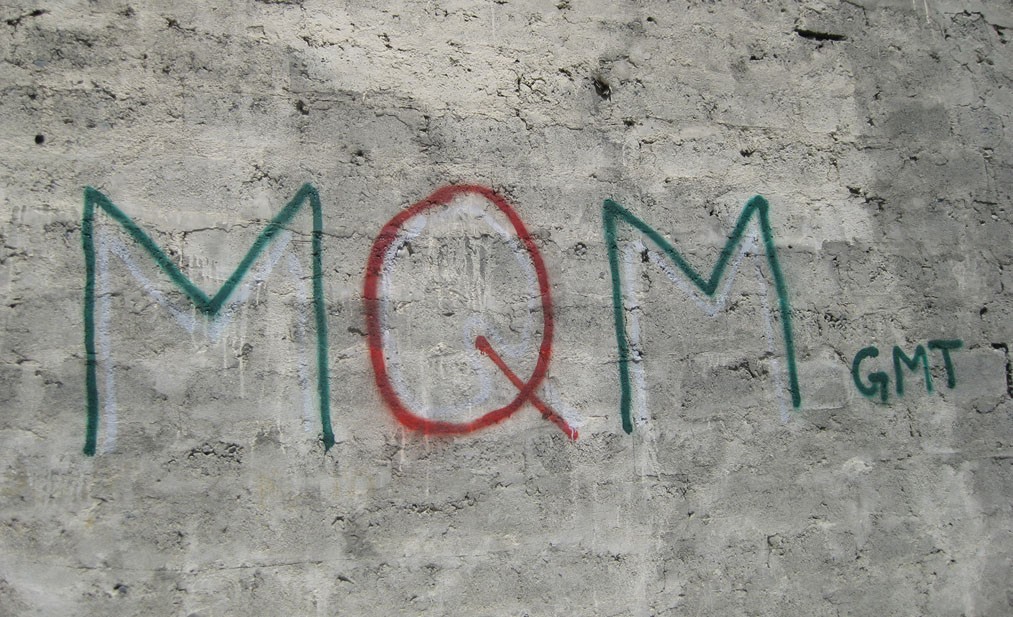 It is widely believed that when Imran Farooq, one of the founding ideologues of Muttahida Qaumi Movement (MQM), was looking for a blueprint to establish a political party in Karachi in 1984, he was won over by the Russian revolutionary Vladimir Lenin’s idea of how a political party should work.

The complex task of connecting the street to the upper echelon of power through a system that runs like a well-oiled machine, where each activist works as a cog -- with their roles precisely defined -- was designed on Bolshevik lines. And the idea worked marvelously, at least, for the MQM.

Over the years, the Karachi-based party turned into a juggernaut in the city, which also somewhat kept it captive in a tight spot making it difficult for it to spread beyond Karachi.

The fact that MQM can never win enough numbers to form a provincial government dawned upon the party early. However, it also realised that it has the power to bag more than enough seats to keep Pakistan’s largest city under its iron-grip and stay relevant in national politics. This uncharacteristic position provides MQM with the peculiar dilemmas of its own. So, it’s no wonder that the party resorts to all sorts of machinations to keep its turf intact and prides on its popular support base, which is unquestionable.

People who do not live in Karachi often wonder why the people of the city -- the most urban and educated -- vote for a party that is known to have fascist tendencies. Perhaps, the answer lies in that party structure that was established three decades ago.

Over the years, the MQM -- with its 26 sectors and around 185 units -- spread a network of party offices that work as small power centres at Mohalla levels. Irrespective of the MQM’s position in the parliament, these ‘power centres’ actively work with the people even when the party is not in the government. And it is manned by men and women from the neighbourhood they serve.

So, from fixing a leaked sewerage pipe to settling money disputes to taking care of eve-teasers, MQM’s party offices provide Karachiites, at least in the low-income neighbourhoods, with the only semblance of the ‘state’ available in the city. And the problems of the people of Karachi, one should understand, range from getting water connections to an electricity kunda and many more. In every step of the way, the party office, in some respect, has a role to play. This is the main reason why the MQM clamours for powers to be devolved through local-bodies systems -- because the system works best for them.

Take a look at these numbers: in 2013 general elections, there were about 25000 polling stations in Karachi. Except for neighbourhoods like Lyari and a few Pushtun-majority areas, the MQM had employed at least four to five extra activists to "facilitate" voters on each station to help them through the voting process.

Parties like Pakistan Tehreek-e-Insaf, which made a lot of noise on the social media for change, did not have enough people to fill the necessary polling agents on their behalf in many of the polling booths. And Jamaat-e-Islami had reportedly helped them in many of the stations. Even if we go by the most conservative estimates, it is evident that through its giant party structure, MQM managed 60 to 70 thousand people, who were at the party’s beck and call on the ground on election day.

This pretty much explains the difference between filling up a rally by drumming up attention through hashtags on Twitter and having the power to mobilise tens of thousands of workers -- the right way to do electoral politics in a city like Karachi.

The Rangers-led operation in Karachi that has targeted the party saw a dramatic high last week after MQM’s founder castigated the military and raised anti-state slogans. The party once again is at the throes of a historic shake-up. Here, too, MQM finds itself in a peculiar tight-spot. It now has an elected mayor who won by a landslide. Yet he is in jail. And the Sindh Government is visibly reluctant to hand over powers to the local government. On the other front, Pak Sar Zameen Party (PSP), a contender made up of people from its own rank, is out competing for political space with alleged support from the establishment.

The unit and sector offices of MQM are being razed and Nine Zero, its headquarter, is sealed. In such dire straits, the party’s Pakistan-based leadership is being forced to denounce its supreme leader, which is likely to invite backlash from the lower ranks.

All of it happening under the glaring eyes of the media.

It is true the MQM has a history of orchestrating violence to maintain its political supremacy in the city, but a more glaring reality is the political vacuum its absence may create in the fragile sociopolitical fabric of a metropolis like Karachi.

Doomsayers predict that the space might be taken over by banned sectarian religious parties like Ahle Sunnah Wal Jammat (ASWJ), which won 10 union council seats in local bodies’ election, last December. While, optimists argue that the operation will bring something fruitful for the city: MQM with its sheer popular base will stay -- however, most certainly with a tactful pact with its London leadership.

But the violent streak within the party has to be neutered for good. At least for now things seem to be heading towards that direction.