A constant factor in my life 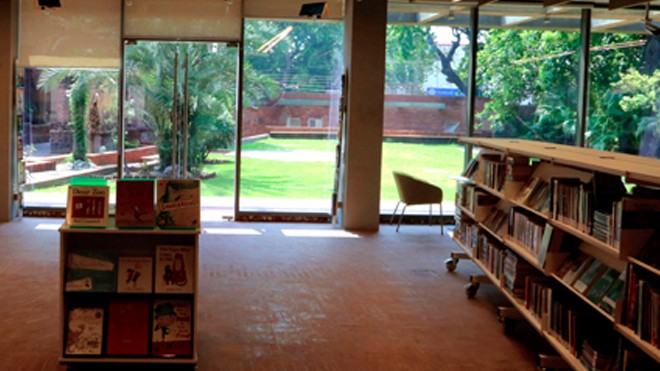 The very name of British Council means many things to me -- both on a subjective level and viewed objectively.

On the personal front, it evokes a deluge of memories. I grew up with the British Council as a constant factor in my life, right from the days of my childhood. This was so because I had the good fortune of having a father who not for years but for decades was the most regular and frequent visitor to the library, borrowing and bringing back books, almost twice a week, which he would happily read and explore.

On many a trip, I would accompany him. Holding his finger I would trail behind as a child. I can still recall the earliest version of the library, its children section, where I would happily move around, picking this book and that, like a little bee darting from flower to flower, gathering pollen.

While my father, oh so happily, roamed the other sections -- literature, history, contemporary world, social sciences and, most of all, the section of new arrivals.

The pollen gathered all these years, did contribute in the making of an exotic honey -- "Literary ambrosia," as Salman Asif called it -- in the form of my father’s book, titled ‘Aesthetics of Incompleteness’ which I compiled and edited.

But we would not sit there. He selected the books, had these issued and we’d leave.

For decades, these trips of his continued. I graduated from being a young child to an adult. And this was the time when I started selecting and borrowing books on my own. No longer in the child section, I was now a young adult with a mind of my own. And out of the total number of books allowed, whenever I was with him, there would be a quota of 2 to 3 books for me.

All these years, the library and the British Council, for me, was a favourite destination. I peculiarly remember how I against all odds went there on my own, for the screening of Charlie Chaplin’s Modern Times.

Objectively speaking, the British Councils in general and the Lahore one in particular, being the hub of the educated elite, played a very important role in the Commonwealth Countries, in improving and building the Britain’s image. In the post colonial era, in the rich decades of the 60s and 70s in particular, they helped to blur the image of the English as mere Colonial Masters and exploiters and, instead, build up their image as true torchbearers of the white man’s burden. No mean achievement.

However, after the cyber and internet revolution, the dynamics have changed, making such institutions, somewhat irrelevant.

The virtual world in which we live today, has rendered, physical presence, brick and mortar, pen and paper, all partially, if not wholly, superfluous and obsolete.

A constant factor in my life