Project Ghazi -- The first superhero film of the millennium

There’s a new genre on the horizon and it’ll fly in next year as Pakistan’s first contemporary superhero film. Here’s what to expect… 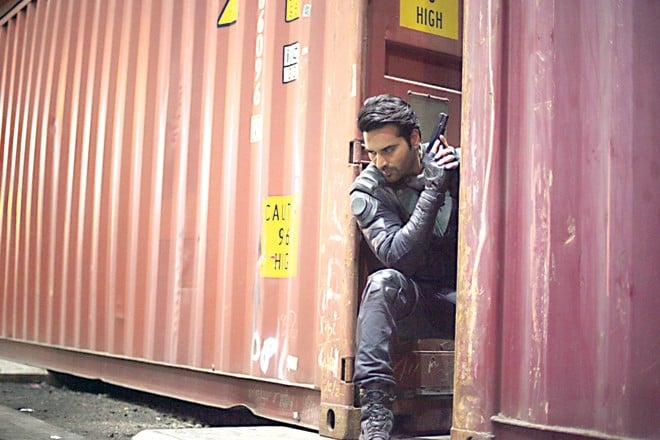 The last couple of years have seen a number of Pakistani film releases, ranging from social commentaries like Khuda Kay Liye and Bol, romantic comedies (Karachi Se Lahore), love stories (Bin Roye), social satires (Na Maloom Afraad) and bio-pics like Manto and Shah among others. The modern cinema-scape, though young, has been quite diverse and experimental. The superhero genre, however, seems to be relatively untouched, with the only film closest to a superhero flick being 3 Bahadur, an animation.

When you think of international cinema, it’s hard to ignore or trivialize the impact and relevance of superhero films on the landscape. There hasn’t been a single summer without a major release. With a history of over 80 years, Hollywood has set the bar high for superhero films, thanks to their great casting, sharp writing and the ability to convert decades of comic books to fun, accessible adventures.

Pakistani cinema, however, has remained deprived of this unique genre from the very beginning; Lollywood hardly had any place for superheroes and that’s easy to believe since the average Punjabi hero was born with supernatural tendencies. The first superhero film (or closest to one; it was maybe more of a ‘special effects’ film) to be ever made in Pakistan was Saeed Rizvi’s masterpiece, Shaani (1989), which was appreciated for its special effects and also bagged an award. Then came Sharmeen Obaid Chinoy’s 3 Bahadur, which tapped into two unexplored territories: animation and superhero. But we’re about to see this change.

A film titled Project Ghazi is in the works. Directed by Nadir Shah and produced by Ali Raza, this film is based on a mission (Project Ghazi) and stars Humayun Saeed, Sheheryar Munawar and Syra Shehroz in lead roles with Adnan Jaffar, Aamir Qureshi and Nusrat Hidayatullah in supporting roles.

"Superhero films are very successful internationally," Nadir Shah spoke to Instep about his upcoming venture. "[And] there is definitely an audience for this genre in Pakistan. With the first film, we aim to introduce people to the world of superheroes and there is always potential to play with this genre in future."

Nadir Shah and Ali Raza, who have also co-written the script, have come up with the idea of a superhero film that will be a combination of both action and emotion.

"It’s a two-hero film," Humayun Saeed, who is essaying the role of a veteran soldier Salaar, shared with Instep. "I am playing Sheheryar’s mentor and my character in the film is an impactful one since I am the only one left to take the mission, Project Ghazi, forward," Saeed noted.

The actor will be seen as the colonel who takes a young soldier (played by Sheheryar) on board to bring his mission to completion. "I [am] working undercover which gives me the margin to be a soldier as well as an ordinary man at the same time," the veteran actor explained.

On taking Saeed on board, producer Ali Raza noted, "Humayun is one of the few A-list actors that we have in our industry. He is the elder one in the film, the senior of the two. His personality and physique make him best suited to the character."

It’s an action-packed film and required the actors to take some training before shooting for it. While Saeed just worked for 8-10 days to stretch his muscles before he began shooting, Sheheryar Munawar went through intense martial arts training for five months to look the part. "Since it’s an action film, I am focusing more on the physical appearance of my character," Munawar shared with Instep in an earlier interview. "It’s an altogether different character from the one I played in my last film (Ho Mann Jahaan). It’s slightly more sober; a character whom people can look up to."

Both Saeed and Munawar will star as protagonists who feature as superheroes in Project Ghazi whereas Adnan Jaffar will be seen as the antagonist Qataan who, too, possesses super powers in the film.

Actress Syra Shehroz, who recently wrapped up shooting for her upcoming film Chalay Thay Sath, has been roped in to play the female lead opposite Munawar. The actress will be essaying the role of a scientist who embarks on a journey to find out what Project Ghazi is all about. "Syra has her own narrative line in the story," the director shared. "Her character is a progressive one and she has an essential role in the film."

Amidst the action sequences and a strong storyline lies a sweet love story between Munawar and Shehroz but it’s not a typical love story. "There are romantic elements in the film but that’s not the major part," Shah explained. Saeed too has a love interest in the film but the actress hasn’t been finalized as yet; she will have a guest appearance in the film.

From the sets to costumes to the overall aesthetic of the movie, the filmmakers assure that everything is Hollywood standard. "The look and feel of the film is close to Hollywood," Raza maintained. "We have stayed true to the superhero genre and have made a deliberate effort to stay away from Bollywood’s shooting style."

Since the infrastructure in Pakistan is very different, the makers had to come up with things from a scratch. "We have created an entire universe for it," Raza observed. "Nadir (director) and I had been working on the idea for a while and then we started writing it; coming up with a narrative was a big challenge. Everything is purely original; the script, the costumes as well as the sets. All the costumes have been designed in Pakistan by our own team. It was very challenging; we had to do a lot of research as well since it’s an entirely different genre to work on and nobody was ready to do it," he elaborated.

Costumes play a gigantic role in the making of any superhero film, details of which the director shared: "First of all we made the designs and then our creative team developed them according to the requirements. The masks have been created by a 3D printer to ensure high standard special effects."

Even though ‘the army factor’ is involved in the film, it is being said that the film is not like those typical army stories that we generally come across. "There is no political agenda in the film," Raza shared. "The storyline is very strong; it’s basically a classical fight between good and evil. Generally, the evil is from outside but in this one, the issue is homegrown. Project Ghazi deals a lot with the tendency of intolerance that we have in Pakistan," he added.

Project Ghazi is going to be Shah’s first feature film for which he has come up with a solid narrative. "It is not a hollow narrative without any stakes involved," the director noted. "It’s the story of a hero; the story is symbolic and can be interpreted on multiple levels."

Elaborating on what made them go for a superhero genre, Shah explained that it is easier to take into account a broader perspective in this genre and films, in general, allow one to talk about the broader perspective as well as remain grounded to reality at the same time. "Films have their own world and have more margin for exploration unlike television that mainly focuses on domestic themes," he observed.

With the film’s release expected sometime in 2017, the makers are confident that the audience will get to see what they expect of a superhero film. While this is too early to comment on how the film will turn out to be, we hope that it only adds to the diversity and scope of Pakistani cinema and sets a benchmark for future films.

Project Ghazi -- The first superhero film of the millennium 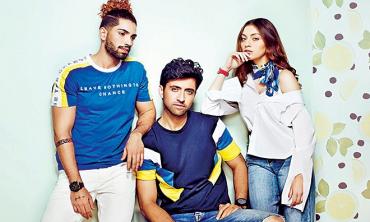 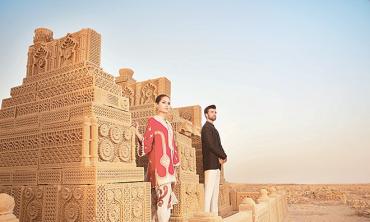 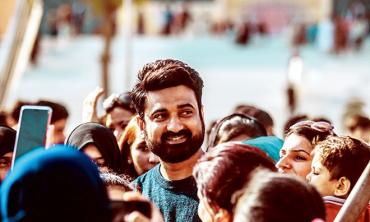