‘Afghan women’s struggle will not end with NATO pullout’

-- Interview with Orzala Ashraf Nemat is a senior teaching fellow at the School of Oriental and African Studies (SOAS), London 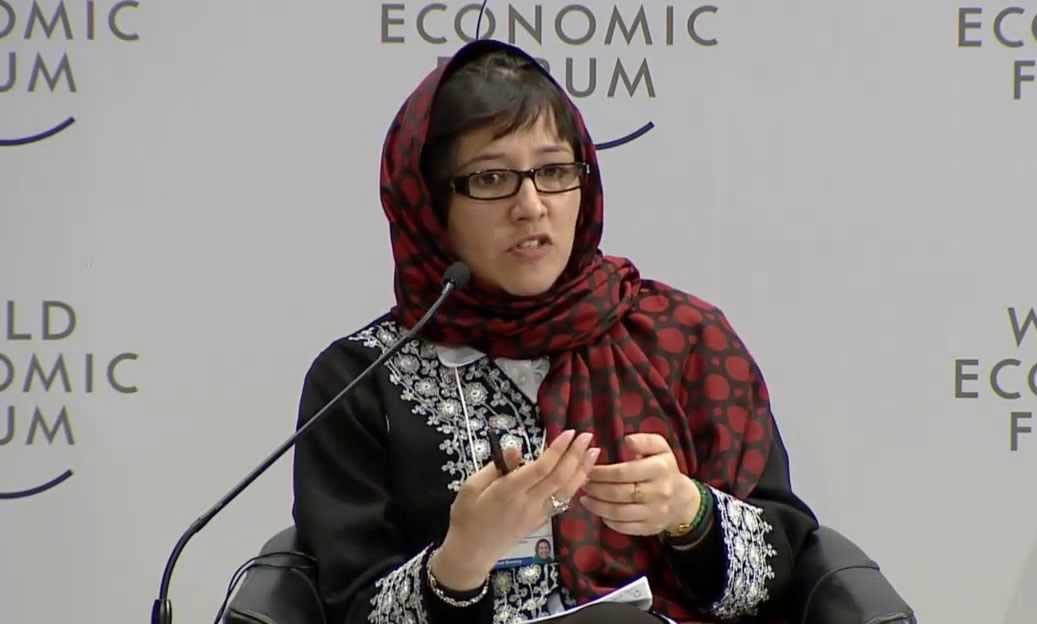 Orzala Ashraf Nemat is a senior teaching fellow at the School of Oriental and African Studies (SOAS), London. A civil society activist, she holds a PhD in Development Studies, also from SOAS. Under the Taliban regime, Orzala Ashraf Nemat launched underground literacy and health education programmes for women and girls. In an interview with The News on Sunday, she discusses the conflict in Afghanistan and its implication for Afghan women. Read on:

The News on Sunday: How is the general situation in Afghanistan? The impression one gets is: Taliban are about to storm the Presidential Palace. How true is that?

Orzala Ashraf Nemat: No doubt, the situation has not been as bad since 2001. I am referring to deterioration of situation in terms of political instability as well as security. This descent into further chaos has two dimensions. Firstly, weakness of governance which in turn issues from a lack of political legitimacy suffered by the present government. The previous presidential elections were a total fiasco, giving birth to a unity government that was an imposed solution by the foreigners. The lack of legitimacy and absence of unity at the centre has led to a governance failure at the sub-national level. The other dimension of present chaotic situation is the dwindling security.

Now this worsening situation is interpreted differently by different people, regionally and internationally. The perspective of proponents of the Taliban or those viewing Afghanistan through the Taliban lens is that the Taliban are about to storm the Presidential Palace. This is highly problematic nonetheless.

For instance, Kunduz province was taken over by the Taliban in autumn last year. An absolute failure of the provincial governance allowed the Taliban to not merely emerge in Kunduz but facilitated its takeover. However, special forces were able to recover Kunduz in two weeks’ time and dismantle the Taliban control.

Secondly, the Taliban are not a united force. This fragmentation of the Taliban forces is yet another factor discouraging their return to Kabul. The emergence of ISIS in Afghanistan is also a factor going against the Taliban.

TNS: The other impression one gets is: women rights will suffer when foreign troops will withdraw.

OAN: First of all, the struggle for women rights did not begin with the US invasion of Afghanistan. It will not end with the NATO pullout.

Fact of the matter is: since the time of Afghan ruler, Amir Abdur Rahman, when the process of modern state-building was initiated, by the late 19th century, the question of women rights has been on agenda. Such legislations as abolition of tribal custom of forcing widows to marry their deceased husband’s brother, raising the age of marriage, giving women the right to divorce under specific conditions, and women’s rights to inheritance were introduced. Ever since, discourses and struggle for women rights have existed in Afghanistan.

The perspective of proponents of the Taliban or those viewing Afghanistan through the Taliban lens is that the Taliban are about to storm the Presidential Palace. This is highly problematic.

Amir Amanullah Khan, who won Afghan independence from the British, expanded these reforms. Fast forward to the 1980s: Afghan women kept struggling for their rights and wellbeing. They organised themselves and in their own ways helped their fellow women in countless ways. This history is important because the manner in which the question of Afghan women rights has been framed since 2001 is highly problematic.

The line of argument that the troops’ pullout would imply a return of the 1990s era -- imposed burkas, closure of jobs and education opportunities and confinement in homes -- is indeed questionable.

Since 2001, billions of dollars have poured into the country in the name of women mobilisation. These programmes indeed brought a renewed awareness among wide sections of Afghan women about their public role and individual rights. They won’t sit idle…

TNS: Most of the projects you have spoken about were run by foreign-funded NGOs. Don’t you think the NGOisation of women movement is a problem?

OAN: Regarding NGOisation, you are right. However, aid dependency is a deeper phenomenon. The entire country is aid dependent. NGOisation has inflicted a significant damage. It shapes a mindset whereby activities are designed with financial priorities. However, the women movement will not cease to exist when the funds will dry. Funds-driven activities most likely will scale down. The fight for rights will go on.

Regarding troops’ pullout, I am often asked this question. It will be dishonest to say that there will be no impact. Simply because with troops, came financial support and resources. But women movement will not collapse in the absence of these resources, I am certain about this.

My view is that the damage of NGOisation can be fixed gradually. Let us wait. Out of the present situation, there will be a realignment of forces and a more mature women movement will emerge.

TNS: Taliban have been characterised as ‘nationalists’ as well as ‘anti-imperialists’ by some analysts. How do the Afghan women view the Taliban resistance?

OAN: First of all, there is no such thing as Afghan women’s viewpoint to answer questions of this nature. Women and their position with regards to such political questions are as diverse as views of Afghans in general. Though at times the ‘anti-imperialist’ and ‘nationalist’ rhetoric have been invoked by the Taliban themselves, their practices of indiscriminate killings of civilians across Afghanistan contradict any sense of nationalism and anti-imperialism. The Taliban ‘brand’ symbolises suicide bombing, target-killings of civilians and traditional leaders.

‘Afghan women’s struggle will not end with NATO pullout’