"Wounded but the dream is still alive"

-- Aamnah Khalid has just completed her A Levels and is part of the Pakistan Debating Team. She lives in Lahore 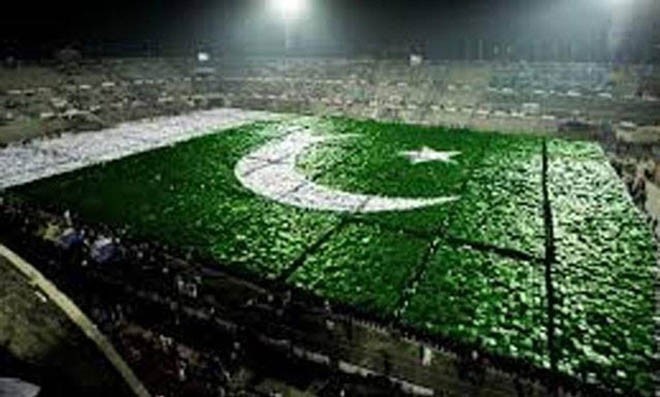 Every member of my generation inherited two Pakistans: an unrealised dream and a miserable reality. The flag that we inherited has its white stained with the blood of minorities. Its green is divided into 73 shades and the crescent and star are fading. The flag is torn and tattered but a sympathetic eye can still see the original Pakistan in it; wounded, short on breath, the dream is still alive.

As we grew older though, we learned to acknowledge only the worst in our nation, when we bothered to acknowledge anything at all -- neglectful politicians, corrupt bureaucrats, rampant terrorism, a broken judiciary, power shortages, crippling foreign debt and toxic water, if any.

We used to think our houses were safe; then Joseph Colony got attacked. We used to think schools were safe, but the 141 at APS beg to differ. We dared to hope hospitals would remain safe and Quetta’s Sandeman Hospital subsequently suffered as a result of our naivety.

We realised how unforgiving a place we live in. But perhaps more heartbreakingly, we now realise how much we love it; the remnants of the dream at least.

We love our chai, our khussas, karahi at dhabas, those trips to the picturesque north, rocky rickshaw rides, childhood memories of basant, pakoray in the rain, mehndi and churiyan on Eid, ajrak pattern kurtas and of course, our biryani.

Read also: "All we have to do is light the fires inside"

We can’t live a day without speaking in Urdu, even the most Anglicised of our lot. For some reason, no language can truly capture our emotions the way Urdu can. Faiz Ahmed Faiz’s "Bol" inspires and moves us because "Speak out! Your lips are free" is just not the same as "Bol keh lab azaad hain teray".

We are bound as a nation by an insane ability to recover from any tragedy, big or small. Just when I think all hope is lost, I find a 70-year old man standing on Liberty roundabout holding a slogan that says "mujhe Jinnah ka Pakistan waapis chahiye" and I’m reminded of the determination that lies suppressed within each Pakistani.

Let this year mark the independence of my generation as it enters adulthood and takes hold of the Pakistans it has inherited, both the dreamed and the damaged. For they are ours!

Even in a country where freedom of expression is a joke, I feel proud to be a part of its debate team because if nothing else is, the dream is still alive.

Our love affair with the "dream" comes with the immense burden of the mess that preceding generations have created. It’s unfair that we must inherit the dilapidated Pakistan too when we have never even cast a vote in our life to have caused it to be this way.

Or we could leave Pakistan and let the slate remain empty, as so many from my generation want to do. I think the last one is just as grave a crime as the second last, for we are responsible both in our action and our inaction. Let this year mark the independence of my generation as it enters adulthood and takes hold of the Pakistans it has inherited, both the dreamed and the damaged. For they are ours.

"Wounded but the dream is still alive"