The deadliest attack against the lawyer community, the motives of which are still not known 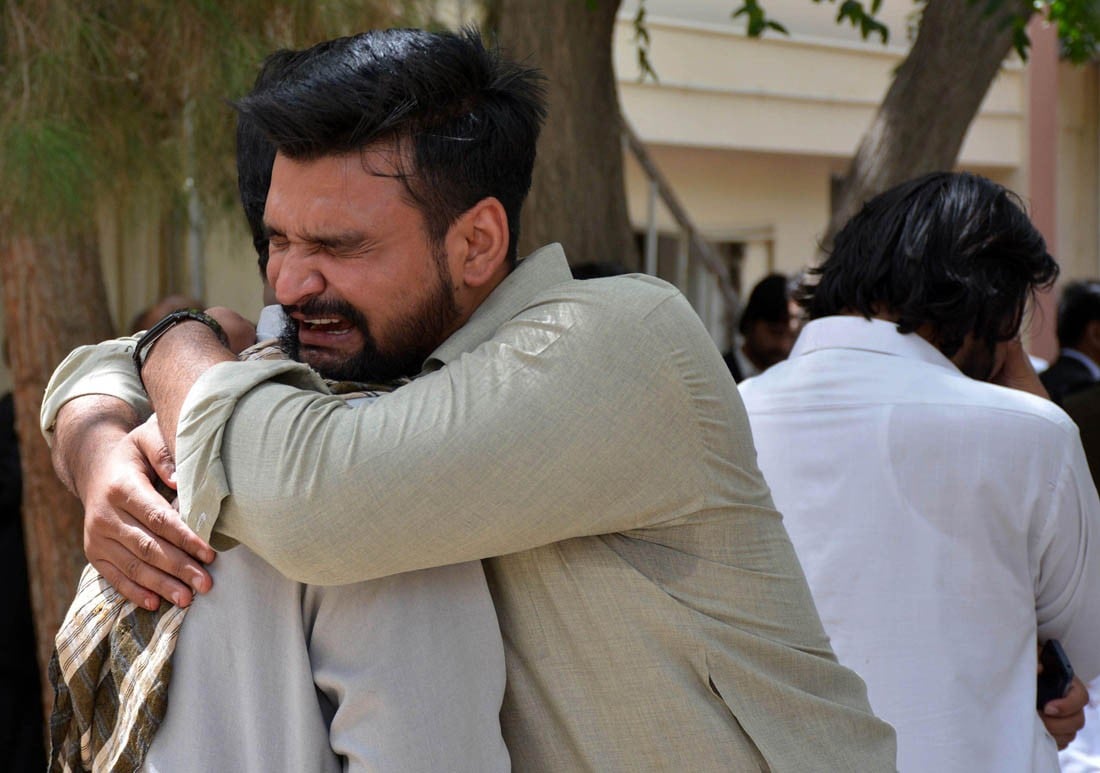 Last week’s suicide blast in a government hospital in Quetta, killing over 73 persons and injuring over 110, was the deadliest attack against the lawyer community of the country, wiping out almost a generation of lawyers including many of their leaders in Balochistan.

This is not the first time the terrorists have deceived the law enforcement and security agencies in a very coordinated action, inflicting heavy human loss and injuring hundreds. It has happened at least five times in Balochistan that they have set a booby-trap, drawn more and more people and then conducted a suicide explosion. Yet, the law enforcing and security agencies do not seem to have learned any lesson or taken any fool-proof measures to save the lives of innocent citizens as well as their own personnel.

In the latest incident on August 8, President Balochistan Bar Association Bilal Anwar Kasi was gunned down, rushed to the hospital for medical aid where he was pronounced dead. When lawyers along with their leadership gathered in front of the emergency ward of Sandeman Provincial Hospital to collect the body of their slain colleague, a suicide bomber came and blew himself up.

Although government hospitals as public places cannot be made guarded compounds, both civil and military administration need to turn them into secure enough places in the face of fear of being attacked.

"The government has left the citizens and lawyers at the mercy of terrorists. If proper security arrangements had been made, the suicide bomber would have found it difficult to penetrate into the security circle to hit them," says lawyer Sanaullah, who remained unhurt on that fateful day.

The lawyers and their relatives have severely criticised the government and its agencies for not making proper arrangements for security as well as treating the injured. The few doctors and paramedics who were on duty disappeared after the blast in the hospital which is the biggest and the oldest in the province. The lawyers were witnessed putting the severely injured on stretchers/trolleys and pushing them here and there, calling the doctors for help.

Read also: I am the enemy

Senior lawyer, Kamran Murtaza, says that being a lawyer he would not talk about anything without evidence and proof. "But if you see the detail of the incident, it was a very coordinated action, and lawyers and judiciary were the main targets. God forbid, if the bomber had blown himself up a few minutes later, members of judiciary and most senior lawyers would also have been the target."

Although government hospitals as public places cannot be made guarded compounds, both civil and military administration need to turn them into secure enough places in the face of fear of being attacked.

Police officials think the terrorists might have attempted a suicide bombing earlier too, in June last after the killing of Amanullah Achakzai, Principal Law College Quetta by unknown assailants. "However, they could not because the lawyers did not gather in the hospital in large numbers."

Ali Ahmad Kurd, one of the senior-most lawyers and a leading light of the Lawyers’ Movement, is devastated, to say the least. "It was not killing; rather it was the annihilation of lawyers. Under a plan, lawyers were made to gather in hospital where 150 to 180 of them were present when the bomber detonated his explosive belt. It is not only a tragedy for the families, but for the whole society -- for being deprived of its educated lot."

Read also: The sources of terror

Unlike the past, no terrorist group has so far called a newspaper or tv channel’s office or sent any statement claiming responsibility of the suicide attack on the lawyers. However Jamaat-ul-Ahrar, an outfit of Tehreek-e-Taliban Pakistan, and Islamic State on their websites have claimed responsibility and vowed for more such attacks. They have also promised to soon release the video of the suicide bomber. However, none of them has mentioned the reason behind the attack. But many analysts agree that lawyers were indeed a ‘soft target’.

Both civilian and military leadership are of the opinion that the attack was a conspiracy against the China Pakistan Economic Corridor, thereby indirectly blaming the Indian intelligence agency RAW. Mahmood Khan Achakzai, the head of his party PkMAP, an ally of PML-N and Sardar Akhtar Mengal, the head of BNP, has rejected these claims and said on the floor of the National Assembly that such statements are aimed at to divert the attention of the people from the incompetency of state [intelligence] agencies.

Military officials requesting anonymity told this scribe that a combing operation has been launched in the provincial capital of Quetta and adjoining districts to track down the perpetrators of the hospital suicide blast. "Some 500 personnel of Frontier Corps Balochistan and 150 policemen and 100 jawans from Anti Terrorist Force are taking part in the operation. Dozens of suspects have been arrested from the Afghan nationals’ populated areas in District Quetta and are being interrogated for finding any clue about the suicide bomber and his local facilitators."

Analyst Hasan Askari Rizvi thinks that both the provincial government and the military authorities had worked together for a couple of years to improve the situation in Quetta and assumed that it had actually improved. "The perpetrators of this attack wanted to prove [this assumption] wrong and challenged it. Also, these groups have succeeded in re-grouping and they want to make their presence felt -- that they are intact and very much around.

"In my opinion, the perpetrators have struck the lawyers to create a fear in their hearts as well as of judiciary for not trying their imprisoned accomplices."

Rizvi is of the view that Pakistan "needs a comprehensive policy to be applied in the whole of the country instead of one or two provinces. This helps these terrorists to shift within the provinces as well as to neighbouring Afghanistan to avoid the operation".

The gems we lost

Baz Mohammad Kakar, one of the central leaders of the Lawyers’ Movement from Balochistan, was a leading practicing lawyer. He was leading his group in the elections by running for the post of President Balochistan High Court Bar Association that were to be held on August 13 (now postponed because of the tragic incident).

In his 50s, Kakar came to prominence when he openly supported the the suspended Chief Justice of Pakistan, Iftikhar Mohammad Chaudhry, following the senior lawyer Ali Ahmad Kurd. He has been very active for the welfare of lawyer community.

Barrister Adnan Kasi, 40, was running for the office of Secretary in the elections. His colleague Rauf Atta who got injured, though out of danger, was running for the office of President. Adnan Kasi obtained his LLB from London in 2002 and later joined the bar there in early 2005. He was appointed as the youngest Principal Law College Quetta in General Musharraf’s regime and remained in office for more than seven years. Being well-educated and committed, he introduced many reforms in the college like transparent examination, results and admission policy. He established his chamber where many junior lawyers worked.

Sunghat Jamaldini, a young 38 year old human rights activist and lawyer from Balochistan (a member of Human Rights Commission of Pakistan) studied from Lahore and joined the legal profession in Quetta some seven years ago. He belonged to a political family of Naushki and is son of Senator Dr Jahanzaib Jamaldini, who is senior central leader of Balochistan National Party. As a member of HRCP, he had playing very active role, raising voice for enforced disappearances in Balochistan and abuse of women rights in the province. He also became active in lawyers’ professional body for the last couple of years.

Dawood Kasi, 43 belonging to a known Kasi tribe of Quetta remained twice President Balochistan Bar Association and was still in office for the third time when he fell prey to the tragic incident. He did his graduation from Lahore and then LLB from Quetta in the late 1990s before joining the legal profession. His father Dr Abdul Malik Kasi, a well-known child specialist of Balochistan.

Qahir Shah, 48, belonging to middle class family obtained his law degree from Law College Quetta in the early 1990s. As an activist of lawyers’ professional body, Qahir Shah held various offices and currently was Vice Chairman, Balochistan Bar Council. He too played a very active role in the Lawyers’ Movement for independence of judiciary in the country against the Musharaf regime.

Bilal Anwar Kasi, in his 50s, remained President Balochistan Bar Association more than two times. He too remained active in the Lawyers’ movement as well for the welfare of his fraternity.