This society killed her

One thing that we gather from Qandeel Baloch’s cold-blooded murder, it is that we live in a highly intolerant, patriarchal society 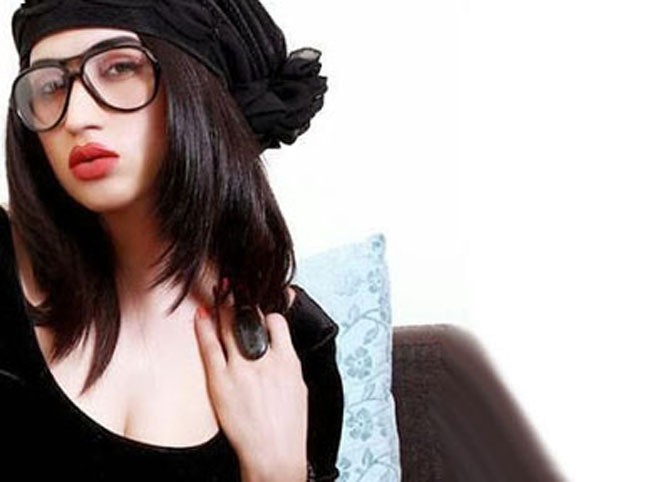 As the smell of coffee wafts throughout the room, my eyes wander to the newspaper, I can’t make out the headline and I make no effort to read it. Instead I open Facebook on my phone and the first thing I see on my newsfeed is that Qandeel Baloch has been killed by her brother.

I let the news sink in.

Of all the news in the world this shocked me the most. Did it really, though? With all the attacks on females in our beloved, tolerant society, news of a female star being killed to protect her family’s honour was nothing out of the blue, for Pakistan at least.

Baloch’s antics on social media were well-known throughout Pakistan and even beyond, at least for those people who possess a Facebook account. She had been called "Pakistan’s Kim Kardashian," a "slut," a whore and a number of other ‘colourful’ names. Her videos were full of comments abusing her, telling her she must have some respect, that she should die and that she is ruining Pakistan’s name.

Then she was no more. Strangled to death by her brother who thought he was protecting his family’s honour.

It was just another day for Pakistan. A woman who, for all intents and purposes, was doing her own thing, was not afraid to show a bit of skin, and did some things that were far too wrong for this patriarchal society to handle, was killed in cold blood.

There was outrage. People rushed to put up statuses defending Baloch. The same people who had ridiculed her rushed to talk good about her and felt good about themselves. They were supporting a good cause, after all.

These same people tagged their friends on the videos of the late model-turned-actor-turned-social-media celebrity and made jokes about her, but after she was killed all of us started updating FB statuses in her defence and a representation of feminism.

If one thing that the majority of Pakistani people are best at, it’s hypocrisy. But what they are even better at is barbarity. With the death of Baloch, there came a flood of tweets and sentiments praising the killer for what he had done, that Baloch deserved it.

This is just another instance in a long list of the male gender overpowering the female. A few months back, a bill was being drafted by some religious ‘scholars’ who believed it was okay to lightly beat your wife.

So, we are condoning domestic violence now. Top-notch stuff this is.

There was outrage. The same people who had ridiculed her rushed to talk good about her and felt good about themselves. They were supporting a good cause, after all.

A religious scholar went on national television and refused to let a woman talk because, well, she was a woman. In 2015, there were almost 250 incidents of honour killings in Punjab alone.

I was watching a video of a girl who was singing an Arabic poem while playing the piano, and scrolling down to the comments, I found where hordes of men and women (yes, women also!) were bashing the girl for not wearing a ‘dupatta’ over her head.

Instead of praising her voice they were shaming her for showing her face.

If one thing that we can learn from the past few months, it is that we live in a very intolerant society driven by men. For the feminine and, for that matter, any other gender to survive in this society, this kind of intolerance must be rid of. Qandeel Baloch’s brother didn’t kill her, this society did.

This society killed her