While leaving small growers at the mercy of commission agents and middlemen, the government continues to ignore the much-needed reforms in the agriculture marketing system 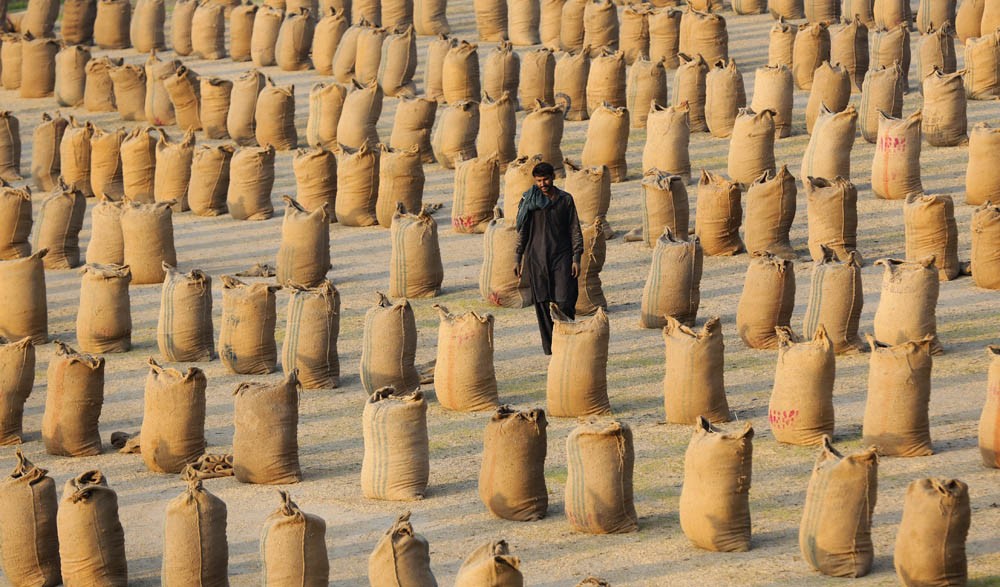 The federal and provincial governments have tried to please the farmers through various multi-billion rupees kissan packages. While these packages (for whatever actual worth these are) help the politicians win some political points in the short term, these sadly divert the focus from the more chronic and complex issues facing the ordinary farmers.

Unending distortions in agri-marketing systems and persistent refusal by the political leadership to systematically deal with these challenges are glaring examples of this attitude that has badly harmed farmers.

Agriculture marketing system, which is one of the most crucial pillars upon which the whole edifice of agriculture sector in Pakistan is predicated, needs a little explanation. What a common farmer gets at the end of the day through selling his produce is what should really be the centre of concern in any agriculture sector policy reform.

Sadly, no such intention can be seen in several of the recently announced kissan packages in our country.

Before gauging what ails the agriculture marketing regime in most parts of Pakistan with reference to some basic facts about this phenomenon will not be out of place. In the subcontinent, agriculture marketing was acknowledged as a policy instrument for the first time through Agriculture Produce Markets Act 1939 on the basis of a report by the Royal Commission -- with the sole, noble purpose of "safeguarding the growers’ interest for a fair return through regulating agri-business". This Act continued to govern the agriculture marketing till 1979 when it was replaced in Punjab by the "Punjab Agriculture Produce Markets Ordinance 1979" and rules framed thereunder.

Unfortunately, an overall tendency to relegate agriculture to the backseat by successive governments resulted in a situation where this Ordinance gradually started losing its relevance for truly safeguarding the concerns of small and medium scale farmers. Not that there was a dearth of realisation on what actually ailed the commercial interests of small farmers, but an obstinate delay in the much-needed reforms in agriculture marketing also led to a situation when farmers were not able to even recover their cost of production.

An odd reference here and there to "end the hegemony of the middleman" became too common without any concerted effort to revisit and reconfigure the whole paradigm of agriculture marketing.

In actual practice, the whole marketing system was gradually allowed to become hostage to "commission agents" to the detriment of growers’ community. The phenomenon of commission agents in agriculture marketing took various shapes such as acting as an inevitable bridge covering backward linkages with farmers and beopari and forward linkages with Pharia and retailer; he would relentlessly act as creditor, auctioneer, informer and purchaser of agriculture produce and enjoying a suffocating hegemony over growers through strong, ruthless creditline monopoly.

Prices are manoeuvered to drop when growers bring their produce to markets as missing storage or silos facilities leave small growers at the mercy of middlemen who buy their produce at low rates. Once out of the growers’ hands, the prices go up.

While leaving small growers at the mercy of commission agents and middlemen, the government also continued to ignore the much-needed reforms in the agriculture marketing system.

Manifestation of these core dysfunctions in the agriculture marketing systems were numerous and started becoming all too obvious as time passed, without any remedial measures from successive governments. A majority of Market Committees became loss-making entities despite huge volumes of trade. While middlemen and commission agents made monumental profits, coffers of market committees and pockets of exhausted farmers became chronically empty. Most of the legitimate and stipulated commissions for transactions were pocketed by the corrupt staff of market committees. These committees failed to perform as per their legal mandates. Exploitative middlemen thrived due to unfair auction system and faulty price fixation mechanisms. Measures dealing with quality assurance such as quality premium and grading of agriculture produce became redundant to the detriment of growers and consumers.

Results of these acts of omission and commission in agri-marketing systems are far too obvious today. Prices are manoeuvered to drop when growers bring their produce to markets as missing storage or silos facilities leave small growers at the mercy of middlemen who buy their produce at low rates. Once out of the growers’ hands, the price of agriculture produce is jacked up through collusion between pharia, commission agents and middlemen. As a result both the grower and consumer suffer (one through artificially lower prices and the other through contrived exorbitant prices) while coffers of middlemen, commission agents and inefficient market committee staff swell with totally unjustifiable profiteering bordering on extortion.

No rocket science is needed to find a solution to these problems. One can cite numerous examples from the region to show how others have handled these distortions in agri-marketing systems for safeguarding the interests of actual growers.

In India, the idea of aquaculture farmers’ organisations and cluster management was successfully employed to overcome challenges such as lack of access to good quality inputs and services, high disease risks, compliance challenges regarding food safety standards, traceability and certification. Groups of 25-70 farmers were organised in "Aqua Clubs" which were further organised in geographically distributed farming clusters for sharing input costs and undertaking collective marketing through single licensing arrangement. These licensed and democratically-elected farming societies were able to mobilise loans for inputs and bargain competitive prices for their produce, eliminating the negative role of middlemen.

A somewhat similar approach was followed in Thailand where Samroiyod shrimp farmers’ cooperatives were established to safeguard marketing interests of shrimp farmers. These cooperatives enabled groups of farmers to successfully ensure compliance with safety and grading standards for fetching highly lucrative deals for their produce.

What is important to note is the fact that in both cases the government came forward to safeguard marketing interests of small farmers. Through a mix of targeted subsidies and incentivising progress towards certification and quality assurance, regulatory authorities were able to nurture the spirit of common action amongst small farmers for raising the profit and ending the possibilities of extortion at the hands of middlemen and commission agents.

Against this backdrop, the political and administrative leaderships in Pakistan also need to look beyond mechanical and unimaginative kissan packages which, at best, promote dependency and end up being counter-productive in terms of addressing challenges faced by small framers. By establishing cluster villages and farmers’ collection centres, empowering growers through timely marketing information, promoting the notion of commodity exchange through a string of cold storages and silos, and linking farmers with wholesale markets and national trade corridors, major marketing hurdles facing small farmers can be substantially removed.

This is the only solution if the government truly wants to improve economic conditions of small farmers alongside ensuring availability of high quality agriculture produce for consumers at affordable prices across Pakistani markets.