Perils of the influence of big money on politics are numerous everywhere, but they are worst in developing countries like Pakistan 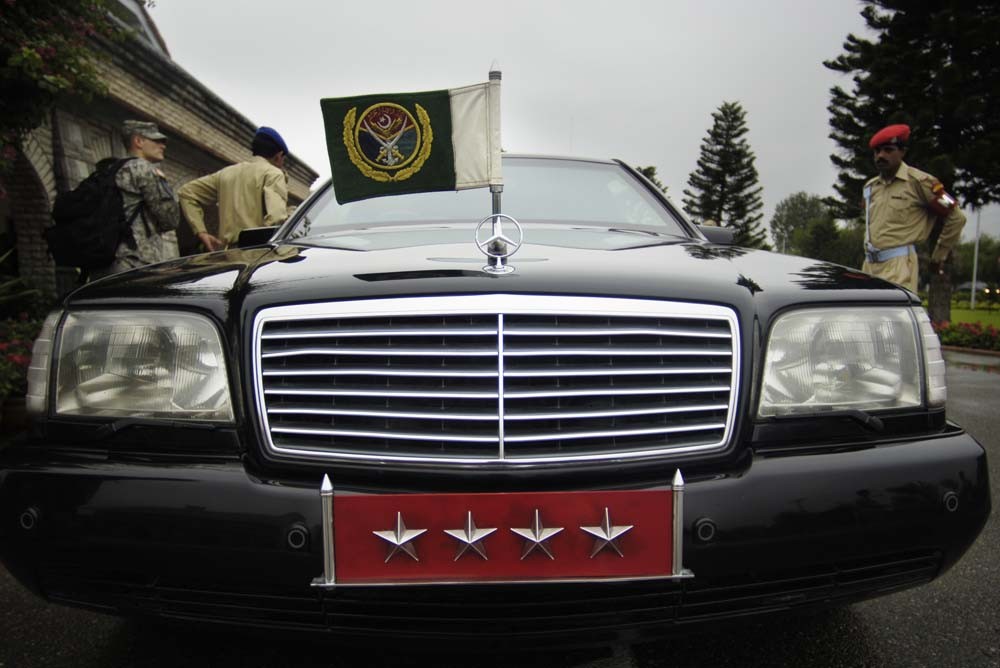 If voting changed anything, they would make it illegal: (Emma Goldman)

Nothing disenfranchises a society as much as the dominance of its politics and electoral system by big money. It shuts the door of elected offices on the people who do not have large electoral campaign funds. Unfortunately, this trend is one of the key features of 21st century neo-liberal democracies.

There are several hazards of the control of money over electoral systems and politics at large. It degrades democracies to levels where they cease to be democracies at all. It helps robber capitalism dominate societies completely.

Perils of the influence of big money on politics are numerous everywhere but they are worst in developing countries like Pakistan. What we have seen over the years is a concentration of property and wealth of the society in fewer and fewer hands. This trend has made the elite excessively powerful vis-a-vis the rest of the society. When such economic elite of a country uses its money and property power to become its political elite as well, they capture and hijack the whole edifice of the state. Such states do not remain normal countries. They don’t function for or serve everyone. They operate in the interest of the richest few only, often at the expense of the multitudes. They become plutocracies and kleptocracies.

Economic inequalities, dysfunctional institutions, rampant corruption, rising poverty, high crime rates, rise of extremist parties and gradual economic collapse are the chief hallmarks of such societies. It is a tragedy that we see most of these symptoms in our society today.

Walk up to the main thoroughfares of Karachi, Lahore, Faisalabad, Rawalpindi or Peshawar in summers. A common sight at these thoroughfares in summer nights is dozens of people lying on the footways and the wayside grass. Who are these people? They are the daily wageworkers who do not have any home or shelter in which to spend their nights. They are often the migrants from countryside where the rural agrarian economy has declined to a point where it cannot sustain them. Compare their lives to the people living in Clifton, Defense Housing Societies, Gulberg, University Town or the F-Sector of Islamabad and you get a real sense of the extent and magnitude of socio-economic inequality in the Pakistani society.

When one looks at the agricultural growth statistic of 0.19 per cent in the 2015-16 Economic Survey of Pakistan, one easily understands the reasons for the rural-to-urban migration in the country. This migration is going to accelerate and as the case of Karachi suggests, Pakistani cities do not have the means and resources to withstand this kind of population influx.

A few questions that merit consideration here are; who represents these people, the lumpenproletariat, the underclass of hobos, the marginally employed or unemployed people who barely eke out a living in the major cities and towns of the country? What is their place and status in the political economy of the country? How many parliamentarians or legislators do they send to the national and provincial assemblies or the local government bodies? Which parties speak for them? Where do they figure in the social and political discourse in the print, electronic and social media? How capable are they to influence or have a say in the economic, developmental or political discourse in the country?

I am sure answers to these questions say a lot about the level of disenfranchisement in the country where such poor people are increasingly becoming a majority of the population.

A bitter truth of the social and political life in Pakistan is the fact that only the moneyed, propertied and state power holding classes have a clout and say in the political, social and economic discourses of the society. This clout and influence remains in direct proportion to the amount of money, the size of property and the extent of state power a class owns?

The lumpenproletariat and the proletariat of the country remain largely disenfranchised. They seldom get the chance to articulate and demand their rights and aspirations. The rarely have platforms where they can express their opinions about their needs and requirements. An electronic and print media that mostly runs on business principles of ratings and hunt for sponsorships for relays and programmes does not give adequate time to this silenced group of the exploited.

Then we have a party that represents the interests that are tied to the state bureaucracy. It sends ex-state officials or their kin’s people and allied groups to the parliament and elected offices. It does so in the name of the people and building a ‘Naya Pakistan’! It is not that these parties do not have people or elected members from the lower tiers of the society. Yes they have them but they are few and far between and not in a position to clearly articulate or push through an agenda or manifesto for the lower classes of the country as a group.

None of the country’s major Islamist parties has ever put the social or economic interests of the working people and the poor on their agenda. Their role has mostly been that of the collaborationists of the elite. Jamat-i-Islami’s collaborations with the military dictatorships and right of the center elite parties are an evidence of this history. The JUI has been an ally of almost all the parties that have ruled the country or one of its provinces over the past two decades.

The dearth of political parties that have an agenda for the proletariat and the lumpenproletariat as a class has led the society to a point where we have a large category of people who remain unrepresented because they do not have the economic or organisational clout to articulate and push through their demands in the national economic and political discourse.

The chief risk of this situation is the fact that these marginalised, unrepresented and disenfranchised people become an easy prey to crime and extremist outfits and groups. Crime offers them easy money and relief from their miserable plight. An extremist Islamist group offers them a sense of power, the prospect of a struggle for a holy cause or martyrs’ death leading to a beautiful afterlife according to the Islamic teachings.

There is absolutely nothing surprising about the spike in crime rates in Karachi or the rise of religious extremism in Punjab, KPK or FATA. To a large extent, it is a consequence of the rise of big money, its political and social dominance and a general failure of neoliberal capitalism in Pakistan. Military operations and counter-crime drives through coercive arms of the state can control them in the short term but the long-term solution to these problems can come only by enfranchising the lower strata of the society politically and economically.

This can best be done by leftist parties that organise working people for a well-informed and educated struggle for a proletarian agenda. The starting point for waging such a struggle can be a leftist programme for the 21st century Pakistan framed by a consensus of all the leftist parties of Pakistan.

Let us see how capable are the Pakistani leftist parties to craft such a manifesto and form a popular front for achieving it.