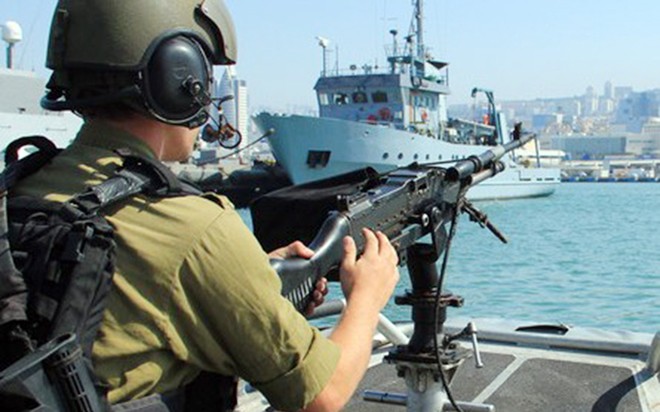 The carnage at the Istanbul airport on June 28 rightly shocked the global community, but it also overshadowed another major development in Turkey -- a Turkish-Israeli agreement.

Turkey was the first Muslim dominant country to recognise Israel in 1949, but since the 2010 Israeli raid on a flotilla carrying Turkish citizens, relations between the two allies had reached their nadir as Turkey held the Israeli government responsible for the death of eight Turkish nationals. The recent agreement stipulates that Israel will pay US$20 million in compensation to the victims of the flotilla raid, and Turkey will drop legal charges against the Israeli soldiers involved in the raid.

Moreover, Turkey will be allowed to build a hospital, a power station and a desalination plant in the Gaza strip. On the face of it then, Turkey seems to have undertaken an agreement which will ameliorate the plight of destitute Palestinians. It is important to realise, however, that the treaty fails to address, and in fact deliberately ignores the centerpiece of the Palestinians’ grievance -- the legitimacy of the occupation.

The peace treaty has political and economic ramifications which will not only boost Israel’s economy, but also allow Netanyahu to shore up Israel’s global image, further perpetuating an illegal occupation.

Turkey’s decision to recant on its efforts to pursue legal action against Israeli soldiers participating in the raid (which occurred in international waters) and to transport aid materials through Israel to Gaza is in fact a silent acquiescence of Israel’s illegal occupation. A legal decision against the soldiers, who were acting on government orders, would have brought the government of Israel’s actions under the legal limelight, a scenario which the Israeli government has avoided with quite consummate skill since 1967.

Despite the UN and independent bodies’ efforts to bring Israel’s oppressive acts to the fore, Israel has always escaped international condemnation for its occupation. Furthermore, by agreeing to transport aid through Israel’s Ashdod port, Turkey has given Israel the ideal opportunity to enhance its global image by claiming that it does not circumscribe movement of aid material in an out of Gaza, and by agreeing to use the Ashdod port to transport these materials, Turkey is in fact acknowledging Israel’s right to control the movement of goods and people in and out of Gaza.

This approach, therefore, has two drawbacks for the liberation movement of the Palestinian people. On the one hand, Israel has won a legal battle by Turkey’s promise to drop legal charges against Israel. Second, Turkey has tacitly shown its approval of the Israeli occupation by agreeing to use the port, because if Israel is to be the final authority of what comes to and goes from Gaza, it will also carry the final say on the movement of Palestinians in and out of Gaza. This is the most crucial stipulation of the agreement, as the flow of aid materials through Ashdod will set a precedent where other states approach Israel to discuss flow of goods to Gaza, thus further reinforcing Israel’s occupation. It will make Israel even more reticent towards setting up an air and sea port in Gaza -- a critical demand of the denizens of Gaza.

Israel, therefore, will gain the most out of its agreement with Turkey. Turkey’s stronghold over Hamas will prevent the organisation from launching attacks on Israel, at least for a short time, and the treaty will also allow the Israeli government to earn millions from the trade through Ashdod, all the while denying Palestinians their own independent port.

By acknowledging Israel’s right to control the flow of goods into Gaza, Turkey has therefore, wittingly or unwittingly, given credence to the Israeli blockade and acknowledged the Jewish state as the ultimate authority in the occupied land. It is important to note, however, that Turkey alone cannot launch a legal and diplomatic salvo against the Israeli occupation, and it needs the support of the global community to remonstrate against Israel’s oppressive policies. This support, unfortunately, will not be forthcoming if Israel’s occupation is given further credibility.

Turkey’s acknowledgment of Israel’s control, therefore, will only make the world community more blasé towards the sufferings of Palestinians. Yes, the treaty has a short term fix for the suffering of people in Gaza, as electricity and a hospital will indeed improve the lives of many, but the long term legal and political struggle against Israeli occupation has suffered a major setback with this agreement.

The UN Secretary General very aptly labeled the Israeli occupation as ‘collective punishment [against the Palestinian people] for which there must be accountability’. For now, however, any form of accountability seems very far off, as Israel continues to enjoy legal immunity, and the Palestinians continue to wait for the sun of freedom to shine on their harrowed faces.