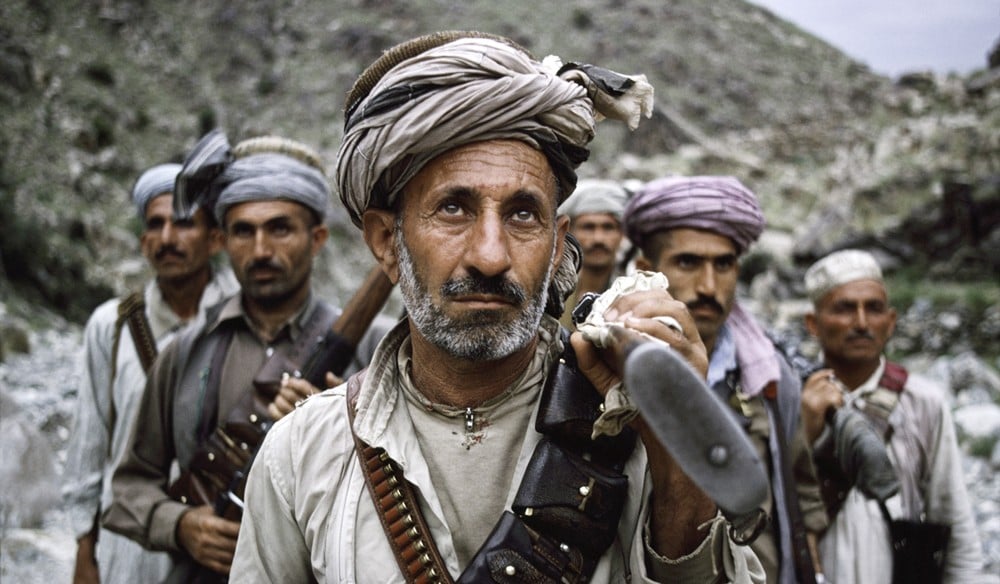 The statement issued by Mehmood Khan Achakzai, Chief Pashtunkhwa Milli Awami Party (PkMAP), that Khyber Pakhtunkhwa belongs to Afghans, has gone viral. People have either endorsed his statement or have lambasted it. Although Khan clarified later that he was misquoted by the Afghan newspaper, the Afghanistan Times, the much damage has already been done.

So, what is the difference, if any, between an Afghan and a Pashtun? Do Pashtun transborder nationalist sentiments, within the context of Achakzai’s statement, amount to treachery?

This article is an attempt to distinguish reality from rhetoric.

In fact, Pashtun and Afghan are interchangeable words. The problem is that many people in Pakistan believe that a Pashtun’s claim to being an Afghan smacks of disloyalty to the country. This mentality borders on sheer xenophobia. It is true that every Afghan is not a Pashtun but every Pashtun is an Afghan. In Pashtun nationalist circles, the use of Afghan as an interchangeable word for Pashtun transcends party lines across the ANP and PkMAP binary division.

Every informed reader, Pashtun or otherwise, of Pashtun history is aware that every Pakistani Pashtun is an Afghan not in the juridical sense of being a citizen of Afghanistan but in the sense of stating oneself as Pashtun by another name.

What is equally important to mention is that there are Pakistani Pashtuns, probable in a majority, who prefer to be called Pashtuns than Afghan. The vast majority of the PTI’s Pashtun constituency in Khyber Pakhtunkhwa and the rest of Pakistan subscribes to this worldview. This is mainly the result of inculcation through textbooks whereby Pashtun other than Afghan constitutes as one of the four major ethnicities in Pakistan.

Pashtun response to transborder nationalism is not monolithic; it has never been. Let us not forget that in the wake of Pak-Afghan Torkham border shelling in June, Pashtuns were at the forefront who heaped scorn on Afghans on social media.

In the last week of June, during my last visit to Peshawar and Torkham up to the site of Pakistan’s construction of a gate around 40 feet within our side of the border, I interacted with residents of Peshawar, including a few Afghans in order to know people’s response to Torkham clashes.

Surprisingly, among the common residents of Peshawar, the skirmishes have helped trigger a general consensus for the repatriation of Afghan refugees to Afghanistan. Obviously, the long term factor for the call of sending Afghans back to their country is the fear -- both perceived and real -- that Afghans have been dominating job market in the private sector by rendering local population jobless.

No different is the story in Balochistan. According to UNHCR, Quetta and Pishin are the second and fourth most Afghan populated districts in Pakistan respectively. The overwhelming response one gets from local Pashtun population there is a popular demand for the return of Afghans to Afghanistan.

Whether Mehmood Khan Achakzai was misquoted by the Afghanistan Times or he has just backtracked on his earlier stance that Khyber Pakhtunkhwa belongs to Afghans, he clarified that former was the case. Nevertheless, when it comes to PkMAP’s stance on Afghans in Balochistan, it has been the standard position of the party that Afghans live on their homeland, which by implication means the Pashtun populated areas of the province. Does believing so amount to secessionism?

The PkMAP’s use of the ‘Afghan refugees card’ has been a political tactic to fetch votes at elections. Similarly, the Baloch politicans and nationalists’ call for the return of Afghans to Afghanistan whether "honourably or get thrown by the people of Balochistan," as exemplified by Sarfaraz Bugti’s recent statement in June, is meant to appeal to Baloch sentiments: a tactic to win over Baloch voters. In Balochistan, the Baloch and Pashtun nationalists have been failing to deliver public good to masses. The war of words is just a political tactic to keep public divided and mobilised along nationalistic fault lines.

For the central government, there is nothing to fear from rhetoric. It is important that border management by the two countries must be good to generate goodwill. People should be facilitated than humiliated. On the 55 kilometre road between Torkham border to Peshawar city, there are 11 security checkposts. While people levelled corruption charges against the deployed men, their behaviour was humiliating too. Tribesmen have suffered a lot. They deserve better.